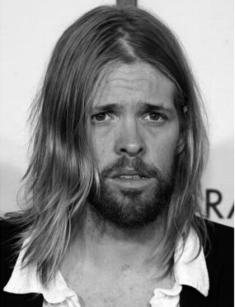 Oliver Taylor Hawkins is a California-native musician. Taylor was best known for being a drummer in the Foo Fighters rock band. He tragically passed away on March 25, 2022. The 50-year-old rocker died of drugs.

The aspiring musician grew up with his sister Heather and brother Jason after being born in Fort Worth, Texas, on February 17, 1972. Taylor spent his early years and attended school in the California vacation town of Laguna Beach after the Hawkins family relocated there in the middle of the 1970s. He was a large, ignorant, loser kid that no one liked, as Taylor recounted in an interview. When parents handed their 10-year-old son a drum set, everything changed. The youngster picked up the instrument very fast, won the talent show at school, started playing in small ensembles, and gained notoriety in his town.

After working with Canadian rock musician Sass Jordan when he was younger, Taylor joined Alanis Morissette's band in the mid-1990s. After working with the Canadian-American artist for two years, Hawkins parted ways with the star to join the Foo Fighters after taking part in concert tours and various videos.

After Kurt Cobain's passing in 1994, the rock group debuted. Former Nirvana drummer Dave Grohl decided to launch his project, which record companies instantly embraced. The Foo Fighters started working on their second album in the spring of 1996, but William Goldsmith departed the group amid a scandal. The following year, Grohl got in touch with Taylor, whom he had known for a very long time, to suggest someone for the drummer post. Although Alanis Morissette was far more well-known than the Foo Fighters at the time, Taylor still wanted to join the band. The musician then admitted that he also wants to sing and write songs in addition to playing the drums.

The drummer's personal life has been linked to Alison Williams since 2005. Taylor resided in the foothills of Topanga Canyon in California with his wife and three children, Oliver, Annabelle, and Everly. Taylor battled a heroin addiction for the majority of his life. The drummer acknowledged that he developed a drug addiction as a result of lacking self-confidence in his abilities. The musician overdosed while on tour in the UK in the summer of 2001, and he fell into a coma for two weeks.

The musician died at the age of 50. That happened on March 25, 2022, when he was touring in Bogota, Columbia. Taylor died right in the hotel room, and the cause of death, as the analysis claimed, was various drugs. Doctors found opioids, benzodiazepines, antidepressants, and THC in Taylor's blood.

Here are the most essential records in Taylor's career: