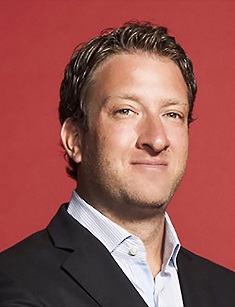 The Swampscott native, Dave Portnoy is widely known as a founder of Barstool Sports, a blog network that delivers content for the fraternity sports fan set, ranging from quick takes on media and culture to straight-up video aggregation. He was married in 2009 – 2017. Dave’s net worth is estimated at around $13.5 million, including all of his properties and earnings.

David’s birthplace was Swampscott, a town in Essex County, Massachusetts. Dave was born to his parents on March 22, 1977. There is no information about Dave as a child, but it is known that he studied at the local high school. After graduation, he entered the School of Nursing at Michigan, where he quickly transferred into LSA after arriving on campus.

Dave was unable to pass the undergraduate language requirement and moved to the School of Education. He graduated with no intention to become a teacher. He lived in West Quad Residence Hall during his freshman year. There Dave found close friends among the wrestling team’s members.

In 1999 the alumnus moved to Boston and began working in sales where he gained experience pitching ideas to prospective advertisers and an understanding of how to maintain an audience and a market for his product. Dave got a job at independent technology research and consulting firm.

In 2003 Portnoy launched the first issue of the Barstool Sports newspaper. He spread it through metropolitan and street corners. Initially, Dave wrote the articles himself and also distributed issues on the streets. Soon, his friends began to help Dave in finding interesting topics and writing various pieces.

The original Barstool Sports site was launched only in 2007 when a fan of the original newspaper version moved to New York but still wanted access to Portnoy’s product. That avid fan created a site where Portnoy could upload content in a PDF format and effortlessly posted it to the site. Since then the site has taken off nationally, with fans referred to as “stoolies” ranging from college-age students to many of Boston’s professional athletes.

In 2013 the site included separate blogs for New York, Philadelphia, Chicago and more. Barstool Blackout Tours, which started as a party series at fraternities, had expanded into a huge moneymaker, featuring shows across the nation including the University of Michigan. Barstool had also expanded into original YouTube content through The Bro Show which Portnoy felt could turn into the next big thing for his franchise with a possible TV deal on the horizon.

In 2016, Portnoy announced The Chernin Group bought a majority stake of the platform. The Portnoy’s fans considered him to be the inventor of the Internet. While Outkick the Coverage founder Clay Travis copied Portnoy’s Internet model in everything. In January 2019, Dave and Clay crossed paths as a PR firm who allegedly represented Barstool Sports reached out to Clay asking if his Outkick Show could have Portnoy on to talk about him being kicked out of Super Bowl Media Day.

The PR firm obviously wasn't aware of the feud, but it triggered a wave of comedy on Twitter when Clay posted a screengrab of the email. Portnoy apparently wasn't laughing, and the next day went on his podcast and went on a 12-minute tirade ripping Clay.

In May 2019, During Game 2 of the Stanley Cup Final at the Boston Bruins’ TD Garden, fans were treated to rally towels co-sponsored by the Dave’s Barstool Sports. Some people freaked out because of that harmless collaboration, demanding that the Bruins disavowed Barstool.

In August 2019, Dave Portnoy was the top trending topic on Twitter, and he got there after being called out by US Representative Alexandria Ocasio-Cortez over his anti-union stance. Portnoy had joked many times in the past that he would crush any efforts his employees make to unionize. After the editorial staff of The Ringer announced on August 12 that they were unionizing, he reminded his employees that his thoughts on the topic had not changed.

In fact, he said any employee of Barstool who explored the possibility of forming a union would be fired. Portnoy was willing to say just about anything if he thought it would lead to good content, but even he probably never expected a direct response from Ocasio-Cortez. AOC decided that a good use of her time would be trying to get Portnoy into trouble:

“If you’re a boss tweeting firing threats to employees trying to unionize, you are likely breaking the law &can be sued, in your words. All workers in the US have the protected freedom to organize for better conditions.”

In May 2015 David was one of the four employees, who were arrested during a sit-in at the NFL headquarters in NYC. They were protesting the league’s punishment of Tom Brady and the New England Patriots for the Deflategate scandal. They hoped to speak to NFL commissioner Roger Goodell. The incident led to Dave’s ban by the NFL.

In February 2019, in the middle of the most boring Super Bowl ever, Portnoy was able to garner some serious attention again. He was removed from his seats at Mercedes Benz Stadium in Atlanta and dragged away from the game. Portnoy was put in handcuffs by security and followed by Atlanta police.

Before they the police removed them, both bloggers were able to fire off some questions. Portnoy called Rams defensive tackle Ndamukong Suh “one of the dirtiest players in the NFL” and warned him not to injure Tom Brady. He also confronted Rams running back Todd Gurley for taking a knee instead of scoring a touchdown at the end of the Rams’ October win against the Packers, claiming the decision lost him $40,000 in bets.

Dave is known for eating a slice of pizza every day for the past two years. He said he had dropped some pounds since he started the habit. He reviews each slice on camera in a series called One Bite With Davey Pageviews. The videos have taken on a life of their own, even outside his duties of running an online sports conglomerate.

Began as a contest between friends, it has grown into a big video project. In the episodes, there often appeared famous people. In the May 2019 episode, Debbie the Uber Driver was back and made Dave late for his pizza. One of the most popular videos of Portnoy’s channel is his visit to Atlanta’s Antico.

David married to Renee Satherthwaite in 2009. Renee and David started dating long before he established his website, Barstool Sports. In 2017 David decided to divorce his wife. Since then, Portnoy has dated and broken up with another woman, Jordyn Hamilton. In May 2019, the Reddit figured out who Portnoy’s new girlfriend Claire Jacobs. However, that information was not confirmed by Dave.

In 2012 Dave suffered a heart attack. He was walking up a single flight of stairs and was so disgustingly out of shape that he rushed himself to the hospital because he thought he had a heart attack. It turned out that he was wrong; he just ate so much buttered popcorn that his body gave him a strong thrashing, giving him a little bit of a scare.