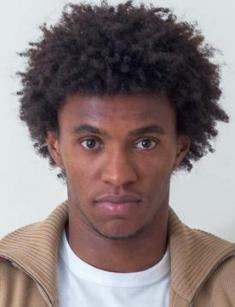 Willian is a Brazilian soccer player whose life is the picture of many boys’ dreams: interest transformed into a hobby and then became a profession. Today, prestigious soccer clubs would like to have him, and even opponents admire his style.

Willian Borges da Silva was born on August 9, 1988, in Ribeirão Pires, Brazil. According to the athlete, he was a fidgety child and did not take much interest in studies. In comparison, soccer was something the boy was absorbed in.

Four-year-old Willian did not miss a single match of the local club, Corinthians, and dreamed of playing with his favorite sportsmen. The dream came true: the young man was accepted to its academy and, later, youth team. At the age of 16, da Silva chose the position of a winger; he participated in his first national championship two years later.

2007 is considered to be the beginning of Willian’s career: Shakhtar Donetsk bought the talented Brazilian for €14 million. The then coach, Mircea Lucescu, did not hesitate to spend this money, and it proved to be the right choice: Willian made friends with his teammates quickly and met fans’ expectations. Soon, the club became the champion of Ukraine.

The sportsman won the same title three times, as well as three Ukrainian Cups: his steady, high-level manner helped him score many goals.

At the beginning of 2013, Willian transferred to Anzhi Makhachkala for €35 million; sports titles reported he earned about €2,5 per year. However, Russian soccer did not make the player famous.

Willian had to miss matches and training because of his trauma, and then the club administration revealed its new development plans that did not imply such an expensive team member.

The same year, in August, fans were talking about Willian’s contract with iconic Chelsea from Great Britain. The transfer negotiations were going on for a while; at the end of the month, the sportsman joined the club and got number 22.

This is where the young man’s talent sparkled; soon, people called him the team’s leader. In 2016, Willian became Chelsea Player of the Year; indeed, his playing was masterful and seamless.

At the same time, the athlete played for the Brazil national team. Before 20, he managed to become South American Youth Championship winner in 2007.

In 2011, Willian appeared in the field as the main national team member. Although he stepped in for other athletes both times, the man showed a good game. Besides, one could see the winger 2015 Copa América.

Soccer experts and fans emphasize Willian’s concentration during a match; he is smiling calmly at such moments. As the athlete told journalists, he tried to play in good spirits only: it was necessary for him to feel happy in order to unfold his talent and give everything he has. In addition, it was significant to have a good sleep before a competition and avoid junk food.

The Portuguese Ronaldo and the Brazilian Ronaldinho are Willian’s icons; these masters influenced his own soccer style.

The handsome athlete’s personal life has been happy. In 2011, he proposed to his girlfriend, Vanessa Martins, and she said yes. Jádson da Silva became Willian’s best man; they used to play in Shakhtar Donetsk together.

The next year, the couple welcomed two daughters, Valentina and Manuella. Today, Willian spends all his spare time with his family.

The man is fond of sports cars; he used to own Lamborghini Gallardo. The expensive hobby does not prevent him from caring about other people: Willian supports a hospital in Brazil.

The player likes rap music; 50 Cent is his favorite artist.

At some point, fans were discussing the player’s possible leave-taking: the sportsman did not like the coach Antonio Conte. Manchester United was aware of that situation and stayed alert, ready to offer Willian a contract.

However, Chelsea’s manager changed; today, it is Frank Lampard who leads the club. Willian’s contract is going to expire in 2020. Barcelona had tried to buy the player, but the English did not agree.

In 2018, Willian participated in FIFA World Cup as the Brazil national team member. In the 1/8 finals, the team faced the Mexico national team and defeated it; the score was 2:0.

Besides, 2018 brought the athlete his own restaurant, Baboo: he opened it with his Chelsea colleague David Luiz. Apart from ordinary guests, Willian’s friends and famous soccer players have visited it: João Miranda, Neymar, Cássio Ramos, and Pedro Geromel.

Fans are looking forward to their favorite’s new achievements. One can learn the latest news about Willian on his Instagram page: the man shares some plans and touching pictures of his daughters and wife.