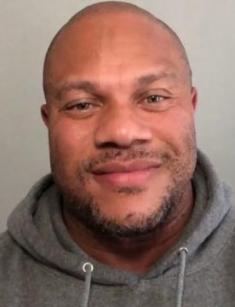 American bodybuilder Phillip Jerrod "Phil" Heath is an IFBB professional bodybuilder who has won numerous titles and awards during his sports career. In 2011, having won the Ironman Pro and Arnold Classic tournaments, he first won the Mr. Olympia competition and defended his title for several years running.

Phillip Jerrod "Phil" Heath was born under the Sagittarius zodiac sign on December 18, 1979, and since childhood, he fell in love with sports. He was fond of running, games, and basketball, and eventually learned to play the ball masterfully.

In 1998, the young man was admitted to a private university in Denver. Although he was not very tall, Phil became the shooting guard of the student team, having proved himself to be a valuable and promising player.

At that time, he began to dream of becoming a member of the professional league and improve his body diligently, paying attention to the muscles of the arms, abs, and legs.

Therefore, Heath stayed in the gym after classes and learned to throw a perfect ball, and thanks to the acquired skills, the Denver team won the division 1-A competition, and Phil became the star of the match and received a cash prize.

However, after graduating from the university, the young athlete was not destined to pursue a career in basketball, but regular physical exercises and training helped him later. In his youth, the sport instilled in him such skills as a discipline, endurance, self-control, and perseverance, which helped to achieve the goal in the future and show excellent results in bodybuilding.

In 2002, Phil Heath weighed about 264.55 lbs. (120 kg) with a height of 5.74 ft. (175 cm), and his inflated shoulders and biceps were great for bodybuilding. Therefore, the young man developed a training program under the supervision of specialists, and the most difficult thing was to change the diet from 3 to 6-7 times a day.

Soon, the athlete set the goal of becoming a member of a professional bodybuilding tournament and began preparations for the North Colorado Championship, which was held in the USA in 2003.

Heath took this process seriously. He benched press and did other useful exercises, striving for a victory, and then acquired a camera to take progress photos. Thus, he cared for the ground of muscles that did not develop well, and regulated physical activity to diversify the training process.

As a result, the novice bodybuilder won his debut competition and improved his body even more and conquered the whole world a few years later thanks to the acquaintance with the stars, including his future trainer, American athlete Jay Cutler.

On the way to international fame, Phil won his second title, Mr. Colorado, as well as an amateur tournament called the NPC National Bodybuilding Championship. And then he won the NPC USA Championships in the heavyweight division, which gave the right to join the ranks of professional bodybuilders and participate in the Arnold Classic competition.

The press admired the success of the athlete who has not faced a single defeat for three years, and one of the witty journalists nicknamed Heath "The Gift."

However, in his first Mr. Olympia competition, Phil lost to his mentor Jay Cutler and the winner of numerous professional contests, Dexter Jackson. But since 2011, he regularly outperformed rivals, including Kai Greene, Branch Warren, Mamdouh Elssbiay, and Dennis Wolf. Only in 2018, Jamaican athlete Shawn Rhoden could show better results than the American bodybuilder and stop his supremacy.

In his youth, Phil celebrated a wedding with an African American girl named Jennie, who was diagnosed with cancer in the 2000s. The athlete was worried about his wife's well-being, but it did not prevent him from pursuing a career.

It turned out later that the athlete who did not have children in this marriage had a lot of love affairs. So, having learned the news of a possible recovery, he soon filed for divorce.

In 2015, Heath appeared with a new girl at a professional tournament in Prague, and, judging by the Instagram comments, she is his new wife.

Heath said in an interview with reporters that he planned to participate in the Mr. Olympia competitions in 2019, but he was not included in the list of applicants due to the hernia repair surgery.

Then the athlete said that he left behind the most difficult things and intended to start training soon. So, now, his hard work is aimed at the 2020 competition.

Phil Heath has a net worth of $5 million.