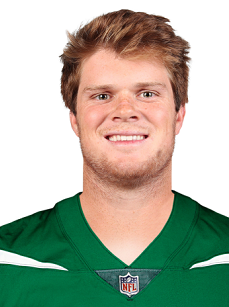 Samuel Darnold is a celebrity and famous American football quarterback for the New York Jets. He is a player of the National Football League. Before entering the League, Samuel performed in the college football team at USC. In 2018, the player was selected third overall by the Jets NFL Draft.

Samuel Richard Darnold was born on June 5, 1997, in Capistrano Beach, California. His father's name is Michael Darnold. Chris Darnold is his mother. She is engaged in sports as a teacher.

Samuel is not the only child in the family. Sam was raised by his parents along with his sibling, her name is Franki Darnold. The brother and sister were always together. Sam recalls how he watched the cartoons with his sister, and then continued watching ESPN with his father. His sister is a college volleyball player.

During his youth, Samuel played baseball, basketball and football. Later, he decided to start a professional career as a football player.

In the 2015 season, Sam Darnold played in his freshman year as he was behind the players Cody Kessler and Max Browne on the depth chart.

In 2016, Darnold was the second-string quarterback behind Max Browne. After the start to the season, Browne had to spend time in the bench in favor of Darnold.

Sam showed excellent results in his first career start with USC against the Utah Utes. After the loss, Darnold's Trojans did not lose a game for the remainder of the season, including the win over the Washington Huskies.

Darnold also succeeded to set the school record for most passing touchdowns by a freshman with 26. He broke the previous record that was established by Todd Marinovich in 1989.

Against Arizona and California, Darnold became the first quarterback in school history to record five touchdown passes in consecutive games, while also throwing for multiple touchdowns in eight straight games.

Darnold again performed well and was praised in the 52–49 victory over Penn State. In January, 2017, Darnold was awarded the Archie Griffin Award. This award was given every year to college football's most valuable player to his team throughout the season.

Darnold became an early favorite for the Heisman Trophy, and eventually a first-round pick in the 2018 draft. The season did not start the way Darnold had expected. In six games, he had matched the number of interceptions that he had thrown the previous year. Some people say it happened due to a new receiver group, numerous injuries of the player, and some questions with coaches.

Despite this, Sam led USC to a dominant victory over Stanford. He then led an overtime victory over the Texas Longhorns during which he drove the Trojans to a game-tying field goal in the final 39 seconds of regulation.

Sam also contributed to the success of USC and led it to the Pac-12 Conference championship. The win earned USC a spot in the 2017 Cotton Bowl.

In 2018, Darnold made his professional debut. It happened on August 10 and it was his first preseason game against the Atlanta Falcons. At the end of the month Jets named Sam the starter for Week 1 after completing his best throws in the 2019 season.

Darnold played his first regular-season game in September, 2018 during Monday Night Football against the Detroit Lions.

During a rematch against the Dolphins in Week 9, Darnold got a foot injury. He had to miss some games, that is why Josh McCown was invited to start for the Jets.

Darnold returned to action in a Week 14 matchup against the Buffalo Bills. Samuel left the game due to an injury on the same foot, but eventually returned. He led the team on its game-winning drive, completing a 37-yard pass to Robby Anderson to help set up a touchdown run by Elijah McGuire.

In 2019 season, during the Jets' home opener against the Bills in Week 1, Darnold finished with 179 passing yards and a touchdown. His rookie season was controversial; the player had a mix of ups and downs. However, with his strong finish to 2018 and the Jets’ decision to make several splashy free-agent signings, he had hopes for 2019.

Sam Darnold’s creativity and potential made him a worthy Dynasty League Football investment. He impressed for Jets, and was compared to another famous player Daniel Jones who amazed in New York Giants preseason win.

There were talks on just how good Darnold was in Year 1 and the athlete was expected to perform well from a Fantasy Football prospective the 2019 season. The player shared that he was ready for a Year 2 Fantasy Football breakout.

Among the latest news in September 2019, there were discussions about Darnold disease. He was diagnosed with mononucleosis. This fact led him to knocking out of the team’s Week 2 matchup against the Browns. This disease can ravage and athletes body and take time to recover from the illness. When the sportsman returns to sport is unclear. So, head coach Adam Gase is getting ready for Darnold to miss several games.

Also there are discussions if Jets should trade for Eagles’ an American football quarterback Nate Sudfeld or not. The Jets have a need for a backup quarterback. Because of Darnold's illness, the team is planning to turn to backup Trevor Siemian as their starting quarterback. Moreover, Sam Darnold was going to appear in a rematch against Baker Mayfield, but the player is told to take time for recovering.

Speaking of Darnold's playing style, he is often called a "gunslinger" for his mobility which allows him to escape pressure, extend plays and throw on the run.

At present, the famous sportsman is dating his girlfriend, Claire Kirksey. They started their romance in September 2017. They both attended the University of Southern California and started dating since then. She is not his wife yet, but the duo are happy with their relationship and hopefully, in the future, they will become an official couple. Claire is from Huntington Beach, California. She played in the school's softball team.

The player is pretty famous in social media. He has over 190,000 followers on Instagram. Sam publishes photos of him with Claire from time to time. Mainly his posts are about his sports life.

Fans of the player have a possibility to show their ultimate support and buy Sam Darnold's USC college jersey which come in different sizes ranging from men and women to youth. Also there are popular men's New York Jets Nike black game jerseys with the printed name of the sportsman.

Career stats of the player can be found at www.nfl.com.

The net worth of the athlete is estimated at around $20 million. All his earnings come mainly from sports, but sometimes he is also engaged in endorsing products. For example: Stance Socks, gift diamonds from Kay Jewelers, and Tostitos, a brand of Frito-Lay that produces tortilla chips.