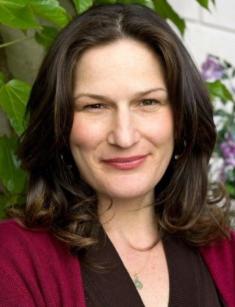 Ana Gasteyer is a popular actress who gained her popularity in the show Saturday Night Live, where she has worked from 1996 to 2002. She appeared in such sitcoms as ABC's Suburgatory and Netflix's Lady Dynamite. Ana is also a talented singer, who issued two music albums and performed in the show The Masked Singer. Many people know her as a comedian with a good sense of humor.

The actress was born in Washington, D.C. Her mother is an artist, and her father is a lobbyist who became the mayor of Corrales, New Mexico.

Ana got an education at the Friends School and Northwestern University School of Communication which she finished in 1989.

According to Ana, she has been on stage since she was a child. She started playing the violin in kindergarten. At the age of 10, she became pals with a fellow classmate named Amy Carter at school. This acquaintance led to her first important gig playing a private concert for President Carter, Egyptian President Anwar Sadat and Israeli Prime Minister Menachem Begin during a break in the 1978 Camp David Accords.

Ana's career started when she worked at the Los Angeles improvisation theater The Groundlings. She was given small parts but at that time she began performing in shows.

In 1996, she joined the cast of the popular show Saturday Night Live. She has worked for six years in the show and left it in 2002.

After working in the show, Ana was seen in various TV programs and movies. In 2004, she starred in the teen comedy movie Mean Girls along with other former SNL castmates.

Ana performed in a revival of The Threepenny Opera on Broadway. In June 2005, the actress had the role of Elphaba in the musical Wicked. Her acting was fantastic and she was nominated for a Jefferson Award.

In 2007, there was news that Ana was in the cast of the musical, Writing Arthur. It was a fantastic show, and she performed in this musical for several months in Chicago.

The actress was going to star as Gloria in the concert series Encores! Production. However, Ana suffered an injury during rehearsals and was replaced by Megan Lawrence.

Her other successful roles include starring as Kitty Dean in the Broadway play, The Royal Family which began performances in September 2009. She also appeared as Larry David's girlfriend in the comedy television series Curb Your Enthusiasm. From 2011 to 2014, Ana co-starred as Sheila Shay on the ABC comedy series Suburgatory.

Ana is known to be a good singer. She started singing in 2014 and recorded the album I'm Hip. The album consists of jazz songs. In October 2019, to cheer up everyone before the New Year and Christmas holidays, Ana presented the album with Christmas music named Sugar & Booze. Now the album received warm critics and has good sales.

Ana is known for SNL characters including middle school music teacher Bobbie Moughan-Culp, NPR radio host Margaret Jo, Lilith Fair poetess Cinder Calhoun. And her performances as Martha Stewart and as Celine Dion are one of the most popular too.

When the show celebrated its 40th anniversary with 3 hours of nostalgic sketches, Ana and Will Ferrell performed as Marty Culp and his wife Bobbi Mohan-Culp, the two cringeworthy music teachers who sing operatic medleys of Top 40 hits.

She had been on the show for six years. In 2010 and 2012, Ana returned to the show for a special Mother's Day episodes.

The actress is married to Charlie McKittrick since 1996. He is the Chief Strategy Officer & Partner at Mother, a marketing and advertising firm in New York. Ana and her husband have two children: a daughter and a son.

Recently, Ana performed a song in a Tree costume on the popular show The Masked Singer. She sang the song “Think” by Aretha Franklin. In her second clue package, Ana mentioned that she’s “not a regular tree, she’s a cool tree.” Everybody had to guess who is hiding under the suit. This mentioning was almost a direct reference to the movie “Mean Girls,” in which she starred. She also mentioned she has a “Wicked” flair, nodding to her role as Elphaba in the production of Wicked. In the end, Tree claimed she’s a brand ambassador for something food-related and it is known that Ana took part in Weight Watchers commercial. The judge of the show Jenny McCarthy was correct with her guess. However, Nicole Scherzinger and Robin Thicke thought it was Amy Sedaris, a host of the famous show At Home With Amy Sedaris, because they heard references to comedy, Broadway and Christmas movies in Ana's story. After the reveal, many people were excited to know that it was Ana Gasteyer. According to her, she was happy to take part in the show.

The actress has Twitter and Instagram accounts, where she posts the latest news from her life, filled with exciting moments.

The actress has a net worth of $2 million.