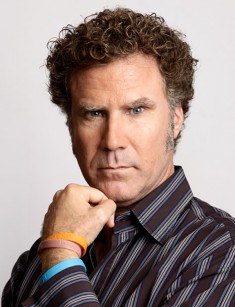 John William Ferrell is an American actor, the star of the comedies Zoolander, Elf and The Other Guys. At first, Ferrell became famous as a comedian and a cast member on the comedy show Saturday Night Live.

Will Ferrell was born in Irvine, California. His mother Betty Kay Overman worked as a simple teacher at the elementary school, but Ferrell's father, Roy Lee, was a famous musician, keyboard player with the well-known band The Righteous Brothers. The family also brought up the younger brother, John Patrick.

When Ferrell was eight years old, his parents divorced. However, the boy reacted positively to this news, saying that he would have two Christmas and birthday gifts. In general, Will has had a good sense of humor since childhood. He also showed his acting skills early. The boy already simulated the voices of celebrities in junior school.

But he saw that his father's paychecks were never steady, and Ferrell decided not to connect his life with show business. He entered the University of South Carolina and graduated with a B.A. degree in sports information. Ferrell even worked as a sports commentator for a while, and also was a driver and a teller. On the first day as a chauffeur, he crashed the car and was fired. When he worked as a teller, he managed to come up short $ 500 for two days, and Will lost a job again.

Then his mother told Will that he should do what he liked. He decided to try his hand as a comedian and was cast in the improvisational and sketch comedy troupe The Groundlings. A lot of its members moved to the top-rated American show Saturday Night Live. There were such stars as Kristen Wiig and Melissa McCarthy in the troupe. But Will was the only member of this project who was nominated for the prestigious Emmy Award.

Ferrell devoted more than seven years to this comedy show, and in 1995 he decided to focus entirely on the cinema.

Will Ferrell began filming when he was a comedian but left the famous show for the role of Mustafa in the grotesque comedy Austin Powers. At the same time, the actor played one of the glamorous brothers in the slapstick comedy film A Night at the Roxbury.

The actor became famous after filming in another comedy movie Zoolander which tells about the crisis in the life of the male model, who has been one of the world’s most famous top models. Ben Stiller played the leading role in the film and also was a director. Ferrell played one of the core roles too.

The same year, Will Ferrell appeared in Kevin Smith’s cult movie Jay and Silent Bob Strike Back, although he played a secondary role of the marshal.

The movie Elf sealed the actor's glory. Will portrayed a man who had got into the "family" of Santa Claus in his childhood. This time, Ferrell played a leading role. The grown-up boy, who was adopted by the elves, returns to the outside world to find birth parents, and to restore the faith in Christmas.

Ferrell played the roles of athletes several times. A year later, in the sports comedy Blades of Glory, the actor played the role of a professional figure skater, who was banned from participating in competitions after a fight with an opponent on the award podium. As a result, Will Ferrell’s hero cooperates with the rival who has the same punishment to skirt the ban and participate as pairs team in the World Games.

A year later the actor appeared in the role of a basketball player and the coach of the basketball team in the film Semi-Pro. The hero plays in the worst club of the American Basketball Association, and it is in danger of dissolving by the new National Basketball Association. The coach-player promises himself that the club will be among the top four best teams and move to the league.

During the same period, the actor got a role in the film Step Brothers, where Will Ferrell played a forty-year-old unemployed man, who still lived in his parents' house.

The next prominent role in Ferrell’s acting career was the image of an eccentric scientist in the adventure comedy Land of the Lost. The actor's hero comes up with a way to travel through time, but during the experiment, he loses the tachyon amplifier necessary for the return.

The career of the comedian was not without ridiculing police. In 2010, in the movie The Other Guys, Will Ferrell played a policeman from the bookkeeping department, who got a chance to prove his importance to colleagues and to investigate the robbery of millions of dollars, although he does not have the right to drive a police car.

The family movie Daddy's Home with Ferrell in the leading role has also become popular. The actor played the role of a man who decided to spend the holidays with his ex-wife and children. But the ex-wife has already married again, the children have a stepfather, and the father has to compete with him.

The same year, the actor played the role of a wrongfully convicted manager, who is preparing for prison, in the comedy film Get Hard.

By the way, all projects mentioned above belonged to the comedy genre. Nowadays, Ferrell’s filmography has about 100 movies where the actor has collaborated with the Hollywood stars, including Nicole Kidman, Woody Harrelson, Mark Wahlberg, Zach Galifianakis and others.

Will Ferrell is one of the highest-paid comedians. The average actor's fee is $ 20 million for a role.

In 1995, Will Ferrell met the Swedish actress Viveca Paulin in acting classes. They had romantic relationships for about five years, and in 2000 the young people celebrated a wedding. The couple brings up three sons: Magnus, Mattias, and Alex.

The actor has ugly handwriting, and one of the famous magazines even named Ferrell the worst celebrity autographer. A lot of movie and music lovers think that John William Ferrell looks like the drummer of the band Red Hot Chili Peppers, Chad Smith. People jokingly call them twins.

Will Ferrell is a sports lover. The actor is interested in American football, baseball, and soccer. The actor is a member of the official fan club of Roman Abramovich's team Chelsea. In the winter of 2016, it became known that Ferrell would become the owner of the football club. The actor is a majority shareholder of the new Los Angeles FC, which will begin playing in the Major League Soccer in 2018.

In 2016, Ferrell's filmography added several sequels. The actor returned to the role of Mugatu in Zoolander 2, where the plot turned into a detective story. In 2017, he played the role of Brad Whitaker in the New Year comedy Daddy's Home 2. In the new film, the father and stepfather have made friends, but the grandfathers, who visit the family at Christmas, pose a danger to the holiday.

In 2017, the actor already appeared in new projects. Will Ferrell played the leading role in the comedy The House about a family that starts an underground casino to raise money for their daughter's tuition.

The actor also starred in the role of Sherlock in the comedy film Holmes and Watson based on Sir Arthur Conan Doyle's famous detective story. 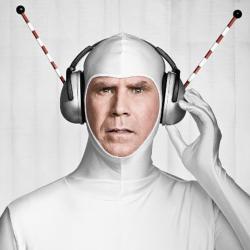