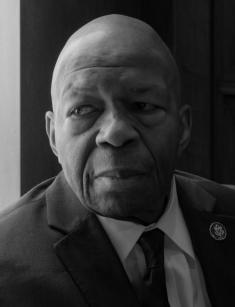 Elijah Eugene Cummings was a veteran Congressman who represented Maryland's district since 1996 and also a part of the civil rights movement. The politician died on October 17, 2019.

Elijah Cummings was born in 1951 in Baltimore to Ruth Elma and Robert Cummings, who worked as farmers. Elijah had six siblings, that is how big his family was. He studied very well since school time. After finishing Baltimore City College, high school, Cummings received a Bachelor of Science degree in Political Science in 1973. In 1976, Elijah received a Doctor of Jurisprudence degree at the Maryland Law School.

After that, Cummings practiced law for the next 19 years, and in 1996 he was elected to the House of Representatives. In 1983–1996, he served in the Maryland House of Delegates. Elijah turned out to be the first African American in the history of Maryland, who held the second-highest position in the House of Delegates called Speaker Pro Tempore.

Elijah was on various Maryland commissions, including his own Youth Program in Israel.

In 2010, it was announced that Edolphus Towns would not fill the post of a ranking member of the Committee on Oversight in the next Congress. Supposedly, he did that because Nancy Pelosi did not support him and, besides, the White House also planned to replace Towns. Eventually, Cummings defeated Carolyn Maloney in a vote. Later, in his new position, Elijah became a central person in the impeachment inquiry against Donald Trump.

Cummings presented the Presidential and Federal Records Act Amendments, a bill that was signed by President Barack Obama in 2014 and sponsored by Elijah and Darrell Issa. He also endorsed the Smart Savings Act, a law that would make the default investment in the Thrift Savings Plan the L Fund instead of the G Fund.

In 1996, Kweisi Mfume resigned from his position of the Congressman for Maryland's district, and Cummings ran for it. He won the Democratic primary, which turned out to be a real contest. During the special election, Elijah received more than 80% of the vote and defeated Republican Kenneth Kondner. Later, Kondner was defeated by him again. Overall, Cummings won reelections 11 times and never had less than 69% of the vote.

Before his death in October 2019, Cummings had a net worth of approximately $1.3 million.

Speaking about Cummings’ personal life, he has been married twice. His first wife was Joyce Matthews, who gave birth to their daughter Jennifer J. Cummings. The spouses separated in 1982. In 2009, Elijah married Maya Rockeymoore, a politician who became a chair of the Maryland Democratic Party later in December 2018. Besides Jennifer, Cummings also had two children from his previous relationships.

In 2011, a terrible for his family thing happened: Christopher Cummings, a son of Elijah’s brother James, was killed near his University in Norfolk, Virginia.

Cummings had serious health issues. In May 2017, he had an operation on his aortic valve and did not show at work for the next two months. Later, in July, Elijah had an infection that was connected to the previous surgery.

On October 17, 2019, Elijah passed away at the age of 68. In November, it became known that Cummings lived with cancer for 25 years, since 1994. He had a rare disease, thymic carcinoma, which was not admitted as the cause of his death.

On October 24, Cummings became the first African American politician who received the honor of state funerals at the U.S. Capitol. The next day, there was the official burial of him at the New Psalmist Baptist Church, where he was a member for the last 40 years. Lots of people came to say goodbye: his widow Maya, Barack Obama, John Lewis, Bill Clinton, Hillary Clinton, and others.