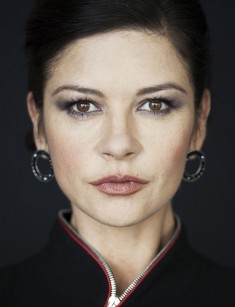 The film "The Mask of Zorro" became fateful for Catherine in her career and personal life. However, Catherine Zeta-Jones believes that success comes to those who do what he likes and works a lot.

She was born on September 25, 1969, in Wales, United Kingdom. The house of her parents is the best place on the planet for her today. She finds time in a busy schedule to come here and relax on the picturesque shore.

At the age of 4, Catherine's talent was already noticed. The girl climbed the kitchen table and showed improvised performances for parents and neighbors. People predicted her future of a movie star. Inspired by the success, Catherine soon performed before the parishioners of the local church, singing religious songs for them. The girl had a beautiful voice, plastic, and charisma. These skills are very useful in the acting career.

But when Catherine was 5 years old, she had serious problems with the trachea. Thanks to the qualified help of surgeons, the girl is alive. On the body of the Zeta-Jones was a scar after that operation but she refuses to remove it. It's like a constant reminder of the frailty of human life.

When the actress was 10, she has already participated in the plays of the city theater. At the age of 14, there was a casting for the play "The Pajama Game". Zeta-Jones also participated in it and impressed the director by her talent so much that he offered her a job in the show.

A year later, Catherine Zeta-Jones graduated from school and went to London. She wanted to become famous, and in London, there were good prospects for the start. Two years after moving to the British capital, the girl already participated in television projects.

She debuted in a small role in the series "42nd Street." Catherine was lucky because on the set of the series, in which she had to replace the actress of the main role, there was a producer. Zeta-Jones convinced him to offer her the main role until the end of the project.

After starring in the series, the actress was invited to the main role in the film "Scheherazade", filmed in France.

In 1991, she brilliantly played Marietta Larkin in the series "The darling buds of May" and made critics and directors talk about her. British audience fell in love with the actress and the long-awaited popularity came to her. Two years later, she was invited to Hollywood to star in the series "The Young Indiana Jones Chronicles." In 1995, the actress starred in the American TV series "Catherine the Great".

Popularity had a downside - the British paparazzi constantly followed the actress. Catherine was so tired of them that she decided to move to America.

In 1996, Zeta-Jones played the main role in the mini-series "Titanic" by Steven Spielberg. He was impressed by the actress's talent and decided to invite her to star the movie "The Mask of Zorro" without casting. Catherine Zeta-Jones did not disappoint the director. She learned to fence and the art of dance.

After the release of the film, it became a hit. From this moment, the actress appeared only in expensive films. She earned millions of dollars.

After the "The Mask of Zorro" she played in the films "Entrapment", "The Haunting", "Traffic", "High Fidelity" and others. In 2000, Catherine appeared in the film adaptation of the cult musical "Chicago", in which Velma Kelly played. For this role she received Oscar. At the ceremony, Catherine appeared two weeks before the birth of her child. The actress told that she had dreamed of this award all her life. She did not stop acting after the birth of her baby.

Every year, 2-3 new films with the participation of Catherine Zeta-Jones are released. In 2013, she starred in such projects as "Broken City", "Side Effect" and "Red 2". Then in the career of the actress there was a forced break because of her personal problems. In 2015, Catherine returned to work. She starred not only in films but also in advertising campaigns. The actress's fee for a 7-minute commercial for Unilever was $ 2.5 million.

Catherine’s first boyfriend was a TV host John Leslie. They officially announced the engagement but then cancel it. The reason was the publication of journalists, in which they told about the relations of the actress.

Catherine met her future husband Michael Douglas in August 1998. Douglas was invited to a closed movie show by his friend Antonio Banderas. Michael liked beautiful Catherine and told her: "I would like to become the father of your children." Zeta-Jones did not appreciate his humor and for a long time kept the famous actor in the distance. For five months, Michael presented flowers and gifts until she finally gave up.

Catherine didn’t trust him because Douglas was married. He did not live with his wife for three years but he was still officially married. The couple who lived together for 23 years could not solve the issue of financial compensation. The ex-wife of Douglas wanted to get half of his fortune, and this is about $ 100 million. As a result, she got 45 million.

In 1999, Catherine Zeta-Jones and Michael Douglas announced that they were engaged. In August 2000, their son Dylan Michael was born. Four months after his birth, the couple celebrated the wedding. The celebration was held at the old Plaza hotel in New York. Catherine got an engagement ring which cost $ 2 million. It was a gift from Douglas.

Catherine and Michael were born on the same day on September 25, with a difference of 25 years. The actress insisted on signing a marriage contract. According to it, she will get a financial compensation (1-3 million dollars) for each year she lived with Douglas in case of his betrayal. In April 2013, the couple’s daughter Carys was born.

Until 2010, everything went well, until the actor was diagnosed with throat cancer. Catherine Zeta-Jones was furious because doctors could not recognize the disease earlier. All the tests were good. She spent a year at her husband's bed, took care of him. But the constant stress, nervous overstrain did not pass for her without a trace - she earned a bipolar disorder and in April 2011, she had a course of treatment in a psychiatric clinic. Two years later, she had the second course of treatment - the problems with the psyche only worsened.

On August 16, 2013, Michael Douglas said he was filing for divorce because he was no longer able to bear the depression of Catherine. However, in November of that year, the spouses were seen together. 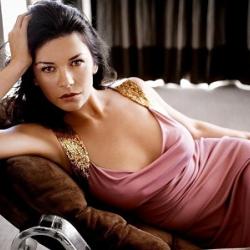