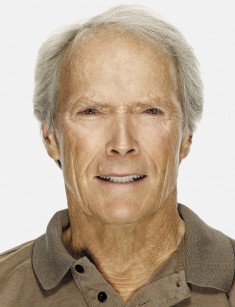 Clint Eastwood is an actor, director, and movie producer. Eastwood worked over one hundred movies. He became a legend of westerns and action-movies of the mid-late 20th century, having performed leading roles in dozens of movies of these genres. In a new millennium, Eastwood became less popular, but the actor continued to play in own pictures.

Clint Eastwood was born in San Francisco. The actor's father, Clinton Eastwood Sr., was a worker of the steel foundry. His mother, Margaret Ruth Runner, worked as an engineer. Clint's parents were very religious people, though they visited different churches. Clint's father was a Presbyterian, and his mother belonged to the Mormon church.

As at that period of time there was a Great Depression in the USA Clint’s family often moved along the Western coast in hope to find highly paid work. Clint attended primary and high school in the town of Piedmont. Here he came on the stage of the school theater for the first time. He had been studying at Oakland Technical High school from which he had graduated in 1948. After getting the school-leaving certificate a young man got a job at the gas station, later he worked as a fireman and played the piano in different bars and clubs of California.

In 1950 Eastwood Jr. was enrolled in the U. S. Armed Forces. Eastwood was sent to the Air Force Unit where he had flight training. He had to go to war to Korea, but during one of the educational flights Eastwood's plane crashed. A young pilot survived and had swum 5 km to the coast. After this, it was decided that Clint Eastwood should stay at the training camp as the swimming instructor.

After demobilization, Clint entered local Los Angeles college, but he had studied here for a year only as he decided to follow an advice of his colleagues Martin Milner and David Janssen who recommended him as a handsome young man to try himself as an actor.

At first, Clint Eastwood appeared in low budget horror films, thrillers and westerns - "Revenge of the Creature", "Francis in the Navy", "Tarantula", "Ambush at Cimarron Pass" and a dozen of other similar pictures. In 1956 Clint Eastwood played his first leading role of Jack Rice in a comedy western "The First Traveling Saleslady". In 1958 the actor got one more leading role of Keith Williams in a western "Ambush at Cimarron Pass".

In 1959 Eastwood performed a major role in television series "Rawhide". The series didn't become extremely popular, but in "Rawhide" the actor was noticed by the Italian film director Sergio Leone who in 1964 invited Eastwood to play a role of the cowboy Joe in the movie "A Fistful of Dollars". This film became very popular in Europe and in the USA, therefore, there were two sequels released at once – "For a Few Dollars More" and "The Good, the Bad and the Ugly ".

Later on, the movies featuring Clint Eastwood in which the actor played courageous and self-motivated "good guy with a gun" were very successful. Eastwood continued to play major roles in westerns and step by step was becoming an icon of this genre. Among these pictures are the following westerns " Hang 'Em High", "Two Mules for Sister Sara", "High Plains Drifter", " The Outlaw Josey Wales" and crime action movies "Coogan's Bluff", "Kelly's Heroes", "Dirty Harry", " Thunderbolt and Lightfoot", "The Eiger Sanction" and others.

The role of the recidivist Frank Morris in the dramatic thriller "Escape from Alcatraz" was a little bit different from the same images. The movie tells a story about the first escape from impregnable Alcatraz prison –fortress; it was considered impossible to escape from here within 30 years from the moment of its construction. It was constructed on the island and isolated from the outside world. The movie was based on the biography of the bank robber Frank Morris who was the first who managed to escape from this prison.

From 1980 till 1990 Clint Eastwood had been playing leading roles in every movie in which he took part. The only exception was a movie "Heartbreak Ridge" of 1986. The audience remembers Eastwood as the main character of the movies - "Pink Cadillac", "The Dead Pool", "Pale Rider", "Sudden Impact", "A Which Way You Can" and others.

Almost until the end of 80-s Clint Eastwood was a particular icon of cinematography, he entered the list of the most popular Hollywood actors. But then his popularity started waning. Further Clint Eastwood began to play only in the movies which he directed himself. From these works it’s worth noting the drama "The Perfect World", the melodrama "The Bridges of Madison County", the thriller "Gran Torino" and the dramatic picture "Absolute Power".

Clint Eastwood was nominated for Academic Awards as a director for his movie "Mystic River". In 1993 his western "Unforgiven " brought Eastwood the desired Oscar statuette for Best Director and Best Actor. His sports drama "Million Dollar Baby" which was released in 2004 repeated this success.

The sports drama "Trouble with the Curve" released in 2012 was the only movie of another director for the last 25 years, where Clint Eastwood took part. The famous actor played the role of an aging baseball scout. This was the last time when Eastwood appeared in the movie as an actor.

In 2014 the iconic historical drama "American Sniper" directed by Clint Eastwood came on the screen. This movie was nominated for Academic Awards in six categories and received Academy Award for Best Sound Editing. The picture is based on the biography of the sniper Chris Kyle of the 3rd SEAL team from Texas who became a champion on the number of the opponents killed during his service in Iraq and Iraqis called Kyle the "Devil from Ramadi".

Also in 2014 Eastwood directed the movie "Jersey Boys". It is a biographical movie too, the musical drama tells about the formation of "The Four Seasons" band which became the symbol of the generation

In 2015 the picture "Bringing the War Home: The Cost of Heroism" directed by Clint Eastwood came out. This movie hadn’t been translated into Russian.

In 1953 when Clint Eastwood hadn’t become famous yet he married the actress Maggie Johnson. They have two children: a son Kyle Clinton and a daughter Alison. Clint and Maggie divorced only in 1984 though had broken up rather earlier. In 1964 his daughter Kimber was born from his short-time affair with the dancer Roxanne Tunis. Since 1978 Clint had lived in a civil marriage with the actress Sondra Locke for 4 years

In 1985 Eastwood got acquainted with the stewardess Jacqueline Reeves with whom they had lived in the common-law marriage for 3 years. Two children were born to them: a son Scott and a daughter Catherine. In early 90-s the actor began to date with actress Frances Fischer who gave birth to Clint’s daughter Francesca. But in 1995 couple broke up.

In 1996 Clint Eastwood officially married TV host Dina Ruiz who was 35 years younger than the actor. In this marriage one more daughter of Clint was born - Morgan. Clint and Dina had been together until 2013 when the woman applied for divorce because Eastwood began to cheat on his wife. After the divorcea, 83-year-old Eastwood began to meet the actress Erica Fischer.

Except for directing and acting Clint Eastwood is fond of jazz. He even composed several compositions himself which sound in some movies directed by him. Besides that, Eastwood is a successful businessman – he owns a restaurant and a hotel in Carmel. By the way, Clint Eastwood had been the mayor of this town from 1986 till 1988.

Golf and transcendental meditation are major hobbies of the actor.

In 2016 Eastwood had directed and produced the drama "Sully: Miracle on the Hudson". The movie became the screen-adaptation of the autobiography of Chesley "Sully" Sullenberger and Jeffrey Zaslow "The Highest Duty: My Search for What Really Matters" and told about 2009 emergency landing of US Airways Flight 1549.

The pilot Sullenberger made an emergency landing on the water of Hudson River in New York. At the same time 155 people - passengers and crew members - survived.

This landing received the name of "miracle on the Hudson", but instead of gratitude Sullenberger underwent judicial proceedings and his career was under threat. The drama tells about events after landing and about doubts in the actions of the hero-pilot.

Tom Hanks performed the character of Chesley Sullenberger. Other leading roles were played by Aaron Eckhart and Laura Linney. The movie was released on the 9th of September, 2016 by Warner Bros. Pictures film company. 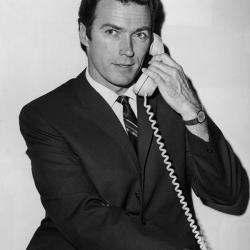