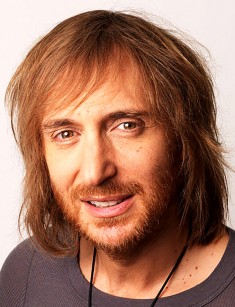 The development of science and technology are often reflected in the culture. So, for example, the appearance of the equipment which allows to record and replay the sound and video has led to the creation of cinematography. The invention of the synthesizers has even more extended the boundaries of the musicians’ opportunities. It’s not surprising that in the current situation some professions have disappeared and others had to transform to survive in this severe world of the competition.

DJ's job also refers to such kind of professions. David Guetta who is popular nowadays, in the mid-eighties just played CDs in the certain order at local parties and present earns millions of dollars by composing and recording hit tracks. Nevertheless, as well as almost forty years ago, David considers himself a DJ.

Guetta was born on the 7th of November of 1967 in the capital of France. The boy was the third child in the family of the Belgian woman and Moroccan Jew. Is parents already had two children - the son Bernard and the daughter Nathalie. The parents called their third child David Pierre – later Guetta refused to use his second name and changed his first name in the American manner.

The boy began to be fond of music quite early that's why it's not surprising that at the age of fifteen he was a regular visitor at local discos. Fey year later he put music at the similar events in the Broad capital club.

It’s difficult to say for sure who long it would be if the twenty-year-old David didn’t hear the composition which changed his life. It was the track Rude composed by the American DJ Farley Keith in house genre which was new at that time. Guetta became aware that he wanted to compose something similar and he began to realize his plans. David presented his first tracks to the world in 1988.

In 1990 David in the role of the producer together with his old friend - French rapper Sindey released the debut album under the title Rap Nation which became a local-scale hit. Four years later in collaboration with the vocalist of Fingers, Inc. Guetta released the track "Up and Away" what also became a sensational event in his circles and contributed to the fact that David became the manager of Le Palace nightclub.

During the period from 1996 till 2002, the DJ together with the wife were engaged in the arrangement of the events of different scales and themes and they were rather successful in this.

In June of 2002 Guetta together with Virgin Records, the label of Richard Branson label, released his debut album under the title "Just a Little More Love." The album included thirteen compositions the major part of which was created in collaboration with Barbara Tucker, Chris Willis, and Juan Rozofor. All compositions were recorded in the genres of house and electro-house. The album didn't become the hot new plate of the year, but this didn't prevent David from moving further.

Two years later DJ released his second album "Guetta Blaster" in which, except for HOUSE music, Guetta decided to present electro flash. This experiment turned out to be successful – three tracks of twelve compositions of the album became the leaders of the charts, and one became a peculiar exemplary work of house genre (the composition "The World Is Mine").

Later there were released the remixes of the hits of David Bowie and The Egg which became famous as well as the original compositions.

On the 18th of June of 2007, Guetta released his third album. The original edition of "Pop Life" included 13 tracks, though the disc was released in various editions which differed in the number of bonus tracks.

Also, the third album distinguished in a great number of collaborations with other performers. As a result, there appeared the hits under the titles "Every time We Touch" and "Baby When the Light."

Already in a year David together with the wife organized the United concert – a large-scale musical event where except for Guetta performed the Frenchman Martin Solveig, Englishman Carl Cox, the Netherlander Tiësto and other eminent musicians,

In 2009 Guetta began to host his own show on the web radio stations, and he continues to do this till present days.

In August of 2009 the DJ released the disc under the title "One Love," and in a year its new version was reissued under the title "One More Love." In the new version, the number of the tracks has changed from fifteen to eighteen. This time David has managed to cooperate with Akon, Rihanna, Black Eyed Peas, Kid Cudi and also other music bands and performers. The compositions "Memories" and "Sexy Bitch" became the hits of this album.

Later David received Grammy Awards on the 31st of January, 2010 in Los Angeles and also he got to the leading three of TOP-10 DJs by the version of the authoritative English DJ Magazine.

The next year brought to the musician's admirers a new album – under the title "Nothing But The Beat" which included twelve tracks. A year later there was released the reissue of the disc which unexpectedly included twenty-one compositions.

The fifth album of the DJ delighted the admirers with the collaborations Of David with Snoop Dogg, Nicki Minaj, Ne-Yo, Sia, and other well-known musicians.

The compositions "Titanium," "Turn Me On" and "Play Hard" became the hits of the album "Nothing But The Beat." The video for the latter mentioned song has about billion viewings on YouTube.

The latest album of the DJ was released in November of 2014. As well as in the case with the previous album, the disc had many compositions with invited performers which created the base of the album under the title "Listen." Almost all the compositions managed to reach the peaks of the international charts. Though, the songs under the titles "Dangerous," "Bang My Head" and, of course, "Hey Mama" had the highest scores.

After the divorce, David began to have relations with the model Jessica Ledon. They are in relations for three years already.

On the 18th of September, 2017 the musician published on the web the trailer of his forthcoming European tour which will take place already in 2018. On the 2nd of November, there was published the video (not the clip) to the new song "Dirty Sexy Money" on the official web channel of David Guetta.

Also, the year 2017 was marked for David by collaboration with Justin Bieber under the title "2U". Moreover, David received one more MTV Award what is proved but the photo published on Instagram by the DJ. 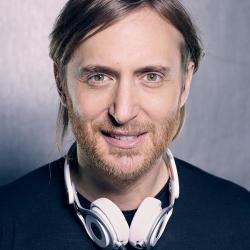