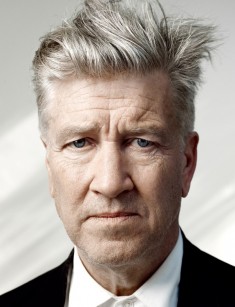 David Lynch is a famous American director, a bright representative of the independent cinema, the officer of the National Order of the Legion of Honour and the owner of Golden Palm and Golden Lion Awards for contribution to world cinematography and also he is the owner of the prize for the direction of the Cannes Film Festival.

The director's style of Lynch is surrealism and mysticism but without cinematic stamps. In his movies, some powerful energy can be felt which fascinates the audience from the first shot and keeps them in this atmosphere until the credits.

David Lynch was born on the 20th of January, 1946. His childhood had passed in the small town of the Montana State. David's father – the scientist, worked in the Ministry of Agriculture. The son hadn’t followed in his footsteps. Since childhood, Lynch was attracted by everything mystical and unknown, especially carcasses of the dead animals which he accurately packed in boxes. Making compositions of dead flies was one of his hobbies. For the rest, David Lynch was a normal child – obedient, silent, he studied well at school.

His family often moved from one city to another, following their father. David had to change schools quite often – he was not very friendly with his schoolmates and didn’t worry a lot about their frequent relocations.

Having matured, Lynch didn’t leave his hobby. On the contrary, he became a constant visitor in the local morgue where he observed with interest how the pathologists dismembered corpses. He even took photos of the decaying bodies. The stories about the underworld were his second passion. By the way, he still believes in its existence.

David Lynch dreamed to become the artist, therefore in 1963 he entered the School of Arts in Washington, and three years later he transferred to the Pennsylvania Academy of Fine Arts.

David got his first cinematic experience at the academy. In 1967 he shot the animated series "Six Men Getting Sick" – it lasted 1 minute only. The same year there was one more experiment – the vanguard movie "The Alphabet".

Lynch began to work on the first full-length movie in 1972. It was the project under the title "Eraserhead". The shootings continued for five years, but after the premiere, David Lynch became the cult director. He was noticed by Mel Brooks and he offered David Lynch cooperation. In 1980 the movie "The Elephant Man" was released at Brook’s studio and later this picture was nominated for Academic Awards and received the Grand Prix at the Festival of Fantastic Movies.

In 1984 there was a release of the movie "Dune" which was a screen adaptation of the same-name novel written by Frank Herbert. Despite the well-known source and abundance of the stars in the cast, the picture failed in a hire. Lynch himself explained the failure with the fact that the final version of the picture had been prepared without his participation.

In 1986 new creation of the director was released, it was a detective thriller "Blue Velvet". The movie about the mysterious investigation in the small town collected a number of prestigious awards, but the next picture of Lynch had overshadowed the success of this movie.

The detective and mystical series "Twin Peaks" which came out on the screen in 1990 became the director's triumph for David Lynch. This series tells about the investigation of the shocking murder of the senior pupil which gradually acquires the details indicating the intervention of the forces of evil from the beyond in this case. After two seasons this unfinished series had been left for more than 25 years. This fact had brought to "Twin Peaks" more popularity, and the incomplete plot had acquired a great number of the theories explaining the events in the picture.

The same year his drama "Wild at Heart" won the first prize of the Cannes Film Festival. In 1994 the audience saw the most mysterious movie by David Lynch - "Lost Highway". The complex plot, ideal editing, and mystical music – all elements affected the audience magically.

After "The Highway" Lynch shot the movie "The Straight Story" in which there is no mysticism, the plot is simple and even naïve in some way. It’s a story about the elderly man who goes for thousands of kilometers on his small lawn-mower to see his brother. With this work, the director proved that not only surrealistic projects are within his powers. Unfortunately, the audience met his experiment with restraint – the public had expected something different from the master.

Soon David Lynch returned to his favorite style. In 2000 the movie "Mulholland Drive" was released. This movie won two prizes for direction – in Toronto and in Cannes. Originally the film had been shot as a pilot episode of the new series, but the material was rejected. Lynch shot the missing parts and released "Mulholland Drive" as the full-length feature movie which was warmly met by the admirers.

The movie tells about the young actress who by chance became a friend to the girl with who had lost memory. Naomi Watts, Laura Harring, and Justin Theroux played the leading roles in this movie.

In autumn of 2006 the picture "Inland Empire" was premiered at Venice Festival. It’s the last full-length project of Lynch. The movie tells about the girl who has got into trouble, at the same time the picture is filled with movements in time, tangled chronological transitions, alternative versions of events and the well-known surrealism of Lynch. The director received Golden Lion Awards for this project.

Music has always had a particular place in David Lynch’s movies and life. By the words of the director, Angelo Badalamenti discovered the true beauty of music for him. This composer had written compositions for many projects of Lynch.

In 2000 the director himself got seriously fond of electronic music. In a year he released his first album "BlueBob". In autumn of 2010, Lynch presented the single "Good Day Today" in which the vocal was distorted by means of computer technologies. In a year David Lynch released his first solo album which was called "Crazy Clown Time", and in July 2013 the second solo album under the title "The Big Dream" came out.

Peggy Lentz was the first wife of Lynch, they got married in Chicago in 1967. In 1968 Peggy gave birth to their daughter Jenny. Subsequently, the girl became a film director. Their marriage didn’t last for long – in 1974 the spouses separated.

In three years after the divorce Lynch married for the second time. Mary Fisk, the sister of his friend became his spouse. After 5 years of marriage, in 1982, their son Austin was born. And in 5 years this marriage broke up.

After parting with Mary the film director met the actress Isabella Rossellini. Their love affair had lasted for 4 years. Then he had been living in a civil marriage with Mary Sweeney who worked for him as the editing director. In 1992 Mary gave birth to their son. Officially they registered their relations only in May 2006, and in two months after the wedding, they said that they were parting.

At the beginning of 2009, David Lynch registered his third official marriage. This time the actress Emily Stofle with whom he had got acquainted during the shootings of "Inland Empire" became his darling. Emily is 30 years younger than David, but the age difference doesn't confuse the spouses. In 2012 she gave birth to the director’s daughter. The girl was called Lula Boginia in honor of the heroine of the picture "Wild at Heart". Lynch and Stofle live in their own mansion in California.

Lynch has paid one million dollars for the training at the master of Maharishi Mahesh Yogi and has passed it in summer of 2002. David Lynch returned to California being an enlightened person. For these years he had shot only one movie but had visited 30 countries of the world with lectures about the transcendental meditation.

In 2017 David Lynch had reached Slavic countries with his educational program. The director established the charity organization - David Lynch's Foundation in the Eastern Europe, a branch of David Lynch Foundation, which purpose also was the training of transcendental meditation. The representative office of the foundation was opened in Kiev. There is also a fund at the Internet space: there is an official foundation page on Instagram.

Besides the educational purposes, the foundation also has motivational direction. David Lynch's Foundation awards the artists and public figures which have made a contribution to the struggle against violence, injustice, and discrimination.

In 2018 the designer Stella McCartney and the executive director of the Council of Fashion Designers of America Fern Mallis were awarded by David Lynch’s Foundation. They were awarded for their support which designers gave to the women who had got into difficult life situations.

On the 5th of May, 2017 David Lynch declared that he leaves cinematography. In his interview, the director after some hesitations said that "Inland Empire" would become the last feature film in his creative biography.

The director explained this decision with the changes which had happened to the world of cinematography. David Lynch noted that the high-grossing movies are not those movies which the director considers worthy.

However, after the Cannes Film Festival which had taken place in May of the same year, the director decided not to leave the movie industry finally. The excitement and admiration which accompanied the release of the long-awaited 3rd season of the series "Twin Peaks" which was also directed by Lynch forced to him to remain in the cinematography. 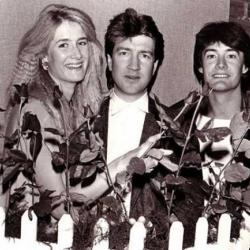