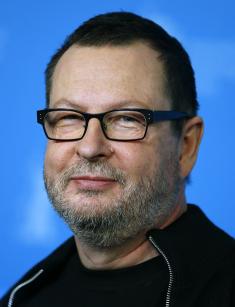 Lars von Trier was born in the spring of 1956 in the capital of Denmark. He spent his childhood and youth in Copenhagen. Here began a triumphal career of the talented director, whose name is often associated with scandals.

Lars's parents weren't connected with art. Inger Høst and Fritz Michael Hartmann worked in civil service. It is noteworthy that the mother of Lars Trier adhered to Communist views, and his father considered himself a social Democrat.

The son was brought up in a spirit of complete freedom, so he decided to drop out of school: Lars could not "fit" into the strict disciplinary rules of the educational institution. But he learned to be self-sufficient.

Lars von Trier became interested in cinematography from a very young age. At the age of 11, he shot a short cartoon that was a few minutes long. His mother supported the son's hobby. Her brother Lars' uncle, Børge Høst, was a famous Danish documentary filmmaker. When the boy was in his early teens, his mother gifted him his first personal camera. On the old films that she used to bring Lars home from work, he studied montage.

At the age of twelve, Lars von Trier made his debut as an actor in the film Hemmelig Sommer (1969). But the acting did not captivate the teenager; he was more interested in the technical side of the filming process.

At the age of seventeen, Trier tried to become a student at the National Film School of Denmark. After a failure, he did not give up and managed to get into the Association of film enthusiasts Filmgrupp-16. His uncle helped his nephew to become an editor at The Danish Film Institute. Here, in the late 1990s, Lars von Trier managed to shoot two short films. These works helped Lars to enter the film school.

Lars Trier spent his childhood in search of himself. For a long time, the young man believed that he had Jewish blood in his veins since his father Ulf was half Jewish. Lars even attended the synagogue for a while. But a few years before her death, his mother admitted that his biological parent was a German Fritz Michael Hartmann.

In the credits of short films shot by Lars during his work at The Danish Film Institute, he began to add the aristocratic prefix "von" to his name. Justifying his pseudonym, the director likes to point to the famous playwright Strindberg, who signed some of his documents only as "King" ("Rex"). Hollywood filmmakers Sternberg and Stroheim also used noble titles. This is how Lars von Trier got his famous name.

The official debut of the young Danish director in cinema took place in the late 1970s. It was a short film, which, however, went unnoticed by the general public. But his graduate short film attracted the attention of critics. It was called Images of Liberation and won the main prize at a film festival, held in Munich in 1984.

Lars von Trier opened the doors to the "big" screen with a full-length film The Element of Crime. This film won awards at three film festivals – in Cannes, Chicago, and Mannheim. It is noteworthy that in this project von Trier acted not only as the director but also as a screenwriter, cameraman and even an actor.

But it was motion pictures Epidemic (1987), and Europa (1991) that brought von Trier wide fame. Together with his first full-length film (The Element of Crime), these films were combined into a trilogy. All three projects were shot in different styles and did not have a common plot, but the theme of some disaster similar to the Apocalypse that swept Europe could be seen in all of them.

The trilogy made the name of the director known, but if we talk about popularity, Lars von Trier became popular in the mid-1990s, after the release of the mini-series The Kingdom (Danish title: Riget), dubbed "The European response" to the American Twin Peaks. The television series was so appreciated on both sides of the Atlantic that von Trier had to release a 280-minute film version of the series.

The next major success came to the Danish director with the release of the film Breaking the Waves. The storyline of this drama tells the story of the self-sacrifice of a woman who condemned herself to shame and exile because of the love for her paralyzed husband. This film became the debut of the young actress Emily Watson. The film won the Grand Prix at the Cannes Film Festival.

The mid-1990s were marked by the fact that Lars von Trier and his compatriot Thomas Vinterberg wrote a sensational Manifesto called "Dogme 95". The idea of the document is to break the popular traditions of the new cinema, among which are the budgets of films growing to sky-high heights, various special effects that replace or overshadow the semantic load of the film, and reliance on favorite "stars" with millions of fees.

As part of the Manifesto, the director shot the motion picture The Idiots which caused a scandal. It was a film about a group of young people who pretend to be mentally retarded to overcome social taboos. Especially infamous was an extremely natural scene of group sex. The film was shown at the Cannes Film Festival, but it received no awards.

The 2000th was a great success for Lars von Trier. His movie Dancer in the Dark, starring Catherine Deneuve and Björk, received Palme d'Or at the Cannes Film Festival. At the same time, Lars von Trier again combined his three projects (Breaking the Waves, The Idiots, and Dancer in the Dark) into a trilogy, calling it Golden Heart.

In the early 2000s, the Dane began to shoot a new trilogy called Land of Opportunities. The first film, Dogville, starred Nicole Kidman. She was supposed to star in the second film, Manderlay, as well, but Kidman refused and was replaced by Bryce Dallas Howard. The third, final motion picture of the trilogy was to be released under the name Washington, but von Trier abandoned the work, losing interest in it.

The director presented another high-profile project in 2009. The motion picture Antichrist which Lars von Trier showed at the Cannes Film Festival, was at the center of a scandal again. The creation of Lars von Trier was accused of sadism, very explicit sexual scenes and anti-Christian symbolism. The film even received an anti-award for misogyny. But provocation is a favorite style of behavior for Lars.

The last three films of the Danish director, shot in different genres, also caused a huge resonance and ambiguous perception. However, the film Melancholia itself, created by Lars von Trier in 2011, starring Kirsten Dunst, was not scandalous. But the creator of the motion picture himself made a scandal around it, stating on a press-conference in Cannes that he had German ancestry and was interested in the aesthetics of Nazism.

Lars came to a point when he was speaking about having a feeling of understanding and empathy towards Adolf Hitler. The Board of Directors of the festival announced von Trier persona non grata. Since then, the rating of Lars von Trier on the IMDb website has been decreasing due to the association with the Nazis. However, the film was still shown and received high reviews from critics. But the second project of Lars von Trier, Nymphomaniac, which premiered in 2013, caused a lot of noise. It is filled with scenes of unsimulated sexual acts, filmed with the help of professional porn actors. In 2018, the premiere of Lars von Trier's new film, the House that Jack Built, took place. The movie, as any work of Trier, turned out to be controversial.

Lars von Trier has an estimated net worth of $275 million. The first wife of famous Lars von Trier was the director of children's films Cæcilia Holbek. Von Trier had two daughters in marriage with her, Agnes and Selma. The couple lived together for eight years and broke up in 1995. It is noteworthy that the personal life of Lars von Trier was full of love immediately after the divorce with his first wife. You could even say, in the process of parting.

His second wife, Bente Frøge, was the teacher of the eldest daughter of Lars. She received the marriage proposal when the younger daughter of the director was barely three weeks old. In 1997, the couple had twins, Ludvig and Benjamin. In 2015, after 18 years of marriage, the two people filed for divorce.