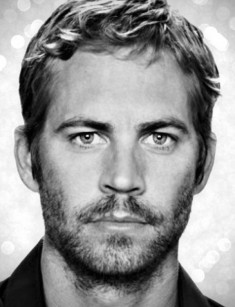 Paul Walker was an American actor who earned his fame for The Fast and the Furious movies. He was born on September 12, 1973, into the family of a businessman Paul Walker and a model Cheryl Crabtree. Glendale, California, was Paul’s home city.

Perhaps, it was the influence of the boy’s German, English, and Irish roots: he looked like an angel. When Walker turned two, he began to act according to his mother’s wish; he appeared in the commercial of Pampers Diapers. When the future star grew older, he continued to work on TV shows and entertainment programs. Each year, his acting skills were improving.

By the moment Paul Walker finished Sun Valley's Village Christian School, he had starred in the family comedy Monster in the Closet. Directors marked the young man’s talent and the burning desire to develop. Roles followed each other. However, Paul also found time for sports and competitions.

At that time, Jacques-Yves Cousteau was the man’s icon. Impressed by the French explorer’s achievements, he chose marine biology as his major at a college in California. Nevertheless, popularity and outstanding acting abilities changed Paul’s plans.

In 2001, Walker had his first lead role in the famous movie The Fast and the Furious. The audience in the United States, as well as other countries, liked the duo of Paul and Vin Diesel. Soon, the actor turned into a global star. Many critics emphasized it was the American’s best project.

The success was so tremendous that the movie creators decided to make sequels. Paul appeared in several parts of the franchise. In 2015, Furious 7 came out; unfortunately, the actor did not finish the work on it.

The horror Joy Ride became the next movie with Paul Walker. This role marked the debut in the youth thriller genre. Later on, the movies Timeline, Noel, and Running Scared were released; they strengthened the artist’s status as the perspective actor who could play in action movies and more.

In 2006, Paul Walker gained the lead part in the adventurous movie Eight Below which became the leader in movie theaters. The first days brought the $20 million box office.

In 2010, the drama Takers starring Hayden Christensen and Matt Dillon was presented. The shooting began in September 2008, but the movie itself was released only two years later. Vehicle 19 (2013), Hours (2013), and Brick Mansions (2014) brought the last roles.

Paul Walker appeared in music videos several times; he was also a presenter in the documentary about great white sharks. The audience appreciated this work produced by National Geographic. Besides, in 2011, the actor became the spokesperson for the perfume by Coty Prestige.

Paul Walker’s personal life was full of exciting romances and genuine feelings. The actor’s stage colleague Denise Richards was his first love; the couple met at the movie set of Tammy and the T-Rex.

In 1998, the artist was on vacation in Hawaii and met Rebecca Soteros. Their affair was bright and continued for several months. In 1998, the daughter Meadow Rain was born.

The relationship with Alice Bliss was the longest one. They met at a movie set and spent together almost six years. In 2004, they broke up and made no comments related to the reason.

In 2006, Paul began to date Jasmine Pilchard Gosnell who was 16 years younger than he. Despite the information in the media, the lovers split up by fall 2011.

Paul Walker never married. However, in comparison with his colleagues, he was not engaged in scandalous relationships or sensational break-ups. The man’s affairs ended quite peacefully.

Walker was a passionate car lover. He had more than 40 cars. The American press reported that, after the actor’s death, seven of them including Ford Mustang 1969 Porsche 911 GT3 RS and were stolen.

On November 30, 2013, Paul Walker and his friend Roger Rodas visited an event held by the charity fund Reach Out Worldwide. The organization was collecting money for those who suffered from Typhoon Haiyan in the Philippines. Roger and Paul went to Santa Clarita located to the north from Los Angeles, California.

After the event, the friends got into the red Porsche Carrera GT. Roger was the driver; Paul took a passenger seat. In a while, the driver lost control over the car; the vehicle hit a lamppost and a tree and was afire. As a result, the people in the car died.

On December 14, 2013, Paul Walker was buried at the Glendale cemetery.

Investigators confirmed that overspeed caused the crash. According to Associated Press that referred to the law enforcement agents, the speed was 130-150 km/h. Because of that, the car skidded, and Rogers could not help it. It had been reported earlier that no traces of drugs or alcohol were found in the driver’s blood. The Los Angeles police denied that some technical fault could have done that. Officially, the actor died of the combined effects of trauma and burns.

Right after the tragedy, the actor’s fans and Internet users began to look for the evidence that Paul Walker was alive. They compared the photos before and after the accident and discovered the number plates were different. Besides, fans emphasized there were no photos of the dead actor from the scene of the tragedy. Professionals claimed the man’s body was burned severely, and they could identify him via dental pictures. Still, many people were sure Paul Walker was not dead and called it a prank and PR campaign before Furious 7.

American media often reported the photos of the actor appeared on the Internet: the deceased man was allegedly pictured there, with a large wound on his face. However, experts said it was almost impossible to check if the photo was real; those pictures have been spread since 2011. 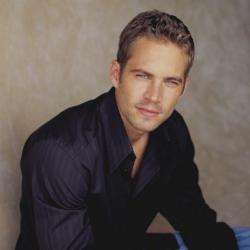