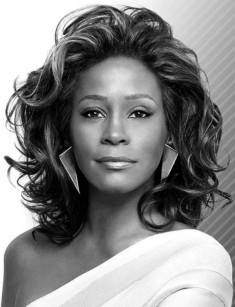 Whitney Houston was born in Newark on August 9, 1963; she was the third child in the family. Her parents John and Cissy Houston took their kids to the Baptist and Pentecostal churches. The girl’s environment encouraged her to be interested in music: the mother and the aunt were the famous figures in rhythm & blues and gospel music. At 11, the girl soloed in the Baptist church choir in her native town.

Whitney was touring with her mother, worked as a backup singer for Chaka Khan, and starred in ads. Her bohemian life in the world of music was hectic.

In the 1980s, Whitney had two contracts with recording companies. However, it was the contract with Clive Davis from Arista Records that made her famous; the man was impressed with the young singer’s talent had offered her the agreement.

In 1985, the first album “Whitney Houston” appeared. Initially, it was not sold fast, but as long as the single “You Give Good Love” gained huge popularity, the albums started flying off the shelves.

Whitney Houston was talented and pretty; she was invited to various shows where black singers used to be unwanted. She sang romantic ballads and conquered MTV with her dance track “How Will I Know.” The song “The Greatest Love of All” also placed high in pop and rhythm and blues charts which made Houston interesting to the public.

The next year, the singer’s debut album became bestselling in the USA. In 1986, it topped charts for14 weeks; 13 million copies were sold in the country. Whitney became globally famous. Critics called her “the most wonderful new voice.”

In 1987, the second album appeared; it became even more popular than the first one. “I Wanna Dance with Somebody (Who Loves Me),” “Didn’t We Almost Have It All,” “So Emotional,” and “Where Do Broken Hearts Go” took the first positions in Billboard Hot 100. Seven singles became hits: even the Beatles’ record was broken.

In 1988, Whitney received the second Grammy Award and had the world tour. In general, the audience welcomed her warmly, yet the Afro-American public booed the singer at Soul Train Music Awards because they thought her music was too “white” and her studio records lacked the soulfulness that her live concerts had. Houston just shrugged and said in one of her interviews that it was the way for the long career. However, she added urbanistic sounding in her later works.

Babyface, L.A. Reid, Luther Vandross, and Stevie Wonder worked on the new album in 1990. The music was various: there were rough rhythmic songs, romantic ballads, and dance hits. 10 million copies of “I’ Your Baby Tonight” were sold all over the world; the album became platinum. Unfortunately, the supporting tour was called the worst tour of the world.

In 1992, the movie “The Bodyguard” came out; Whitney Houston not only played the central role but also performed six songs which became the movie’s main themes. One of them was Dolly Parton’s “I Will Always Love You” cover that used to be performed in the country style. Although the producers did not expect the single to become popular, it is considered the nit number one in the singer’s career. Whitney won three Grammy Awards that year.

“The Bodyguard” themes were not the only soundtracks: Houston also worked on the music for the movies “Waiting to Exhale” and “The Preacher's Wife.”

The fourth "My Love Is Your Love" received many positive critic reviews. Houston’s voice acquired some interesting light bitterness.

2000 was marked with the collection “Whitney: The Greatest Hits.” She got the prestigious “BET Lifetime Achievement Award” and signed the contract for 6 albums.

The fifth album “Just Whitney” did not please critics. Rumors had it the singer was a drug abuser. In 2003, the Christmas album was released and failed commercially.

In 2004, Houston toured around the world and visited Russia. When she was singing at the World Music Awards, the audience stood up to welcome her.

Six years of silence followed. The seventh album “I Look to You” came out in 2009; it was the singer’s last studio work of the singer.

Whitney Houston’s problems might seem insignificant considering her successful career, platinum albums, and millions of fans. However, the singer was suffering from drug addiction. While she had the image of a “good girl” from a religious family at the beginning of her career, she did everything to destroy it in the 1990s.

Houston was often late for interviews and canceled concerts. Once, airport workers found marihuana in her things. The rumors about her drug abuse were widespread; they were based on many moments when the singer’s voice failed, she looked weird and detached, mixed songs, and so on. Jane Magazine journalists say Whitney came to the interview inadequate, closed her eyes, and imagined she was playing the piano.

In 2004, Houston got herself in a clinic to rehab, but there were no positive results. In 2005, she had another treatment course and finished it successfully. However, the rumors about the relapse lingered. Later on, Houston also got medical help with her drug and alcohol abuse.

Whitney Houston had some family issues. There were several legal processes involving the singer’s relatives. The family friend Kevin Skinner represented Whitney’s father and sued Houston: the father used to be his daughter’s manager and demanded $100 million for the violation of the contract. In 2008, Whitney’s 82-year-old stepmother also filed a suit on Whitney and questioned if her use of the father’s inheritance was appropriate.

The singer had her first famous love affair with the soccer player Randall Cunningham. Later, the press actively discussed the relationship with Eddie Murphy. There were also some rumors about Whitney Houston’s gay attachment to her assistant Robyn Crawford, although the singer always denied it.

In 1989, Whitney met Bobby Brown; the couple married three years later. The singer Bobby Brown had a bad reputation which did not change after the marriage: he was scandalous and got to jail. He was convicted of harassment and beat his wife; for that, he was imprisoned in the 2000s. The couple did drugs together.

In this marriage, the daughter Bobby Kristina Houston Brown was born. Houston also miscarried when her husband was in prison.

In 2007, the couple divorced: Whitney got tired of constant scandals. Later, Bobby tried to appeal against Houston’s custody but failed.

On February 11, 2011, Whitney Houston was found in a hotel bath unconscious. It happened just the day before the Grammy Award ceremony. The singer could not be saved. The investigation demonstrated the heart issues and cocaine were the causes of death.

By wild coincidence, Whitney’s daughter Kristina Houston Brown sank into a coma after she had been found in her own bath, unconscious. In July 2015, the young woman died. 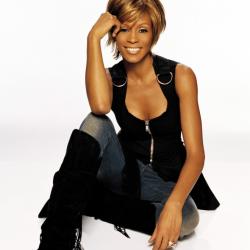