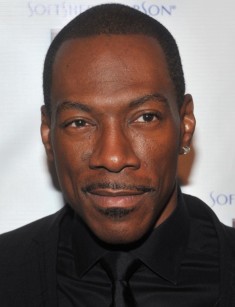 Eddie Murphy is an iconic American comedy actor, whose triumph was in the 1980’s. Such movies as 48 Hrs., Beverly Hills Cop, Coming to America, Trading Places, Doctor Dolittle and many others made him a great actor. In addition, Murphy is known both as a musician who recorded several solo albums and as a stand-up comedian.

Eddie was born in Brooklyn, New York City, and he was the second child in the family. His parents already had the eldest son, Charlie, also an actor. Boys’ mother, Lillian, worked as a telephone operator, and his father, Charles Edward Murphy, served in the police. Despite the fact that Eddie’s father died when he was only 8 years old, it is clear that the boy derived acting skills from his father because Charles performed in the theater at an amateur level, and also performed as a comedian.

After his father’s death, Eddie and his brother Charlie lived in a foster family for a year, since the loss of her husband was such a huge tragedy for the mother that she got to the hospital. Later, the woman married a foreman at an ice cream plant, Vernon Lynch, and took the children.

Murphy already had the sense of humor in primary school, which made him popular with classmates and even teachers. Since the age of 15, Eddie already performed in clubs with his own jokes and he first gained recognition as a stand-up comedian.

Thanks to humor, Eddie Murphy appeared on TV and participated in the popular weekly variety show Saturday Night Live for several years, where he played several roles at once. Later, the actor changed this show for the cinema.

In 1982, Eddie Murphy made his debut in the police comedy 48 Hrs. and became famous overnight. The following films Trading Places, Best Defense, Golden Child and especially Coming to America made him one of the most favorite actors of the 1980’s.

But the most successful film was the crime comedy Beverly Hills Cop, where Murphy played Detective Axel Foley. It is interesting that initially Sylvester Stallone was supposed to play this character, but the directors and producers replaced him with Eddie, and, as it turned out, they were right.

Later, the actor had a creative block. He became a director and shot the film Harlem Nights to overcome these problems. The movie had a good box office grosses, but it was criticized by specialists and even got the Golden Raspberry Award for the Worst Screenplay.

He attracted viewers’ attention once again the with the help of the grotesque comedy Nutty Professor. In the new century, the actor continued to delight fans with his works Haunted Mansion, Norbit, Tower Heist, A Thousand Words. The only Murphy’s non-comical role in his career must be mentioned too. He played R & B-singer James Early in the musical drama Dreamgirls.

The actor also brilliantly voiced the ass in the famous cartoon Shrek. This cartoon has given the actor work many times. In 2004 and 2007, the sequels appeared on the screens. The short Christmas cartoon Shrek The Halls was released in 2007, and Shrek Forever After in 2010. Then there were two more short animations of the same franchise Donkey's Christmas Shrektacular and Shrek's Thrilling Tales.

Also, the actor performed a number of songs that sounded at the end of the cartoons. In the first film, Eddie Murphy sang the famous "I'm a Believer", and in the second film, the actor sang Ricky Martin’s hit "Livin' La Vida Loca" together with Antonio Banderas, who voiced the cat named Puss in Boots.

However, even the famous cartoon franchise could not return the comic's former popularity.

In 2012, Eddie Murphy was titled as the most overpaid and unprofitable Hollywood star. It turns out that the actor brings the film companies the least income among the colleagues with similar fees. According to Forbes magazine, which compiled this list, the films left studios with $2.30 for every $1 they paid Murphy.

The actor's refusal to host the prestigious Oscar ceremony in 2012 was the main reason to top the list of overpaid celebrities. It was already announced that the actor would host the 84th Oscar ceremony, but later Eddie Murphy flatly refused to do it.

The actor said that the reason was the removal of director Brett Ratner from producer position, the latter offered Murphy to host the ceremony. Journalists didn't support Murthy too because Ratner was removed for an inappropriate comment about sex minorities.

In addition, the creators of the rating recalled that the last films with the participation of the actor A Thousand Words, Meet Dave and Imagine That was a box office flop.

Whether the rating was the last straw or the matter ran its course, but after 2012, the creative biography of Eddie Murphy had a long break.

Eddie Murphy is not only a popular comedian and Hollywood actor. He also became famous as a vocalist of The Bus Boys band, and as a solo artist. Some of his songs became soundtracks, for example, "The Boys Are Back in Town" is played in the comedy 48 Hrs., Eddie performed Ricky Martin's hit "Livin' La Vida Loca" together with Antonio Banderas, as well as "I'm a Believer" in the animated film Shrek.

One of the solo albums Comedian, released in 1983, was even awarded the highest music Grammy Award. Murphy also sang with his friend, pop singer Michael Jackson. People can see them together in the music video of the King of Pop "Remember the Time" and "Whatzupwitu".

Before the first official marriage, Eddie Murphy had not only several famous love affairs with colleagues but also two children born outside marriage. Paulette McNeely gave birth to his first child, Eric, and Tamara Hood gave birth to the second son, Christian.

In 1991, the actor began relations with model and designer Nicole Mitchell. He met Nicole three years earlier. In 1993, a plush wedding was held at the New York Plaza Hotel, where Eddie and Nicole became husband and wife. Over the next years, the couple had five children, but in 2005 Murphy and Mitchell broke up, and a year later the relationship ended officially.

The next girlfriend of the famous comedian was the former vocalist of the cult Spice Girls, Melanie Brown. They lived in a common-law marriage for some time, the woman gave birth to their daughter, Angel Iris Murphy Brown. Despite the fact that the child has his surname, Eddie did not want to recognize this little girl for a long time and agreed only after confirming his paternity with a DNA test.

In 2008, the actor married film producer Tracey Edmonds for the second time. The wedding took place on the island near Bora Bora, but the marriage was concluded without official civilian representatives, thus, it was declared invalid under US law. For the past four years, Eddie Murphy has had relationships with young model Paige Butcher. In early May 2016, she gave birth to his daughter Izzy Oona Murphy, who became the ninth child of the famous artist.

In 2016, Eddie Murphy returned to the screen, starring in the drama Mr. Church. The film is a screen version of the story by an American writer and video blogger, Susan McMartin, who has written scripts for several episodes of popular TV series Californication, Two and a Half Men and others.

The action of the story and film takes place in the 1970’s, which affects the relationship between the characters. Henry Joseph Church (Eddie Murphy) is a servant in the house of a single mother, who suffered from cancer. Mr. Church helps a sick woman, and also supports her daughter after the death of her mother, when the hero's work is already running out.

The film got negative reviews from film critics. Viewers saw problems both in the plot and in the storytelling. Many people would have been more interested to see the story from Mr. Church’s point of view, but not from the girl, who constantly asked for help. Nevertheless, Eddie Murphy got positive reviews for his acting.

In 2017, there were rumors that Eddie Murphy started filming the biographical movie Richard Pryor: Is It Something I Said? and the comedy Triplets. 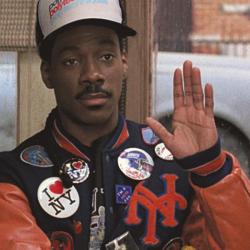