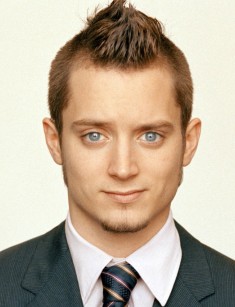 Elijah Wood is an American actor. Elijah Wood became famous for the role in the fantasy trilogy The Lord of the Rings, based on the books by J.R.R. Tolkien. After playing the Hobbit, Wood is regularly offered roles. Nowadays Elijah Wood's filmography consists of six dozen films and serials. Fans remember the actor’s characters in the movie Everything Is Illuminated, Sin City and Maniac, as well as in the television series Wilfred and Dirk Gently's Holistic Detective Agency.

Elijah Wood was born on January 28, 1981, in Iowa. He is the second child in the family. His elder brother Zachariah and younger sister Hannah are also actors.

Since an early age, Elijah Wood has shown a musical talent. At the age of 7 the boy sang in a local choir, and at age eight he took part in theatre productions. The mother tried to give her children a proper upbringing and education. She jokingly called fidgety Elijah "a little monkey."

In 1988, when Wood was barely seven years old, his mother took him to audition in a modeling agency. Half a year later, Elijah already attended the model and talent agency in Los Angeles.

The handsome boy was noticed and offered to shoot in advertising. He got bit parts in movies. The actor says that initiation into the adult world was painful for him. His fragile psyche had to face the cruelty of show business. He managed to overcome all obstacles with the support of his mother and sister.

Elijah Wood appeared in episodes for several years. Later, he began to film in serious projects. In 1991, when he was ten years old, the boy played one of the title characters, a boy who reunited the family, in the film Paradise. Critics appreciated Wood’s acting, calling him the best actor of the movie.

In 1993, Elijah starred in the movie The Good Son with Macaulay Culkin, but the movie was not very popular with viewers. The next film was The Adventures of Huck Finn. Wood’s character was very different from his previous roles. In 1994, the movie The War was released, where the actor played in a duet with Kevin Costner. Critics gave generous praise again. The same year, Elijah Wood played a leading role in the family comedy North. Young Scarlett Johansson starred together with Wood in the film.

1999 was fateful for the actor. After the role of Frodo Baggins in The Lord of the Rings, Wood woke up famous and became an integral part of the history of world cinema. Elijah found out about the upcoming shootings accidentally and persuaded the director to see his play. The film was shot in New Zealand for a long time, and the actor had to change his place of residence. The actor showed excellent acting skills, so it's hard to imagine anybody else in the role of Frodo Baggins.

In addition to the expressive eyes and a boyish face, Elijah Wood got the role of the famous Hobbit due to a short height (168 cm). Sir Ian McKellen, Viggo Mortensen, Sean Astin, Cate Blanchett, Billy Boyd, Dominic Monaghan, John Rhys-Davies, Orlando Bloom and Liv Tyler played the leading roles in the trilogy.

After The Lord of the Rings, Elijah starred in the science fiction drama Eternal Sunshine of the Spotless Mind. In 2005, the actor played in the neo-noir crime thriller Sin City.

In 2005, Elijah Wood also played a leading role in the adventure comedy-drama Everything Is Illuminated, based on the biographical novel of the same name by American writer Jonathan Safran Foer. Elijah Wood played the role of Jonathan, who was looking for a woman who saved his family during the war.

The same year, the actor also played a leading role in the crime drama Green Street about football hooliganism.

In 2008, Wood appeared in The Oxford Murders, and in 2010 he played a significant part in the American-French crime horror film Maniac. The actor played a sadistic maniac who suddenly fell in love.

In 2011, Wood played a leading role in the black comedy series Wilfred. The creator of the television series, Jason Gann, portrayed the second important character of the dog named Wilfred.

In 2012, Elijah returned to the famous role of the hobbit in The Hobbit: An Unexpected Journey, the prequel to The Lord of the Rings.

The same year, Wood played a significant part in the thriller Grand Piano. In this film, Wood portrayed a talented pianist, Tom Selznick, who fell victim to his fan and maniac.

In 2014, the actor played in the British biographical drama film Set Fire to the Stars about the life of Dylan Thomas in New York. Wood portrayed John Brinnin, who invited Thomas to the city for lecturing and literary meetings. The same year, the actor played a leading role in the science fiction comedy Cooties about the zombie virus in the private school. Elijah Wood was a producer again.

Fans often confuse Elijah Wood with another "famous boy," Daniel Radcliffe. Wood has even admitted in an interview that he is fine with it, and sometimes even signs autographs instead of his colleague.

Elijah Wood prefers not to talk about his personal life, so there is little information about his girlfriends. Wood does not have an official Instagram account. At the beginning of his acting career, Elijah had a love affair with actress Bijou Phillips.

Wood met actress Franka Potente on the set of the movie All I Want. They started dating. The couple did not appear in public. So, the paparazzi could take a few photos of them.

From 2005 to 2010, the actor dated drummer Pamela, a member of the band Gogol Bordello. But they broke up, as soon as Pamela started talking about marriage. Elijah Wood was not ready for this serious step.

Since 2010, the actor has not appeared together with women. Wood’s loneliness caused rumors about his sexual orientation, but the star stopped rumors threatening the journalists with a lawsuit.

In 2016, Wood appeared in the role of Eddie in the film Black Wings Has My Angel. The same year, the actor played a leading role in the crime drama The Trust. Elijah Wood played a corrupt sergeant who along with his partner stole money from a hiding place in the Evidence Management unit and thereby jeopardized his own life.

In October 2016, American viewers and on December 11, 2016, the international audience could watch the series Dirk Gently's Holistic Detective Agency, based on books by Douglas Adams. Elijah Wood played the leading role of the loser and deceiver, Todd Brotzman, the detective’s partner. One more title character is naive and optimistic detective Dirk Gently whose name appears in the title. British actor Samuel Barnett played the role of the detective.

Dirk Gently believes in the holistic interconnectedness of all things. The series shows both ordinary detective work and fantastic elements, which made the TV series popular with fans and distinguished it among recent detective films.

In November 2016, the creators of the series announced the second season, which would be released in the summer and autumn of 2017.

In January 2017, the crime comedy I Don't Feel at Home in This World Anymore premiered. The film shows how in the unjust world hooligans have stolen sensitive girl Ruth’s spoons. The victim with her eccentric neighbor, the only person who agreed to help, can restore justice. 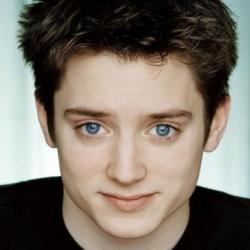