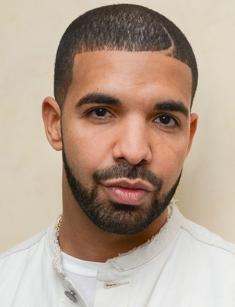 Drake is a multiple Grammy winner; his hip-hop albums always attract the attention of music critics and ordinary people. The musician’s album Scorpion is among the top 15 albums of 2018; some singles are likely to bring him new achievements.

Aubrey Drake Graham was born on October 24, 1986, in Toronto, Canada, into the family of the African American Dennis Graham and the Jewish Sandra Sher. The mother worked as an English teacher, and the father was a drummer in the team of a rock’n’roll founder Jerry Lee Lewis. The boy inherited this love of music.

The father was involved in Aubrey’s artistic upbringing while the mother took care of the faith issues: the boy was raised according to the Jewish traditions. Drake attended a Jewish school and had a Bar Mitzvah ceremony.

When the future star turned five, the parents divorced. Aubrey stayed with this mother in Toronto while the father came back to Memphis, Tennessee, and spent several years in prison for drug trafficking. Due to the financial and legal limitations that followed Dennis’s arrest, the man did not see his son until he reached the legal age.

Sandra and Aubrey used to live in a working neighborhood until the boy finished grade six; in 2000, they moved to the rich Forest Hill neighborhood. At that time, the future rapper played for the youth hockey team Weston Red Wings.

When Drake attended Forest Hill Collegiate Institute, he took an interest in art. The young man’s race and religion caused bullying from classmates, and he transferred to Vaughan Road Academy. Mocking was permanent. For this reason, as well as the blossoming acting career, Aubrey had to quit his studies. The musician finished his education in October 2012.

Drake began his road to fame as an actor: when the Canadian turned 15, his school friend introduced him to his father who worked as an agent. The man organized the audition for the series Degrassi: The Next Generation; Aubrey got the role of Jimmy Brooks, a basketball talent who never turned into a star.

When Jimmy was a high-school student, his sports career was ruined: a classmate shot him in his back at a party. As a result, the young man was paralyzed and dependent on a wheelchair; there was no chance of recovery. Jimmy overcomes the crisis and devotes himself to music.

Acting was not a mere ambition issue for Drake: Sandra got seriously ill and could not earn the family living. Thus, Aubrey’s income from Canadian television was the only source of money. The actor worked on Degrassi: The Next Generation until 2007; he appeared in 145 episodes.

Jay Z and the hip-hop duet Clipse inspired Drake to create his debuting mixtape Room for Improvement (2006) that included 17 original tracks and five remixes. The American rappers Trey Songz and Lupe Fiasco contributed to the project. 6000 copies were sold.

The next year, the beginning singer presented the second mixtape Comeback Season; the freestyle to Kanye West’s song “Barry Bonds” and the collaboration with Lil Wayne “Man of the Year” were included. The song “Replacement Girl” was the first work that appeared on television.

The third mixtape So Far Gone (2009) and particularly the songs “Best I Ever Had” and “Successful” brought the musician popularity. Both songs received the RIAA Gold certification. Moreover, “Best I Ever Had” reached the second position in Billboard Hot 100. The EP version of the album was marked with number six at Billboard 200 and the first musical prize, Juno Awards, in 2010.

Record companies started fighting for Drake and offered incredible conditions to get the young star. Eventually, the rapper signed a contract with Young Money Entertainment in June 2009. Their first album Thank Me Later came out the next year and debuted from the top position in Billboard 200; 447000 copies were sold in a week. The second album, Take Care (2011), was equally successful and brought Drake his first Grammy.

The next album, Nothing Was the Same (2013) continued the line of success; it achieved the top position in US Billboard 200. The rapper earned $46 million during his tour “Would You like a Tour?” supporting this album.

The 2016 album Views brought Drake the love of British, German, French, and Australian fans; it was also popular in other countries. The song “One Dance” became the most popular track on Spotify: by October 2016, it was streamed more than 882 million times. The song “Hotline Bling” was awarded by two Grammys.

In 2018, the musician had the next album, Scorpion, released. It contained 25 tracks including "In My Feelings”, “God's Plan”, and “Don't Matter to Me”; the album duration was 90 minutes. Today, the artist gives many concerts to support this work

Drake has broken many women’s hearts; Madonna was one of them. In her interview to US Weekly, the singer confessed she would like to go out with the rapper and “just kiss” him. In 2015, when the musicians performed at Coachella, the queen of pop music initiated the kiss. In response, Drake showed ambiguous emotions: he winced and wiped his lips. Later, the man wrote on his Instagram page:

“Don’t misinterpret my shock!! I got to make out with the queen Madonna and I feel ? about that forever. Thank you, Madonna”.

Drake’s romance with Rihanna has been his most significant relationship; according to the artist, he had fallen in love with her at 22. They started dating in 2009 when they accidentally met at a bowling club. Drake devoted the song “Fireworks” to that evening. The musicians played lovers in Rihanna’s music video “What’s My Name” (2010) and Drake’s “Take Care” (2012); their performances together were hot and bright. The paparazzi took many romantic photos. Nevertheless, they did not say they were a couple for a long time.

In 2016, Drake declared his love to Rihanna at MTV Video Music Awards; they got matching shark tattoos. Fans expected the lovers to marry, but they split up. However, the celebrities’ official representatives guesstimated they could make amends.

The musician is a close friend of the actress Millie Bobby Brown. Their relationship will likely to provoke a scandal: they write on Twitter they miss each other, and Drake gives recommendations about relationships to Millie. The Internet is actively discussing how absurd the romance between the teenage girl and the grown-up man may be.

Drake has a dual citizenship: the USA and Canada. The singer’s height is 182 cm., and his weight is 77 kg.

2019 will bring Drake many events: the tracks from Scorpion, as well as the album itself, have been nominated for various awards.

The musician has announced that the work on the seventh album will start in spring 2019; the details about the project remain unknown. 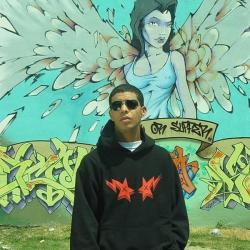