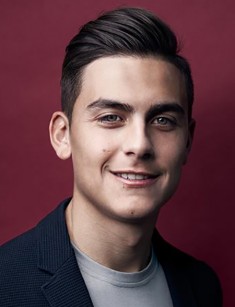 The star forward, the gift holder, and the diamond of the modern soccer – sports commentators and reporters shower Paulo Dybala in epithets. The fans’ endless love and good results strengthen the player’s success.

Paulo Dybala was born in Laguna Larga, Argentina, on November 15, 1993. Paulo was the youngest among the three sons in the middle-class family. The Argentinian’s grandfather came from Poland; he escaped the Nazi during the Second World War. The grandmother was Italian. In 2012, Dybala acquired the second nationality and became the Italian citizen officially.

Paulo’s father Adolfo used to say that one of his sons would become a great soccer player. The first son Gustavo became a businessman; the second son Mariano took up gymnastics. It was the youngest son who started making the father’s wish come true from his early years.

The boy began to play in the local children’s team “Club Atlético Newell's Old Boys Laguna Larga.” At 10, he joined the youth team Instituto. The practice took place in Córdoba, an hour away from Dybala’s town. Every day, the father accompanied the boy, supported him, and shared his joy of success.

Unfortunately, the man did not see his son’s triumph: when Paolo was 15, the father died of pancreatic cancer that he had been fighting for several years. The father’s death was a severe blow for the boy; the forward confessed that he thought about committing suicide. It was the father’s faith, hopes, and the desire to honor his memory that stopped the young man from this action.

For six months, the player came back to Laguna Larga and trained in the club where he used to practice in his childhood. Instituto mates sympathized with Paolo’s feelings. In the end, the sportsman came back to Córdoba and started living at the club base. It was challenging for the young man to part with his family and live alone in a strange city, but he overcame the ordeals.

In 2011, the forward debuted in the main club team and played the match with Club Atlético Huracán. In a week, the young sportsman scored his first professional goal during the game with Aldosivi.

At 17, Dybala broke the record and became the youngest striker: he did two hat tricks in seven months that he played for Instituto in 2011.

In summer 2012, the forward signed the four-year agreement with Palermo, Sicily. Dybala spent the first year in the Serie B and left for the Serie A in the next year. It was the brilliant time: the media and fans admired the young talent. Dybala remembers that people even queued in a café to pay for his coffee.

It is interesting that the sportsman’s teammates did not recognize him as a serious player at first. He was relatively short (177 cm.) and a little infantile physics encouraged people to give Paulo the nickname “u picciriddu” (“a small boy, baby”).

The player’s statistics interested the administration of the Italian club Juventus. In 2015, the forward transferred to the new club; the transfer cost was €32. In his debuting match for Juventus against Lazio, the striker scored a goal.

The further matches were often marked with the player’s positive results: goals occurred sequentially. In this team, Dybala became the champion of Italy twice; he also won the Coppa Italia.

Excited fans and journalists called Dybala the second Messi. The forward said this comparison with the soccer legend was flattering, but he would prefer to be himself.

The forward has not shown his abilities in the international soccer. The striker dreams of playing for his native Argentina with Messi, but the administration and coaches cannot see Paulo’s role clearly. In 2015, Dybala debuted against the Paraguayan national team in the 2018 FIFA World Cup qualifying match. However, his national team career has not developed yet.

Dybala received the Italian national team offer but rejected it: he wanted to have the chance to play for Argentina.

The young man has had a long relationship with the Argentinian beauty Antonella Cavalieri. The player often posts photos together with his girlfriend on his Instagram page. More than 15 million people follow the page.

Before the young woman met the forward, she was a management team member in a restaurant. Nowadays, she is building her model career and accompanies her lover on trips.

The player is close to his mother Alicia. Since 2017, Paulo’s elder brother Gustavo became his agent; Dybala trusts him absolutely.

On the Internet, users discuss Paulo’s gesture that he shows after each goal scored: the forward puts his thumb and index finger to the lower part of his face. This gesture is called “Dybala’s mask”; its meaning was unknown for a long time. The player kept the intrigue but eventually explained that it was the gladiator’s mask that hides smiles and kindness of a warrior. By the way, Paolo is a fan of the movie “Gladiator.”

According to the current contract (expiry date is 2022), the player’s wage is €7 million. In Series A, only Gonzalo Higuaín from the same club earns more.

In season 2017-2018, the forward got the legendary number 10 in Juventus. In the video recorded by the beginning of the season, Paulo said that wearing this number meant wearing the history. Michel Platini, Roberto Baggio, and Alessandro Del Piero gained the honor of wearing this number.

With all that being said, there are still many rumors concerning the forward’s plan to change the club. In 2017, the Barcelona transfer negotiations were held; the position of Neymar was vacant.

The club administration was ready to offer €120 for the player. However, the coaching staff did not support this idea: as they thought, Dybala could fail to play with Messi. Both forwards duplicate each other on the field which would interfere with the game’s tactics.

At the end of March 2018, Diario Gol reported that the player’s agent reached the agreement on Dybala’s transfer to Atlético Madrid; the transfer cost was estimated at €150-200 million. 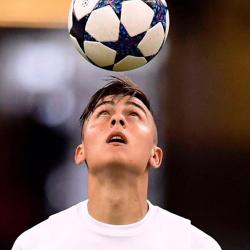