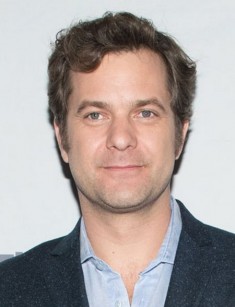 Joshua Jackson is an American-Canadian actor. He starred in the teen series Dawson's Creek in the role of Pacey Witter and played the role of Peter Bishop in the science fiction series Fringe.

Joshua Jackson was born on June 11, 1978, in Vancouver, which is on the west coast of Canada. Joshua comes from an international family. The actor's mother is Irish, and his father is American. The actor has a sister, Ashley, who is five years younger than him. At first, the Jackson family lived in California, but when the future actor turned eight, he moved with his parents and a sister to Canada.

Joshua decided to become an actor when he was eleven years old. The mother of the boy worked as a casting director and knew the difficulties of the profession. To show this to her son, the woman took him to the audition. Joshua’s mother expected that he would be disappointed and change his mind. The boy was immediately offered to star in an advertising campaign. This project was the first in the acting career of Joshua Jackson.

In 1998, the actor played the role of Damon Brooks, the friend of the main character Natalie Simon in the horror film Urban Legend. The girl finds out the corpse of Damon, and then it disappears mysteriously.

A year later, Joshua Jackson played the role of Blaine Tuttle in the melodrama Cruel Intentions. The film is based on the French novel under the title Dangerous Liaisons, written in the 18th century. The plot of the novel is adapted and modernized. The heroes are rich kids from New York.

In 2000, Joshua starred in the action movie The Skulls. The hero, Luke McNamara, is a talented but not rich student. One day, Luce is invited to join a secret society called The Skulls. The young man passed the test and became a member of this secret organization together with representatives of the university, business, and political elite. The future of the young man looks promising, but not so simple.

In the same year, the thriller Gossip was released. The actor played the role of Beau Edson, the boyfriend of Naomi. Young people had fun together in a nightclub, where three students noticed them. Naomi and Beau got drunk and lost consciousness, and this trio decided to tell everyone that Naomi slept with Beau.

New details appeared. People told Naomi that Beau had raped her. Naomi didn’t remember what had happened at the club and believed the gossip. As a result, Beau was arrested.

In 2005, Joshua starred in the mystical horror film Cursed in the role of Jake. The main characters of the film fell into a mysterious accident at night in the middle of the forest because of a strange wolf. As a result, the heroes began to show unusual abilities.

The same year, the dramatic comedy Shadows in the Sun was released. Joshua played the role of Jeremy Taylor, the young editor of a major London publishing house. He was commissioned to find once a famous writer who had long ago quit his job and was hiding in some Italian village. Jeremy must convince him to return to work and sign a contract for a new book.

Joshua played one of the leading roles in the teenage series Dawson's Creek. His character, Pacey Witter, is a son of a sheriff and an F student, the best friend of the main character, Dawson Leery. In the first season, Pacey had a relationship with his English teacher. In the second season, Pacey was dating a girl, Andy. She had a very good impact on him - the hero began to study better. Then, Pacey was dating his best friend’s girlfriend, and in the fifth season gets a job in a restaurant.

Jackson also starred in the TV series Fringe directed by J.J. Abrams. The actor played the role of Peter Bishop - the son of a mad scientist who, along with his father, studies unusual phenomena such as levitation, telepathy, and reincarnation.

In 2008, Joshua played the leading role in the Canadian adventure drama One Week. Ben Tyler teaches English at school. Learning that he was fatally ill, Ben bought a motorcycle and traveled around the country.

The actor also starred in the Showtime series The Affair, where he played Cole Lockhart, the husband of Alison, the main character. Alison has an affair with a schoolteacher who is also married and has four children. Alison and Cole also had a child, but he died, and the marriage was on the verge of collapse.

From 1998 to 2000, Joshua Jackson had a relationship with the actress Katie Holmes. The actors worked together in the project Dawson's Cove at this time. Then Katie began dating the actor Chris Klein. In 2006, Joshua started dating Diane Kruger.

Ten years later, in July 2016, they broke up. The couple was not officially married, and Diane was not Joshua's official wife.

After parting with Diane, Jackson began a relationship with the actress Crystal Reed. They were dating for some time.

There were also rumors that the actor was dating Anna Torv, his colleague on the TV series "Fringe." Anna discussed their "upcoming" wedding and plans for children with the journalists, but eventually, it turned out that this was only a joke, and Anna married the actor Mark Valley.

Joshua Jackson has accounts on the Instagram and Twitter, where the actor posts photos from his everyday life.

Also, the actor made his debut on Broadway in the musical Children of God. It tells about a teacher who teaches at a school for the deaf, and about a beautiful woman he meets there. Jackson plays in this musical along with actress Lauren Ridloff. 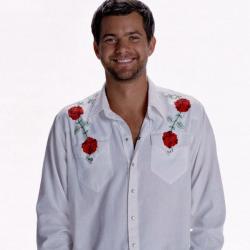