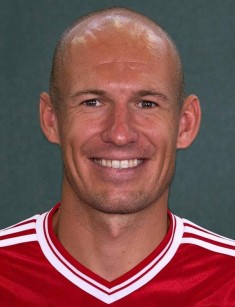 Following the FIFA World Cup-2018 in Russia, people have become interested in biographies of sportsmen. As a rule, readers select the stories about the most interesting players whose position on the field is always right and who score many goals, to their fans’ joy.

There are many talented soccer players, but it is quite challenging to stand out among them so that journalists took an interest in a certain player. However, Arjen Robben, the winger of Bayern Munich from the Netherlands, has managed to achieve this goal. This fact is not surprising, for the sportsman famous for his left-foot kick has won championships in four countries: the Netherlands, Great Britain, Germany, and Spain.

The future player was born on January 23, 1984, in Bedum, the town in the Netherlands. The boy’s parents predetermined his fate. His father Hans Robben was a soccer agent, and the mother Marjo was the local celebrity. When a kid, Arjen disliked going to school and showed no interest in education; he was fond of sports.

Arjen wanted to follow in the footsteps of his father, and the parents did not doubt their child would become a soccer player. Arjen was lucky: Hans and Marjo did not hesitate to take the boy to the best soccer academies. While other children were learning sciences, Arjen was going to the sports school in the morning and practiced. The young player was the best in his team in the Coerver method.

The method is based on developing not only individual skills but also mastering the techniques. As a result, Arjen joined the local club Groningen named after the province in the north of the country.

In 1999-2000, Robben was engaged in youth team training. In 2000, the player was included in the players who took part in the main team during the Eredivisie, the highest soccer echelon of the Netherlands; the club played against Twente. The young man did not appear on the field at that time. However, in December, Arjen stepped in for injured Leonardo at the 79th minute during the match against Waalwijk.

Gradually, Arjen Robben was climbing the career ladder. The young man stopped sitting on a bench, and he was included in the main team. In Groningen, the player had 18 matches and scored two goals.

As the season finished, the young man received the title of the player of the year. This award inspired Arjen and motivated him: in the next season, Robben scored six goals in 28 games.

In 2002, PSV paid € 3,9 million for the player’s transfer. In this club, the man had 33 matches during his first season and scored 12 goals. With these accomplishments, the Dutch became the player of the year together with his colleague, the forward Mateja Kežman. Both of them played in the attacking duo and created their own tactics.

Small wonder: fans called the players “Batman and Robben.” Thanks to these sportsmen’s contribution, the club won the Eredivisie.

Robben became the Dutch Footballer of the Year and got the Johan Cruijff Prijs. In the next season, the winger gained the silver medal in the same championship.

The sportsman stood out for his feints and dribbling. Later on, he met the head coach of Manchester United. Alex Ferguson offered € 7 million for the transfer, but the PSV chairman Harry van Raaij considered this sum ridiculous. He said that Manchester could buy only a T-shirt with the sportsman’s autograph for this money.

Eventually, Arjen was sold to Chelsea; the transfer cost was $18 million. In 2004-2005, during the Community Shield, he scored seven goals. However, the overall career in Chelsea was not lucky because of numerous injuries. Thus, the player was unable to participate in important matches of the Champions League.

This sum was the fifth case in the history of the Spanish club when players cost it a fortune: before, Real Madrid bought David Beckham, Zinedine Zidane, Luís Figo, and Ronaldo. This purchase proved to be right: the sportsman contributed to the Supercopa de España victory in 2008-2009.

In 2009, the player joined Bayern München where his career was beyond dreams. Although the sportsman did not want to leave the club, Real Madrid decided to sell him.

On August 28, the sportsman had to sign the contract with the German club for four years. Rumors had it the sportsman’s salary was € 8 million. It is peculiar Arjen was named the best player of Germany.

Following the results of the German season, Bayern won the Bundesliga and DFB-Pokal. The sportsman also succeeded at the Euro-2012 and World Cup-2014. There were speculations Robbern was going to join Zenit Saint Petersburg, but that was not true.

The sportsman’s height is 180 cm., and his weight is 80 kg. Few facts are known about his private life. Arjen has his own Instagram and Facebook pages, although he does not post many photos.

The sportsman is married to Bernadien Eillert; they have three children. Arjen and Bernadien used to go to the same school.

Some fans called the Dutch “the fragile player” because he had many fractures and other traumas. When the sportsman played for Chelsea, he was diagnosed with the oncological disease of testicles. Fortunately, the treatment was effective, and the player continued his career.

Robben always educates himself; he is fluent in English and German. The sportsman’s fortune is about $80 million. He owns two houses in the Netherlands and Germany and two cars, BMW and Audi.

In 2017, the sportsman announced he finished his national team career. 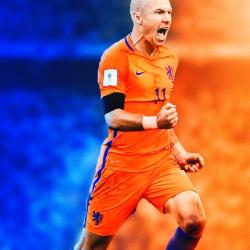