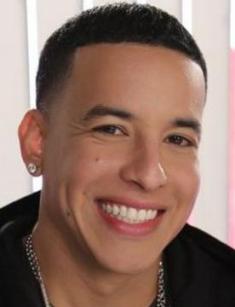 Many artists mix their native countries’ styles with modern genres: Numa Crew, Don Omar, Richie Loop. However, it is Daddy Yankee who is considered the reggaeton king; moreover, some sources call the musician the creator of this term. Millions of people dance to his songs, and his music videos break records of views. Daddy Yankee has built a successful business empire with people’s love of rhythmic, groovy tunes.

Ramón Luis Ayala Rodríguez came from Puerto Rico. He was born in February 1977 into an artistic family. The boy’s father played the guitar; every family member was always singing something or improvised. However, Ramón preferred baseball and dreamed of joining Major League Baseball; nobody could have thought he would pursue a music career.

However, the dreams about the sports success were broken: when Rodríguez was recording songs with his friend Pedro Gerardo Torruelas also known as DJ Playero, he had a leg injury. Every cloud has a silver lining: the DJ’s mixtapes marked the beginning of reggaeton’s popularity among dance lovers.

In 2002, Daddy Yankee presented the album El Cangri.com that proved to be popular in Puerto Rico. The musician strengthened the success with the second work, Los Homerunes. It was pretty clear: a new star had been born.

In the 2000s, the hits “Gasolina”, “Oye Mi Canto”, “Lo Que Pasу Pasу”, and “King Daddy” from Barrio Fino were the bestselling Latino songs. The latter song made the singer’s nickname among his fans. The artist’s bright videos were also remarkable: beautiful landscapes, passionate women, and luxury cars.

In 2004, Sean Combs (P. Diddy), one of the most powerful and wealthy hip-hop musicians, noticed Daddy Yankee and invited him to an advertising campaign. Soon, Pepsi offered him to participate in a video in Spanish.

In 2006, Ramón was included into Time 100. He signed a $20 million contract with Interscope Records that collaborated with many celebrities: Tupac Shakur, Snoop Dogg, Lady Gaga, and Selena Gomez. Besides, Daddy owns El Cartel Records.

When the artist was working on El Cartel: The Big Boss, he mentioned he would like to return to rap roots; will.i.am, Héctor Delgado, and Fergie contributed to it. The tour in South and North America brought full stadiums; the recording number of people visited Daddy Yankee’s shows in Bolivia and Ecuador. Hundreds of people had to stay outside concert venues: there were not enough tickets for everyone.

The song “Grito Mundial” could have become the hymn of the FIFA World Cup in 2010; however, the musician did not want to sell the rights. The first part of the music video was filmed at La Bombonera stadium in Argentina when Boca Juniors and Chacarita played. The interval was extended for Daddy Yankee. The second part showed a Rio de Janeiro neighborhood, the favela Tavares Bastos.

The 2012 album Prestige topped US Latin Albums; it was included in the top five songs in US Rap. The Spanish actress and singer Natalia Jiménez appeared in the music video “Noche De Los Dos”.

Ramón became a husband early, at the age of 17. His wife’s name is Mireddys González. They have three children: the daughters Yamilet and Jesaeelys and the son Jeremy.

The media love Daddy Yankee: he is always glad to talk to journalists, although he avoids personal themes. Instagram followers can see his concert pictures or videos where fans are dancing to Ramón’s hits.

The musician has a dog Kaleb.

The artist likes to wear chains and sports outfits. He has several tattoos on his shoulders.

Rodríguez’s sizes are not modeling: the man’s height is 5.58 feet (170 cm.), and his weight is 171.96 lbs. (78 kg.). However, he is often invited to photo shoots. Fans believe that photographers like the musician because he looks natural and optimistic, not like a plastic mannequin.

Daddy Yankee has a radio show Daddy Yankee on Fuego; he produces a perfume line and Reebok’s I Am What I Am clothing line.

In 2017, fans welcomed the song “Despacito” recorded with Luis Fonsi. It won four Latin Grammy Award and became the first Spanish song after “Macarena” that reached the top of Billboard and UK Singles Chart. The music video had a billion views on YouTube in 97 days; only Adel’s “Hello” surpassed it.

Daddy Yankee became the most popular Latino American artist on Spotify. Later, the renewed version of “Despacito” with Justin Bieber came out.

At the beginning of 2018, Daddy presented the music video “Ice”. It was shot in Quebec, Canada; the temperature was -20°, and Rodríguez’s fur coat was not a mere luxury.

The severe winter conditions emphasize the song content: the main character becomes a cruel, cold-hearted person because of his lover’s betrayal. The model Valery Morisset played his girlfriend. The trap genre of the song is rare for Daddy Yankee.

July brought the single “Como” with the singer Kim Viera. Kim was the leading figure in the music video; Ramón appeared amidst a crowd in a night club. Besides, 2018 was marked with “Zum Zum” with the Dominican singer Arcangel and the Puerto Rican duo Rakim & Ken-Y. The hit “Dura” was released as a single. Soon, the collaboration with the merengue artist Elvis Crespo, the American house DJ Steve Aoki, and the rap duo Play-N-Skillz brought the song “Azukita”.