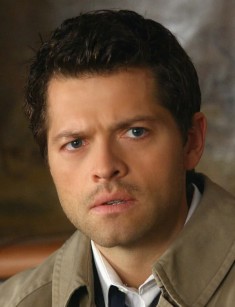 Misha Collins is a talented American actor, producer, director, and poet; he has become popular thanks to the role of Castiel in the series Supernatural. In 2011, the artist founded his own charity fund that educates orphans and builds orphanages for them.

The future star’s father, Richard Edward Krushnic, was an ordinary worker. The mother, Rebecca Tippens, was a committed hippie who visited the Soviet Union in her youth and, according to some sources, dated a young man Mitya; later, the woman named her son after him. Later, three more children were born: the son Sasha and the daughters Elizabeth and Danielle.

Misha’s mother participated in an amateur theater and worked as a professional fairytale teller. When Collins was little, he often participated in her plays; this experience influenced Misha’s career choice.

The parents were looking for a job and often moved; thus, the boy transferred to new schools every year. Fortunately, in 1992, he happened to finish the prestigious Northfield school; as the ambitious young man graduated, he entered a college.

At that period, the Krushnic’s house burned down which deteriorated their financial state. To pay for his studies, the young man worked part-time as a carpenter on weekends and an assistant at the National Public Radio when he was not busy at the college.

A couple of years later, Misha became a commercial producer; he gladly created ad slogans and articles for a weekly edition. Besides, the young man dreamed of being a politician; as a student, he worked as a trainee in the White House. Thanks to his diligence, Misha graduated from Chicago University where he studied sociology.

The young man needed some rest; he traveled to Tibetan and Nepal monasteries and looked for enlightenment. This practice is traditional for the actor: today, he distances himself from people twice a year and meditates for ten days.

After Misha graduated from college, he founded a company specializing in educational software. Simultaneously, he took up acting classes and actively used his abilities to promote his firm.

Collins has always been a creative person; he adores art and tries to create new images, things, and poems. Following his hard work, the first movie roles came: NYPD Blue (2000), Seven Days (2001), and ER (2005-2006). In 1999, the actor participated in the series Enchanted and played a friend of one of the main characters.

Gradually, Misha realized that acting brought him more benefits than his company and focused on movies. The young man took the stage name “Misha Collins” and moved to Los Angeles where he continued to polish his skills. Soon, he played the Russian Alexis Drazen in the series 24. The young man’s knowledge of the Russian language helped him during the auditions: Misha’s accent was so convincing that the producer asked the actor where he had been born.

In 2006, the artist played the lead role in the low-budget thriller Karla. Laura Prepon (known for the role of Alex in the series Orange is the New Black) and Misha Collins portrayed a couple of serial killers and abusers who kidnapped young women and tortured them. The story was based on a real criminal case.

In 2008, Eric Kripke, the creator of the popular mystic series Supernatural, decided to introduce angels to the story. To prevent early spoilers, actors were asked to recite demons’ texts – these creatures were common in the series universe. Soon, Collins received the break-through role of Castiel and appeared in several episodes of the fourth season as a guest actor. The audience liked him; Misha joined the lead cast including Mark Pellegrino and Alexander Calvert.

Following God’s will, Castiel liberates Dean (Jensen Ackles) from the Underworld. In the course of time, the Winchester brothers (Jared Padalecki and Jeffrey Dean Morgan) and the angel become allies. The brothers are aware of Castiel’s incredible abilities including his power to heal people by his touch and kill demons; naturally, it is beneficial for them.

It is silly to make a one-sided character. Soon, Castiel who lacked emotions and hardly talked begins to absorb the human existence and have feelings. At some moment, he elevates himself to God Himself which leads to a catastrophe. The angel repents for a long time and looks for the way to make amends.

Castiel is not the only character that Collins played in Supernatural: angels, as well as demons, cannot walk in the street in their shape. Thus, they have to use human bodies as their vessels.

Castiel’s vessel is the religious man Jimmy Novak who agrees to let the angel enter his body. Novak’s wife and daughter cannot understand this sacrifice: they suffer because of the man’s decision.

In the eleventh season, Lucifer, who found a way to escape from his prison in Hell, got into Novak’s body. It was exciting to watch the reserved and noble character turn into the uncontrollable creature that destroyed everything around.

In 2012, Misha Collins appeared in the drama series Ringer; Sarah Michelle Gellar and Kristoffer Polaha became his stage partners. This is a story about a young woman who hides from the mafia and pretends to be her rich and famous twin sister. However, it is the twin sister who is being hunted.

The charming actor’s personal life has always been interesting to the media and fans. Collins dated his school friend Victoria Vantoch for two years.

In fall 2001, the lovers married. Victoria took an interest in anthropology and got a Bachelor’s degree. Later on, she was involved in beauty, gender studies, and mass culture. 2007 was marked with her NASA scholarship.

On September 23, 2010, the couple’s son West Anaximander was born; two years later, on September 25, 2012, the daughter Maison Marie was born. According to Collins, he would be happy if his beloved one gave birth to three more children.

October 2016 was marked with the premiere of the fantastic TV series Timeless. The crime genius Garcia Flynn (Goran Višnjić) steals the time machine to change the American history and destroy the country. In May 2017, NBC closed the project because of the low ratings. Three days later, the NBC administration changed their mind and announced the second season; it was broadcast in spring 2018.

Although the actor is busy with new projects, he does not forget about his fans: Collins regularly posts personal photos and vacation videos on his Instagram and Twitter pages. 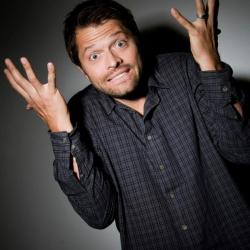