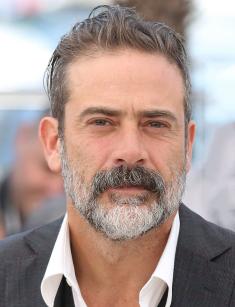 Today, Jeffrey Dean Morgan is a global star. He is endowed not only with a bright appearance, but also a genuine acting talent. He came to the world of cinema through his passion for basketball, art, and literature. Morgan showed his skills in the theater as well as in television. He earned his fame through many years of hard work, which was appreciated by millions of his actual fans.

The future actor was born in a big American city of Seattle on April 22, 1966. For the entire period of being a student, the boy changed three schools. He first attended Ben Franklin Elementary School, then entered Rose Hill Junior High, and spent his high school years at Lake Washington High School in Kirkland, Washington.

As a teenager, Jeffrey became interested in sports and, given the height of the guy, his choice was obvious. Basketball gave him the opportunity to express himself, and therefore Morgan quickly became the captain of the team. However, after a while, he had to leave his favorite hobby because of a severe knee injury.

After school, Jeffrey decided to try himself as a graphic artist. Besides, he had excellent writing skills, which also brought him a part of his income. Then the guy wanted to develop his personal business and founded a company in Seattle, engaged in the creation of various works of art. Fortunately for his fans, this work did not develop into Morgan's goal of a lifetime.

Soon after the shutdown of his company, as well as on the advice of a friend, the future actor moved to Los Angeles. However, at first the guy just helped his friend move, but when all things were delivered, the friend suggested that Morgan should stay for a while in the new city. As a result, this decision tuned out to be a turning point for Jefferey and led to the filming industry.

One day in Los Angeles Morgan accidentally met one of the local filmmakers. The latter immediately noticed the similarities between the guy and an actor, already known by that time, Javier Bardem. They looked as if they were brothers, and it was easy to mix up the two guys in a photo. That is why the director offered 25-year-old Jeffrey to try himself as an actor.

The first movie, which starred Morgan, was the thriller film Uncaged (1991). That said, the aspiring actor immediately got the main part. Then, just in 1995, Jeffrey starred in three films: Extreme, Undercover Heat, and Dillinger and Capone. In these films, Jeffrey Dean was given only cameo roles that could not bring him fame or big money.

Performing even small supporting roles, the young actor sometimes managed to impress all viewers with his acting. For example, this was the case in the television series The Burning Zone (1996-1997). Morgan appeared only in two episodes of the project but played so vividly that he managed to attract the attention of many film critics and ordinary viewers. After this series, the work as an actor became the primary source of income for the aspiring performer.

Jeffrey Dean Morgan's agent easily found him suitable roles, so the young actor began to appear on TV screens more often. So, he was noted for cameo roles in many popular TV series: JAG (1995-2002), Walker, Texas Ranger (2000), ER (2001), The Practice (2002) and other. Morgan played together with such famous actors as Chuck Norris, Virenia Gwendolyn "Nia" Peeples, Sheree J. Wilson and others.

Gradually Geoffrey started to get offers from high-budget projects. For example, he could be seen in the television series Enterprise (2001-2005), Angel (2002), The O. C. (2003-2007), CSI: Crime Scene Investigation and other. In these series, Morgan appeared only in a few episodes, but they provided his gradual advancement on the corporate ladder.

However, the monotony sometimes caused the actor's burning desire to make changes in his life. That is why he decided to participate in the production of a number of theatrical performances, but then again returned to the filming industry. The year 2004 was remembered because of Jeffrey's appearance in the Christian action-drama film Six: The Mark Unleashed, in which the actor got one of the main parts. But luck turned away from the rising star, and the film failed at the box office.

Next year, Morgan played quite a spectacular although a supporting role of the patient Denny Duquette in the TV series Grey's Anatomy. This successful project brought the talented actor one step closer to his goal - achievement of fame and recognition.

A real breakthrough for Jeffrey Dean was the participation in the filming of the dark fantasy television series Supernatural (since 2005). He got the part of the father of the main characters, John Winchester, who was an essential part of the plot and one of the main characters. The talented actor immediately drew the attention of the press, and fans began to fill up his post-box with love letters.

It is noteworthy that Morgan and other members of the cast (for example, Jared Padalecki, Jensen Ackles, Misha Collins), given the extraordinary popularity of the series, started their official accounts on Instagram and Twitter. It was a real gift for their fans because the actors began to actively post their photos of them together, as well as share exciting details from the filming process.

We should also note those films in which the already famous actor played the leading roles: a hilarious comedy with Uma Thurman, The Accidental Husband (2008), a mystical thriller film with Hilary Swank, The Resident (2011), a direct-to-video action film, The Courier (2012) and others.

These films only added popularity to Jeffrey Dean Morgan, and also became the confirmation of his excellent acting skills and the ability to work in different genres. New roles increased the number of his fans, and also provided millions of fees.

Today, Jeffrey Dean Morgan is one of the most popular actors in Hollywood. Every year several films come out featuring him, in every one of them, he manages to demonstrate new skills and talents. For example, in 2014, the actor played in the western film The Salvation and the gripping thriller film Desierto.

In 2015, four television series and movies were added to the star's filmography: the thriller film Heist, the mystery thriller film Solace, the science fiction television drama series Extant, and the legal and political drama television series The Good Wife. Morgan's colleagues on the set were such legendary actors as Anthony Hopkins, Halle Berry, Robert De Niro, Colin Farrell, and others. A truly worthy cast is another proof of Jeffrey Dean's "high league."

In 2016, Jeffrey Morgan's fans could enjoy the following projects with his participation: the superhero film Batman v Superman: Dawn Of Justice and the post-apocalyptic horror television series The Walking Dead. And the actor is not going to stop there. Today he is a world-class star and is ready to perform more than one legendary role.

Jeffrey Dean Morgan has a net worth is $8 million.

The first time Jeffrey Dean Morgan got married was in 1992 in Las Vegas. Anya Longwell became his first wife, but little is known about their family life, and the actor himself always tried to steer away from this topic.

Later, Morgan for some time went out with Sherrie Rose, who even gave birth to his son. However, the woman told the actor about the child only four years after his birth. Of course, Jeffrey was shocked by this news but decided to take part in the upbringing of his son.

His next girlfriend, Mary-Louise Parker, Morgan met in 2007, during the filming of the television series Weeds. However, the relationship was not long, and the couple broke up in April 2008.

But the next year, the actor gave the press a reason to keep a close eye on his personal life. He struck up a serious relationship with a colleague on the set – actress Hilarie Burton. A friend of Morgan, Jensen Ackles, played a significant role in their acquaintance. It was he who arranged a blind date for Jeffrey with a friend of his wife, who turned out to be Hilarie. In 2010, the famous couple had a son, Augustus Morgan. But the celebrities decided to make the relationship official only in 2014.

Jeffrey and Hilarie live on a farm near New York and even breed cows and alpacas. Morgan loves to be around the family and takes care of his wife and children. Besides, in their spare time, the couple is engaged with their shop "Samuel's Sweet Shop," which is located in Rhinebeck (a town in Dutchess County, New York).