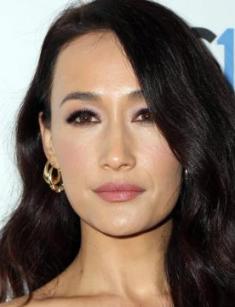 Talented Asian actors, such as Jackie Chan and Jet Li, are significant figures in Hollywood. Margaret Quigley is following their path; she is famous for her roles in the series Nikita, Stalker, the action Mission: Impossible III, and anti-utopian The Divergent Series.

Margaret Denise Quigley was born on May 22, 1979, in Honolulu, Hawaii. Her parents were far from cinematography. The girl’s father was Irish and worked in a governmental body; the mother migrated from Vietnam and assisted gold players for a job. The would-be actress was the third child in the family: she had two elder sisters and two half-brothers, born in the dad’s first family.

Maggie never expressed a wish to become an actress – she was going to be a vet. The love for animals manifested itself early: young Quigley kept a vegetarian diet. She went to Mililani Waena Elementary School and Wheeler Intermediate School, proving to be a diligent student and a prominent social activist. The school awarded her the Best Body title. Margaret was fond of swimming and track and field.

In 1996, managers of a modeling agency noticed the beautiful woman; she was offered to go to Tokyo to pursue a modeling career and accepted the invitation. Further on, she went to Taiwan, Hong Kong, and China.

When the young woman worked as a model in Hong Kong, she met the popular actor Jackie Chan who recognized her potential. He encouraged Maggie to go to Hollywood and personally taught her the basics of martial arts. In 1998, Margaret Quigley debuted in the series House of the Dragon. Since that time, the audience has seen her in many projects popular on IMDb: Nikita, Young Justice, Stalker, and Designated Survivor, where she played the main role.

Brett Ratner’s action Rush Hour 2 brought the artist popularity; once again, it was Jackie Chan who helped her receive a part. Further on, Maggie collaborated with Tom Cruise (Mission: Impossible III) and Bruce Willis (Live Free or Die Hard). The voice role of the federal agent Chase Linh in the computer game Need for Speed: Undercover made the woman the official sex symbol.

Apart from acting, Margaret has tried herself in producing: the documentary Earthlings (2005) and the partially biographical documentary Love Asia (2006).

The pseudonym “Maggie Q” appeared thanks to journalists who believed the actress’s name was too complicated. All in all, the woman has appeared in more than 80 projects, some of which brought lead parts.

Margaret’s personal life has been bright, but she avoids talking about it with journalists. The media used to speculate about her romance with the Chinese-American actor and mixed martial artist Daniel Wu: the couple was often seen together in 2004. Maggie did not make any comments.

The next year, Quigley was noticed with the Korean-American actor and model Daniel Henney; they presumably spent two years together. In 2007, Justin Long was her boyfriend; the American producer and director Brett Ratner replaced him in 2008. The lovers split up two years later.

The list of the actress’s romance continued to expand; in 2011, fans learned the news about her affair with the American composer and actor Shane West. She also dated the actor and singer Edison Chen, the Japanese soccer player Hidetoshi Nakata, and the stunt David Leitch.

After the crime thriller series Stalker, the media started talking about the artists’ romance with Dylan McDermott. The colleagues announced their engagement in 2015; the fiance proposed to Margaret in Hawaii and gave her an expensive ring. However, there has been no wedding; Quigley lives in Los Angeles with seven dogs today, without a husband.

Apart from dating, the actress has other hobbies. She loves tattoos and has three of them; for example, there is a phoenix down her spine. Maggie actively protects animals’ rights; she is a member of PETA and had two naked photo shoots for social campaigns. She was covering her crotch with cabbage leaves and encouraged people to stop eating meat. New, hotter photos followed; they made the actress even more popular.

Besides, the artist does not hesitate to wear provocative clothes that reveal much of her body. In 2008, PETA named her Person of the Year.

When Margaret was working on Daniel Lee’s Three Kingdoms: Resurrection of the Dragon, she took the initiative and asked to remove all fur clothes, for it was against her lifestyle and convictions. Besides, the actress frequently posts photos and comments to protect the environment. She loves to cook and skillfully uses vegan products.

On November 10, 2017, Jonathan Hopkins’s horror Slumber was premiered; Maggie Q personified the main character, Alice. The artist did not rest and worked on the next project, the comedy The Con Is On by James Oakley. Soon, fans will have the chance to see their favorite in Fantasy Island, The Death of Me, and The Argument.

Nowadays, the artist participates in the Activated You Morning Complete project that helps people to learn more about their health, body, mind, and spirit.