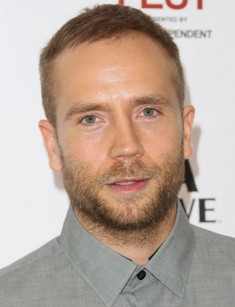 The action comedy film Scott Pilgrim vs. the World, released in 2010, introduced a talented American actor, Mark Webber, to viewers. Now movie fans know him as "a man on the other side of the camera," a director, a cameraman, a producer. But the celebrity had to work hard to achieve success. He was lucky to climb out of poverty into the brilliant Hollywood world.

Mark Webber was born on July 19, 1980, in Minneapolis, Minnesota. The actor did not know his biological father, because he disappeared before the birth of his son. Mark's mother, Cheri Lynn Honkala, had to cope with the birth difficulties on her own. She had no money or home, but the woman decided not to abandon the child.

During the first years, Mark and his mother were in Minneapolis, then moved to North Philadelphia, but they did not have a permanent house there. The family spent time homeless, living in abandoned buildings, warehouses, or sometimes in cars. This way of life has undoubtedly influenced adult Webber because he together with his mother are well-known homeless advocates in Philadelphia, help people find shelter, provide food.

Despite the poverty, Mark managed to enter the High School for Creative and Performing Arts in Philadelphia and graduate with honors. In 1998 he already got the first role.

In 1998, Jeffrey Bydalek released the film version The Evil Within of the Japanese video game, where Mark played one of the title roles, Joseph Ode, the partner of Detective Sebastian Castellanos. The thriller, as well as the subsequent films with Webber, were box office flops and did not attract the critics’ attention.

But 2000 was a good year for Mark. He participated in the filming of Steve Buscemi’s scandalous film Animal Factory about the life of Ron Decker, a drug dealer, in prison. Webber worked with Willem Dafoe, Edward Furlong, Danny Trejo, Mickey Rourke and learned from them. The actor admitted in an interview that this project was one of the most useful in his biography.

The same year Mark got the long-awaited opportunity to play a leading role in the film Snow Day. The plot of the comedy is simple. The school has been canceled because of abundant snowfall, and joyful children begin to commit outrages.

At the end of the year, the film Boiler Room was released. It tells about a young man who opened an underground gambling club in his apartment. The enterprising guy attracts the attention of the influential man in a brokerage office. The latter offers him a job, promising a lot of money. The plot makes viewers believe in the eternal truth that you have to pay for everything. The crime drama Boiler Room inspired the plot of the film The Wolf of Wall Street.

In 2002, Mark met the unrivaled movie master, Woody Allen. The director invited the young actor to play in the film Hollywood Ending, a story about Val Waxman, two Oscar Winner, who is offered to shoot the best film in his life. However, the old director falls sick and becomes blind. With the help of his friends, he continues to work on the film, making the crew believe that he has acute vision, as well as impeccable flair.

The experience with Woody Allen gave the opportunity for Mark to get the leading roles. He played complex, profound characters in Bomb the System, Winter Solstice, Just Like the Son, The Hottest State, and Good Dick. For example, in Winter Solstice the actor played a role of a deaf boy who lived in a family without a mother, and in The Hottest State, he portrayed a novice artist who could not determine his future.

In 2005 Mark worked in Lars von Trier’s project Dear Wendy. Webber learned from the director who created the films Dogville, Melancholia and Nymphomaniac to deal with actors and highlight the key points in the movie. Thus, he was so inspired by the work of a director that decided to shoot his film.

Mark Webber made his debut as a director in the drama Explicit Ills. The film was not very warmly received, but the novice director could tell about the hardships of life in Philadelphia, and the set for the film was his native slums and warehouses.

Four years later Webber released his second project The End of Love. The film shows some facts of his biography. The mother of two-year-old Isaac dies, and the unemployed actor, Mark, has to raise his son alone. The film was nominated for the Sundance Film Festival Award for Grand Jury Prize Dramatic, but the fantasy film Beasts of the Southern Wild won the prize.

His director's works have made Webber a notable actor. So, he played title roles in several films 13 Sins, Laggies, Happy Christmas, Green Room. In the movie The Ever After the celebrity filmed with his wife, Teresa Palmer.

Webber was formerly in a relationship with actress Frankie Shaw, who in 2008 gave birth to a child, Isaac Love Shaw. The breakup inspired Mark to create his film The End of Love. By the way, his son performed the role of two-year-old Isaac. Frankie and Mark share joint custody of the boy.

In September 2012, Webber announced a relationship with Australian actress Teresa Palmer. Their love story started when the woman contacted her colleague via Twitter and asked him out.

The couple became engaged in August of 2013, and on December 21 of the same year, Palmer married Mark. They celebrated the wedding in Mexico. The lovers have two children. Bodhi Rain Palmer was born on February 17, 2014, and Forest Sage Palmer on December 12, 2016. Mark regularly posts black-and-white photos of the happy family on Instagram. The Webbers live in Los Angeles.

Now the American is working mainly as a director and preparing to release the film The Place of No Words. He is also a producer, screenwriter, and actor of this project. He plays in a duet with his wife, Teresa Palmer.

Mark has often told in interviews about other projects. For example, he is planning to shoot a medieval period drama film, but there is still no accurate information about this movie. 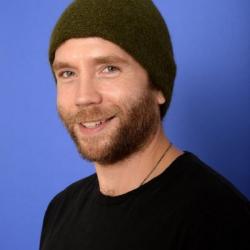