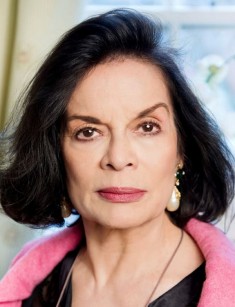 Bianca Jagger is a woman of many identities: the scandalous 1970s star, Mick Jagger’s first wife, the muse of famous artists and fashion designers, the dedicated fighter for human rights, and the goodwill ambassador. She has received many awards for her charity. Besides, she has gone down in history for her provocative wedding dress.

Bianca Pérez-Mora Macías was born in Nicaragua in 1945. She had two siblings. The father worked as a merchant, and the family was wealthy in the city. When the girl turned ten, her parents divorced. The children stayed with the mother and received some small financial aid from the father.

The future star stood out for her bright and unbridled character. It was almost impossible to make Bianca change her mind or influence her. The young woman was going to become an actress but decided to study politics instead as she took an interest in the struggle for human rights and Indira Gandhi’s ideas.

In the 1970-1980s, Bianca Jagger’s childhood dream came true: she appeared in movies. There were almost twenty movies and series where she played socialites similar to her. In 1975, she was offered one of the lead parts in David Puttnam’s movie Treat or Treat.

Nigel Davenport should have become Bianca’s partner; the script included several sensitive content scenes. Initially, the actress gave her consent, but six weeks after the shooting began, she altered her mind and refused to be shot naked. Finding a replacement did not work out. As a result, the movie production was postponed for a long time.

High society adored Bianca. Andy Warhol and Yves Saint-Laurent called her their muse and composed new looks for her. Mick Jagger’s wife could throw luxurious parties and invite suitable guests. She became the star of the club Studio 54 where the creme de la crème used to gather. Actors, businesspersons, musicians, and artists spent insane amounts of money there; drugs and much alcohol were present at those parties, and guests were picking up strangers and indulging themselves in overwhelming joy.

Eventually, two club owners were imprisoned for concealment of profits and tax evasion. In 2018, the documentary Studio 54 about the scandalous place came out.

In 1979, there was a severe earthquake in Nicaragua. This terrible event made the socialite revise her values and worldview. Bianca tried to find her family and came back to her motherland which suffered from internal conflicts as well as the natural disaster and was captured by a Salvadorian squadron of death.

The woman was set free in half a day. Unarmed, she had to to the border between Nicaragua and Honduras to negotiate. From that moment, Bianca turned over a new leaf in her life.

Young Bianca was a passionate lover of social events and never missed an exhibition or a party. One day, she visited a concert of The Rolling Stones which was incredibly popular in the 1970s. At first, the group soloist Mick Jagger did not pay attention to the beauty: he was surrounded by fans all the time. However, a short talk to Bianca imprinted on his heart.

In less than a year after the young people met, they married. It was Mick who had to conquer the woman’s heart and persuade her to marry him. The musician’s fans were surprised to learn he wanted to settle down and marry at 28.

The wedding ceremony took place in Saint-Tropez in 1979 and excited the whole world. All fashion magazines published the photos of the gorgeous newlyweds: the bride was wearing a long skirt, a jacket on a naked body, and a frivolous hat with a veil while the groom was wearing a suit with flared trousers and tight shoulders.

Mick and Bianca were nervous: so many journalists came to their wedding that they detained the couple. The local authorities did not like the crowds and tried to cancel everything. The young woman was crying with desperation, and the would-be husband was furious. The things were settled at the last moment.

From that time, Bianca became a veritable style icon and maintained that image later. Her looks sometimes irritated the conservative public, but fashion lovers all over the globe tried to copy her anyway. The beauty loved men’s suits, unusual combinations of fabric, bright jewelry, and weird headwear from huge hats to turbans.

Bianca and Mick lived together for eight years. The couple had not been spared drugs, excessive alcohol intake, and sexual freedom which were the integral parts of the then-bohemian life. Even the birth of the daughter Jade did not prevent the Jaggers from that behavior.

Bianca does not believe her personal life was happy. In her interviews, she mentioned the good relationship with Mick ended the day their wedding took place. The musician had many love affairs with women; he was allegedly close to David Bowie as well. Nevertheless, the spouses spent seven more years together. When her husband started visiting public events with his lover Jerry Hall, Bianca surpassed the limits of patience and applied for divorce.

In 2009, Bianca joined the meeting at Trafalgar Square against the actions of the Israeli army in the Gaza.

The woman’s Instagram contains photos from conferences and political memes. Sometimes, she posts old magazine pictures of herself.

Today, Bianca and Mick are on friendly terms. The ex-wife goes to his concerts and always talks about him with respect in her interviews. She is the only of the musician’s numerous women who took the second name “Jagger” and kept it after the divorce.

Bianca’s modeling activity is over: she has changed shocking looks for minimalism. Unlike the majority of her star peers, Bianca Jagger does not try to conceal her age with plastic surgery: she is the picture of graceful aging and remains a beauty and an example to follow. 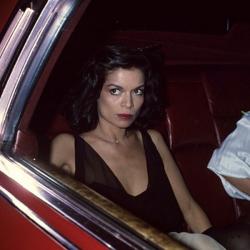