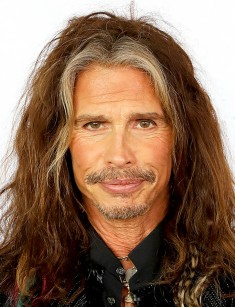 Steven Tyler is an American rock legend. The musician's life is closely connected with the history of Aerosmith, a leader by the number of albums that were certified platinum. The band combined different directions and influenced the creative work of many American and European singers.

The famous singer and instrumentalist, Steven Tyler, was born in 1948 in New York City` in the family of a pianist. At birth, he was named Tallarico. In the 1970s, the leader of the newly created band took an impressive and memorable stage name.

By the age of nine, Tyler had lived in the Bronx. Then the family moved to Yonkers. The father of the future rock star got a teaching job in the local music school. His mother worked as a secretary. Tyler's father had German and Italian ancestry. The mother was of Polish descent.

The musician has repeatedly said that he also had Ukrainian ancestry. The maternal grandfather came to the USA from Eastern Europe. However, he was most likely from Belarus. The grandfather’s surname is Czarnyszewicz. After emigration, he changed it to Blancha. Tyler’s ancestors were also African-American.

Steven attended Roosevelt High School. Over the years, when he was at the peak of glory, the information about the son of an ordinary music teacher would frequently appear in newspapers. The tabloids will write about his personal life, musical achievements, and drug addiction.

Steven addicted to drugs in his teen years. He was expelled from the college. But it did not make Steven give up the substances that expand consciousness. Alcohol and drugs were the part of the successful rocker’s life.

Tyler was fond of music from an early age. After all, he is the son of a pianist. However, unlike his father, he was not interested in fugues and sonatas. The young man liked hard rock. In 1965, 17-year-old Steven went with friends in Greenwich Village and attended a Rolling Stones concert. Tallarico was struck with Keith Richards’s performance. His friends also said that Steven looked just like Mick Jagger.

The future rock stars got acquainted in the late 1960s. Tom Hamilton, Joe Perry and Steven Tyler met in Sunapee. The young people are not related to Boston. But later, when the group recorded their first album, the members would be connected with the capital of Massachusetts. The reason is simple. The young performers began their career in Boston.

It did not take much time for the Rock musicians to become famous. They soon went on a tour around the country and released successful albums. In their free time, they led the traditional life of rockers. So, they used drugs and alcohol, which had a bad influence on their work.

Whitford and Perry left the group. However, the letter returned in 1984. In the late 1970s, Aerosmith was on the verge of collapse. The band's manager, Tim Collins, could keep musicians together. In the 1980s Aerosmith began a new period in its history. The musicians achieved better results than they had at the beginning of their career.

Virtuosic guitarist and drummer, expressive lyrics and powerful, slightly raspy voice of the singer are the recipes for Aerosmith success. Moreover, in the 1980s Tyler developed a unique, somewhat eccentric style of behavior on the stage. He was unpredictable, incredibly flexible. The group became famous for a few lyrical ballads. Thanks to the unusual, rude, a little bit boisterous performance of the Aerosmith leader who had the broadest vocal range, the songs acquired unique sounding.

Tyler's appearance in the 1980s and nowadays is far from the image of a handsome man. His height is 175 cm. The awkward and thin man attracted millions of fans in America and Europe. Steven Tyler is charismatic and lets it all hang out on the stage. If we also take into account his charming voice, then his popularity can be easily explained.

However, Tyler is not only a talented singer. He is a musician who plays several instruments professionally. Alcohol or drugs could not kill the famous singer’s talent. The Aerosmith leader’s creative work was a springboard for the musicians who became famous in the 1990s and 2000s.

Critics considered the first album, released in 1973, to be ill-conceived and weak. The musicians were accused of imitating The Rolling Stone. Nevertheless, the debut album cannot be called unsuccessful. It includes songs that have become classics of the genre. The significant event for the group was the release of Toys in the Attic. Aerosmith equated the brightest rock performers after the release of the third album. The musicians recorded songs that became hits in the middle of the 1970s, and people have not forgotten them till the present day.

When Perry returned to the group, they went on tours again and participated in the grand festival. The rock band recorded Done with Mirrors. Then Collins made an offer to musicians. The manager promised to turn them into the most famous rockers of the 1990s, assuming the musicians would give up drugs. In 1989, Aerosmith won the Grammy Award.

Collins kept his promise. In the early 1990s, Aerosmith gained worldwide fame. Get a Grip includes songs that are still popular. “Crazy,” “Amazing,” “Cryin'” are the ballads, that became favorite songs of millions of fans, but caused criticism of experts. It was a commercially successful project. The songs reached the peak of popularity after the release of music videos featuring young Alicia Silverstone. Liv Tyler played in one of them.

In the late 1990s, the memoir “Walk This Way” was published. The band members participated in the creation of the book. It contains stories that are interesting to Aerosmith fans such as the first success, concerts, creative crisis. The book includes photos. One of them shows Mick Jagger and an unknown 17-year-old boy behind him. The picture was taken in 1965. The young man behind the rock star is Steven Tallarico.

In the mid-70s, the musician began a love affair with a young Aerosmith fan. This relationship has a little romance and tenderness, but a lot of drugs. When the girl announced her pregnancy, Tyler insisted on an abortion. It was the end of their relationship.

Tyler had a love affair with Bebe Buell who gave birth to daughter Liv. The girl learned about her father at the age of nine. Bebe tried to hide the truth to protect the child from communicating with the odious father. Liv became an actress. In the late 1990s, she played in Armageddon, and her father wrote the soundtrack to this film.

In 1978, the musician married Cyrinda Foxe, who gave birth to a daughter, Mia. It was a long marriage for Taylor, who is known for his inconsistency. It lasted for ten years. Mia also became an actress and model, but she is not as famous as her older sister.

The second wife of the singer was Teresa Barrick. They had a daughter, Chelsea, who took the real name of the father, and son Taj. Steven broke up with Teresa in 2005. Soon information appeared in the press that the rock musician had a love affair with Erin Brady. This relationship lasted five years.

In 2016, the Aerosmith lead singer announced the end of his creative career. The farewell tour was held in 2017. The band still officially exists. In 2009, the rock musician received treatment for drug addiction.

On his Instagram page, the living legend regularly posts photos of children and grandchildren, which creates the impression of an exemplary family man.

It is unknown whether Tyler is ready for the next marriage or not. In 2016, the photo of the musician with Ann Preston, who is forty years younger than him, appeared in the media. But the Aerosmith soloist did not tell about any important changes in his personal life. 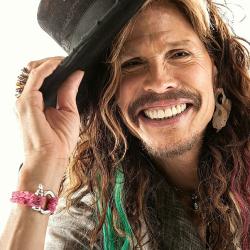