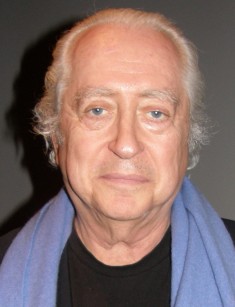 The scriptwriter, director, and actor Robert Downey Sr. is more known to the modern generation of movie fans as the father of Iron Man of Robert Downey Jr. He has also made a considerable contribution to the American cinematography. Robert began his path with low budget short-length movies and independent cinematography until he has reached success in Hollywood.

He has tried himself in different spheres of the movie industry, being a producer, cameraman and film editor.

Robert John Elias Sr. in New York was born in the summer of 1935. His father, Lithuanian Jew Robert Elias, was working in the management of motels and restaurants. His mother, model Elizabeth McLauchlen, had roots of Irish and Hungarian Jews.

When John was a child, his parents divorced. His mother got married to James Downey. Since childhood, Robert was dreaming of becoming a military. When he was a minor, he decided to register in the U.S. Army, and that's why he took his stepfather’s surname.

In young years Downey played baseball, and I was rather successful in this sport that’s why he became "the Golden Glove" of the team. In youth, Robert wrote plays which were later staged on Broadway.

When Robert Downey Sr. became engaged in cinematography, he started to create low-budget independent movies which sometimes were based on the philosophy of absurdity and directed against the mass culture of the sixties. His works of the end of sixties-seventies dispelled myths about the rulers and the political elite of the country. In these pictures, there was reflected the inconsistency demonstrated to the audience of mass culture and new freedom in the production of the movies as well.

In 1960 the 25-year-old director started to cooperate with the film editor Fred von Bernewitz. Together they shot the low-budget movies on the 16-millimeter film. Such format wasn’t of good quality, but it gave the opportunity to take this movie for viewing it at home. The 24-minute film Balls Bluff became the first work of the companions. In this movie, they told the story of the American soldier during the Civil War times.

During the battle, the soldier by chance finds himself in another time 100 years ahead. For some unknown reasons, he found himself in Central Park in New York in 1961. The man explores the streets of Manhattan and goes to Yankee Stadium to find other soldiers of the Civil War. Robert appeared in three different roles in this movie: as a scriptwriter, director, and actor who performed the leading role.

Robert Downey Sr. shot his next picture in 1964. The comedy Babo 7 is a kind of the satire on the Catholics, the White House, the president, and the American policy. In this picture Taylor Meade appeared in the role of president Sandy Studsbury, Jim Antonio played the role of Chester Kitty-Litter, Tom Gaines appeared in the role of Phillipe Green, and James Greene embodied the character of Lawrence Silver-Skay. A certain part of viewers liked the movie, and at present, they write a positive review on it on the web.

In two years Downey again appeared as a scriptwriter and director. The full-length movie under the title Chafed Elbows with the budget of $12 thousand became his next project. This was the maniacal comic parody which became commercially successful almost at once. The movie was shown in The Gate Theatre in New York during a month or so. In this movie, almost all the aspects of the society are mocked at: from racism to pop music. It is noteworthy that Elsie Downey - Robert's spouse performed all female roles. The major male role was played by George Morgan.

After that Downey shot the movie No More Excuses (1968), and later, in 1969 he released the satirical comedy under the title Putney Swope. The plot is focused on the black American who is working in the advertising agency and suddenly become the head of it. With his first orders, the new director fires all white workers and replaces them with black. The company gains momentum and becomes well-known and more and more profitable. Arnold Jones performed the leading role in this movie.

After the release, this movie was included to Top 10 movies according to the version of New York Magazine. And in 2016 it was chosen for preservation in The National Film Registry in Library of Congress as "culturally, historically and aesthetically significant."

In 1970 Downey Sr. shot the well-known movie Pound. This movie is about animals who were performed by people. It’s noteworthy that in this picture the director’s son Robert Downey Sr. appeared on the screen for the first time in the role of the puppy. The director’s daughter Allyson also took part in this movie. According to the plot a puppy, a Siamese cat, and a penguin are waiting to be put down in pen. The author managed to create the touching movie, in which the animals talk about life, dreams, and aspiration to freedom.

In 1973 the director released the movies about the blind veteran of Vietnamese War under the title Sticks and Bones. The film turned out to be so controversial that some cinemas refused to take it in the hire.

Creating his picture, Robert also took part in the movies of other directors. Among his works, there are the roles in the following pictures Naughty Nurse (1969), To Live and Die in L.A. (1985), The Family Man (2000), the series Urban Myths (1993) and others.

Robert Downey Sr. has in his filmography a role in the crime comedy under the title Tower Heist released in 2011. The actor appeared on the screen as the character of Judge Ramos. Ben Stiller, Matthew Broderick, Alan Alda received the leading roles in this tape.

Robert Downey Sr. was married three times. He got acquainted with his first wife Elsie in 1962. The same year he made her a proposal during the game of Yankees vs. Orioles. In this marriage he had two children: in 1963 his daughter Allyson was born, and in 1965 his son Robert was born.

Being a comedy actress, Elsie not only supported her talented spouse but also took part in some of Robert's movies.

The failures which followed after the movie Pound had been released led Robert to the use of drugs. The personal life of his family was getting worse and worse. His marriage came to an end, and in 1978 his wife left him and took their children with her.

Robert's second spouse – the scriptwriter and actress Laura Ernst helped him cope with drug addiction. They got married on the 15th of March, 1991. The woman wrote a couple of scripts according to which Robert shot the films later.

Their marriage lasted for three years. His wife got sick, and the doctors diagnosed her with "amyotrophic lateral sclerosis." In 1994 Laura died. Robert worried a lot, but he didn't return to the use of drugs.

In 1998 the director married for the third time to Rosemary Rogers.

In 2018 Robert Downey Sr. had his 83'rd birthday. At present, he has settled in New York with his wife, Rosemary. He tries to support children who have also followed in the footsteps of their father. Allyson has become a writer; sometimes she writes scripts for the movies. Downey Jr. is the owner of two Academic Awards, three Golden Globe Awards and some other prizes.

Unlike his famous son, the father doesn't have personal pages in such social networks, as Twitter, Facebook or Instagram. But his photos sometimes appear on the web on the websites dedicated to cinematography. 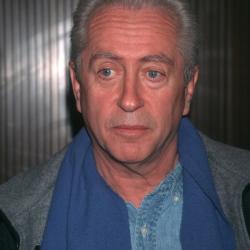