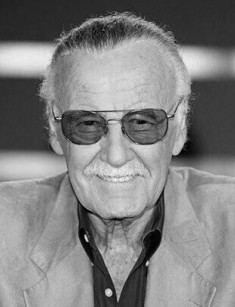 Millions of Marvel fans know who Stan Lee was. The heroes and fantastic universes created by him lived through dozens of years; they were times they were at the peak of their popularity or almost forgotten. Today, Stan Lee’s characters are legendary, and children and adults all over the glove are looking forward to new movies with them.

Stanley Martin Lieber was born in 1922 into a Jewish family. His parents, Celia and Jack Lieber, migrated to the United States from Romania. The father got hired as a dress cutter, but the challenging economical period brought no opportunity to earn a family’s living in the country.

Because of the financial ordeals, the Liebers had to change their apartment for a moderate dwelling. In 1931, Stan’s brother was born; the money pressure increased. The family had to settle in a modest one-room apartment in the Bronx.

To support his parents, Stan took any job he could find: sandwich delivery, newspaper subscription sales, writing short notes and releases for a tuberculosis center. The boy’s uncle, Robbie Solomon, helped him get a simple job at Martin Goodman's publishing company.

Initially, the would-be scriptwriter was responsible for minor issues: keeping inkpots full or sharpening pencils. He was also involved in close-reading of articles and carried lunch for the company employees. With his great ambitions, the young man was not afraid of difficulties. Soon, his career began to develop.

In 1941, Stan Lee’s first comics was published: the world met Captain America for the first time. At that period, the scriptwriter took the pseudonym which he kept for many years. The man collaborated with Jack Kirby, a comic book artist; he could hardly imagine the success they were going to achieve during the golden era of comics.

The talented young man was too good for Goodman's company; the more his artistic abilities were revealing themselves, the more challenging the interaction with the administration was. Lee left his first job and got hired at Timely Comics.

At the age of 19, Stan Lee became an interim editor. He showed his success in creative work and business; the new superiors appreciated these achievements. Stan was promoted to the permanent editor; soon, he was offered the position of the art director. Several years ago, the boy could not event dream of these accomplishments.

In 1942, Lee joined the American Army. He was called for service and repaired telephone communication; later on, he was sent to the Training Film Division. When Stan had some free time, he drew caricature pictures, worked on scripts and techniques, and made up motivating slogans. According to the documents, the man was a playwright.

Three years in the army provided the young man with experience. As he came back to his civil life and work, he became a scriptwriter. Fantasy, horror, and satire were his favorite genres. He also liked western, adventure, and melodrama.

First works were not appreciated. In 1961, Timely Comics was renamed into Marvel Comics; the company and its scriptwriter turned over a new leaf. Lee was given a task: to create a new superhero comic book the audience had never seen; it should be a mind-boggling work. Thus, the Fantastic Four comics originated. Lee’s characters were similar to ordinary people with their common problems and issues. The audience took that gladly. Stan Lee's pieces of art were notable for well-thought feelings, speech, and personalities.

The comics became a success; it was the first significant result. The real fame came with Spider-Man. The story about a superhero who could be any ordinary person conquered the young audience: the mutant teenager was their icon. For the first time, Spider-Man appeared in 1963 in Amazing Fantasy. Lee became a popular writer. Soon, he created X-men, Doctor Strange, and Hulk; these characters helped his name go down in history.

In the 1980s, Marvel Comics bought an animation studio; Stan Lee was appointed its creative director. Comics turned into animated series. Lee launched the multimedia campaign and earned the love of the Internet thanks to StanLee.net.

New movie projects followed. Stan Lee’s career was developing so rapidly that he managed to become the president and the chairman of board of directors in Marvel.

From the moment his comics began to be adopted screen, Stan Lee produced all series and movies about Marvel characters. He also appeared in some movie episodes: Guardians of the Galaxy, Ant-Man, Iron Man, Deadpool, Doctor Strange, and others. Stan also participated in projects non-related to comics, for instance, in the movie Mallrats.

As the writer turned 90, he appeared to play cameo roles in Marvel movies: for example, he took the role of Everett K. Ross in 2018 Black Panther.

Lee had episodic roles and did not aim at becoming a professional actor; however, comics fans were looking forward to seeing the writer on the screen. Stan Lee’s filmography consists of more than 75 movies. In 1989, the actor debuted in the movie The Trial of the Incredible Hulk.

The TV project Big Bang Theory addressed Stan Lee and his works: the man appeared in the 16th episode of the third season.

There are more than 1.5 million followers on Stan Lee’s official Instagram page. People often notice that young Stan Lee bore some resemblance to the actor Tom Holland who played Spider-Man.

Stan Lee was actively engaged in public events; he often gave interviews, and journalists frequently discussed his work and personality after each Marvel movie release.

Stan Lee was a constant lover. In 1947, he married the woman of his life, Joan Boocock. The family was incredibly happy. In 1950, the daughter Celia was born. In 1953, the boy Jan was born, but he lived only three days.

Stan and Joan loved New York and did not want to consider any other city as the place for the permanent residence. They often moved from one area to another. In the 1980s, they purchased a mansion in West Hollywood and settled there.

The scriptwriter and producer was a passionate lover of literature: he liked reading from his childhood and preferred classical books by Shakespeare, Dickens, Twain, and Wells. As for the fantastic literature, Lee singled out Ellison and King. Age influenced Stan Lee’s ability to read, and he lacked the strength to do that much.

In 2010, the man’s physical condition deteriorated. Doctors were worried about his state and recommended hospitalization. In 2012, the progenitor of Marvel comics got a pacemaker.

On November 12, 2018, it was announced Stan Lee passed away; he was 95 years old. According to the media, Lee had some health issues related to his senior age, particularly, pneumonia. He died at Cedars-Sinai Medical Center where an ambulance had taken him. 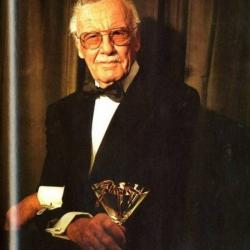