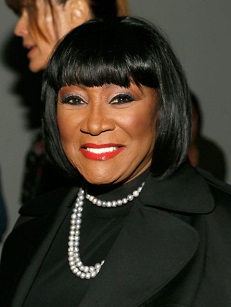 Patricia Louise Holte is an American singer and actress who has been active in her field of occupation since the 1960s. Her singing career started with the band called Labelle, and in 1977, she began working solo. Among recent news, in 2019, LaBelle started working on the comedy show named A Black Lady Sketch Show.

Patricia Holte was born in Pennsylvania in 1944. Patti was not the only child in her family; she also had siblings: Thomas Hogan Jr., Vivian Hogan, Barbara, and Jacqueline. Father worked on the railroad, and the mother was a housekeeper. Young Patricia enjoyed her childhood, but later in her memoirs Don't Block the Blessings, she wrote that her parents' union actually was abusive. Right after their divorce, Patti was sexually abused by the family's friend. At that moment, she was twelve.

At ten, Holte started singing in a local church choir, and two years later, she performed solo for the first time. She was always inspired by jazz and R&B. At the age of 16, Patricia became a winner of a talent competition at her high school titled John Bartram High School. Then, in 1960, Patti formed her own singing band, The Ordettes, together with her three classmates.

In 1962, the compound of The Ordettes changed, and besides Patti, it included Cindy Birdsong, Sarah Dash, and Nona Hendryx. That year, the group went to the audition for Harold Robinson, who owned the local record label. He agreed to work with the girls. In 1963, after changing the name to the Patti Bell and the Blue Bells, the band recorded their first hit Down the Aisle and then the songs You'll Never Walk Alone and Danny Boy.

In 1965, Blue Bells moved to New York, where they signed a contract with the Atlantic Records. Two years later, after the release of twelve songs, Cindy Birdsong left the band and joined The Supremes. In 1970, the producer of the English music show Ready, Steady, Go, Vicki Wickham, started working with Blue Bells and advised them to change the name to Labelle. Next year, the group performed on some concerts of the rock band The Who.

In 1971, the Warner Music released Labelle’s first self-titled album, and it was different from all their previous works because of a new psychedelic soul sound. A year later, the group released its second album Moon Shadow. That time, Wickham was inspired by glam rockers such as Elton John and David Bowie, so he found a new style for the singers – silver clothes and luminescent makeup.

In 1974, Labelle signed with Epic Records and released their most successful album Nightbirds. Its song Lady Marmalade became a huge hit and took the first position on the Billboard Hot 100. Also that year, Labelle turned out to be the first rock and roll vocal group that performed at the Metropolitan Opera House. Next two years, the band released two albums, Phoenix and Chameleon. In 1976, there was a lot of arguing in the group, and finally, the girls separated.

So, since 1977, when LaBelle signed with Epic Records alone, her solo career started. That year, she released her first solo album titled Patti LaBelle. Through 1980, Patti released three more albums with Epic: Tasty, It's Alright with Me, and Released. After that, the singer signed a contract with Philadelphia International Records. In 1982, she had a duet with Grover Washington on The Best Is Yet to Come, and for that, she later received her first Grammy Award nomination. Also, that time, Patti appeared in the Broadway musical Your Arms Too Short to Box and released I'm In Love Again, which is claimed to be her breakthrough project.

In 1084, Patti released the songs New Attitude and Stir It Up, which were used for the film Beverly Hills Cop.

After signing with MCA Records, in 1986, the singer released the album Winner in You that became number one on various pop charts. That year, she had a successful part in the sitcom A Different World. In 1991, LaBelle recorded a version of Babyface’s Superwoman together with Gladys Knight and Dionne Warwick. Also, that time, she released her next album Burnin', which led her to her first won of the Grammy Award. In 1994 and 1997, LaBelle recorded two more albums, Gems, and Flame, respectively. Besides singing career, Patti started writing. In 1996, she published her memoirs titled Don't Block the Blessings, and a year later, she released her first cookbook, and that is how Patti built her own cooking empire. One of the most popular Patti’s dessert recipes was bread pudding with raisins.

In 2000, LaBelle released the album When a Woman Loves, which turned out to be the last one in her work with MCA. In 2004, after signing with Def Soul Classics, the singer recorded the next album, Timeless Journey. In 2008, Patti reunited for a moment with Nona Hendryx and Sarah Dash, and they released their new album, Back to Now, as a group after more than 30 years.

In 2011, LaBelle starred on Oprah's Farewell Spectacular, Part 1. Also that year, she received the Lifetime Achievement Award at the BET Awards. In 2014, Patti performed at the concert that was hosted by President Barack Obama at the White House. For 2019, LaBelle has a net worth of $50 million that she earned for almost 60 years of her music career.

At the beginning of the 1960s, Patti was engaged to her boyfriend Otis Williams, a member of the band The Temptations. However, in 1969, LaBelle married Armstead Edwards, with whom she was long-time friends. When the singer’s career started, Edwards became her manager. In 2003, the couple got an official divorce, although they separated in the late 2000s. They have a son together, Zuri Kye Edwards, who now works as his mother’s manager. Zuri has two children, so Patti is a grandmother.

Patti faced a lot of deaths in her family. In 1975, her elder sister Vivian Hogan Rogers at the age of 43, died due to lung cancer, and in 1982, her other sister, Barbara Holte Purifoy, passed away because of cancer too. In 1978, Bertha, a girls' mother, died of diabetes, which was taken after by her daughter, Patti. In 1989, LaBelle’s father and younger sister passed away. To the sister, Jacqueline Holte Padgett, the singer dedicated the album Burnin'. In 1996, Patti was diagnosed with diabetes herself.

In 2011, a cadet filed a lawsuit against the singer because her bodyguards attacked him. LaBelle was riding with her group to Louisiana when a West Point cadet named Richard King was standing and waiting for a car. Patti's entourage stated that he was the one to start the fight; however, on the cameras, there is no evidence of that. Eventually, Richard was suspended from the Military Academy, and after he sued LaBelle, her bodyguard was acquitted.