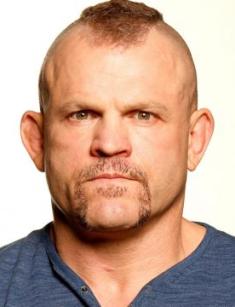 Chuck Liddell is a well-known American mixed martial artist and multiple UFC Light Heavyweight Champion. The man has worked up the reputation of an invincible rival thanks to his long career, a lot of victorious battles, and impressive fight techniques.

Chuck was born in the winter of 1969 in Santa Barbara, California. The boy grew up with his brothers and sisters and was raised by a single mother. His maternal grandfather paid much attention to his grandchildren and helped his daughter bring them up.

The grandfather also contributed to the boy’s participation in sports, because he was the one who started to train him from an early age, showing boxing techniques. At the age of 12, Liddell enrolled in the karate class and began to study under the first coach. At the same time, the young athlete also played football and trained in Kempo. The coaches saw his efforts and zeal, so at school, Chuck was already appointed captain of the wrestling and football teams.

As a teenager, Liddell often participated in fights with drunken peers and was the winner every time.

After graduating from high school, the young man chose California Polytechnic State University, where he was the captain of the student wrestling team for four years. After receiving a bachelor's degree in Business/Accounting in 1995, Liddell was not going to find a proper job. By that moment the man had already understood that he would connect his life with sports.

Since Chuck already improved fight techniques, he decided to study other types of martial arts and chose kickboxing. At first, the man’s coach was John Hackleman. At that time, he became the WKA and USMTA champion in the USA several times. The kickboxer won 20 out of 22 fights, defeating his opponent via knockout in 16 matches, which was his record.

Shortly before the start of UFC career, Liddell began to train in Brazilian jiu-jitsu under John Lewis. Three years after graduating from university, Chuck made his MMA debut and immediately defeated Noe Hernandez. However, the athlete lost to Jeremy Horn in the next fight, which took place in 1999.

The years 2000-2002 were no less fruitful for the athlete. In the fight with Jeff Monson, Chuck won by unanimous decision. He also managed to defeat the former champion Kevin Randleman, which further established his reputation as a top contender. Armenian fighter Amar Suloev also lost to Liddell.

In the summer of 2002, Chuck had a challenge match, defining a fighter for the UFC championship. His rival was Vitor Belfort. The battle was intense, and both athletes showed excellent performance. The referee used a signal to end the match, and Liddell won via unanimous decision.

In 2003, Chuck had the first fight for the interim light heavyweight championship; Randy Couture became his ring contender. However, the man lost this fight, his opponent won via technical knockout, and the referee was forced to stop the fight.

After this defeat, Liddell did not give up and went to Japan to enter Pride Middleweight Grand Prix tournament. At that time, the reigning champion was Wanderlei Silva. In the semifinals of the Grand Prix, Chuck's opponent was Quinton Jackson. However, the man failed to defeat the rival. But after this loss, Liddell won the matches with Vernon White and Tito Ortiz (who had previously refused to face Chuck).

For the first time, Chuck won the UFC championship in April 2005. He competed for the championship belt with Randy Couture and this time he defeated his opponent with a knockout one and a half minutes after the start of the fight. From 2005 to 2006, the man defended his title four times.

However, the match against Quinton Jackson became fatal for Liddell. Two minutes after the start of the first round, Jackson defeated the opponent via a technical knockout and became the new winner of the championship. The next fights against different rivals no longer brought Chuck titles and awards, and in 2010 the man announces his retirement from the sport.

Chuck Liddell is often compared to the legendary fighter, Russian athlete Fedor Emelianenko, although Liddell criticized this mixed martial artist in an interview, accusing him of choosing only "favorable" rivals.

The athlete began his acting career in 2001. It was the movie How High, in which the man got a bit part. The teen comedy, directed by Jesse Dylan, tells about two guys who entered the university and got students and teachers addicted to marijuana.

In 2003, the man starred in the drama thriller Cradle 2 the Grave, in the action movie The Death and Life of Bobby Z in 2006, and the movie Passion Play in 2010. The actor has been often invited to play bit parts on television. His filmography includes the TV series and movies: Entourage, Bones, Blade: The Series, Hawaii Five-0, Criminal Minds: Suspect Behavior, etc.

In 2015, Liddell starred in several films. In May, the war drama War Pigs premiered. In this movie, Chuck got the leading role of Sergeant McGreevy, whose special forces unit aimed to destroy the Nazis.

Chuck also played one of the leading roles in the action movie Riot, which was released in November 2015. The man portrayed the character Balam, a dangerous and dodgy gangster of Russian descent.

In March 2017, the crime thriller Altitude, featuring Chuck Liddell, premiered, as well as the TV series Imaginary Mary. Besides, Chuck played one of the leading roles in the film Silencer, which was released in March 2018.

After retiring from the sport, Liddell began to run a business and became the owner of several bars and restaurants.

As for his personal life, the athlete has had a happy relationship for a long time. In 2010, the man became engaged to Heidi Northcott, and a year later his wife gave birth to their daughter. Now the couple has two children; then the woman gave birth to a son, who was named Charles.

In 2008, the fighter wrote and published an autobiographical book. He is also the owner of a gift shop in San Luis Obispo, California.

Despite high-intensity workouts, the athlete devotes a lot of time to his family. On Instagram, the man often pots photos of his wife and children, the pictures of their traveling and rest. Fans of the fighter actively discuss his life, mode of dress, and an unusual hairstyle. On Twitter, he also keeps in touch with fans, often posting tweets.

Liddell also occasionally appears in films and television programs, including Punk'd, Dancing with the Stars, etc.

Chuck Liddell has a net worth of $14 million.