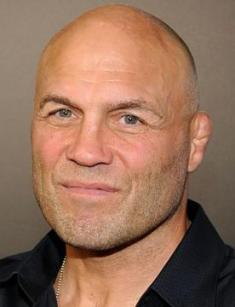 Randy Couture is an American athlete who participated in MMA tournaments and became the first person to win champion titles in two weight classes; he also won UFC five times. Further on, Randy proved to be a popular actor and appeared in various movies and series.

Randall Duane Couture was born in Everett, Washington, into the family of Sharan Amelia and Edward Lewis. Soon, the parents moved to Lynnwood where Randy attended Alderwood Middle School; the father also took his son to a boxing club.

The boy showed the first success as a middle-school student. He was sent to the state championship and gained a victory.

In 1982, the athlete joined the army and served there for six years. He resigned as Sergeant in the 101st Airborne. The young man did not stop practicing sports during that period and continued to collect new achievements.

The military man wanted to join the U.S. Army Freestyle Wrestling team, but the sportsman was assigned to the Greco-Roman tournament due to somebody’s mistake. Couture did not want to give in and participated in the event; he won. Randy got what he wanted: the membership in the American national team for the Olympic Games.

In 1997, Couture started his MMA career: he was invited to UFC 13 and had to face Tony Halme and Steven Graham. These two matches were favorable for Randy, and he became the champion of the tournament.

Vitor Belfort became the athlete’s opponent at UFC 15; Randy celebrated another victory with a technical knockdown.

33-year-old Randy had the title fight against Maurice Smith. The jury decided to award the win to Couture; many experts agreed that Randy’s performance was better.

Further on, the UFC administration and Couture’s relationship got tense, and the sportsman’s contract was canceled. It did not mean the end of the man's career: he went to Japan and signed an agreement with RINGS. However, it marked the beginning of the unsuccessful period.

The first fight brought a failure; victories and losses followed one another for the next two years. In November 2000, the fighter met the UFC leaders and came to terms about Couture’s new contract. Randy felt more confident and defeated Kevin Randleman. Although the fight was pretty challenging, the athlete finally received the long-awaited title.

The next match took place two years later: Randy faced Josh Barnett and lost. The opponent did not enjoy the victory for long: forbidden steroids were found in his blood, and Josh was stripped of the title. Randy wanted to return the champion status and agreed for the fight against Ricco Rodriguez. The failure cooled him down: the man realized he needed a lighter weight division.

New victories came quickly: the athlete defeated Tito Ortiz and Chuck Liddell which made him a champion again. Randy was the first athlete to grab the victory in two weight categories.

Couture fought against Liddell three times and won only once; the jury announced the knockdown in other cases. These failures hurt the man’s confidence, and he said he finished his career.

The love for the sport was too great to pass, though. Randy Couture came back in 2007 and marked his first performance with the pushing tactics against Tim Sylvia. It was the right option: Randy got the victory. He went down the history of MMA as the five-time UFC champion.

In 2008, Brock Lesnar’s and Randy Couture’s agents set the fight between the sportsmen. Randy missed his opponent’s blows, and the judges stopped the battle with the technical knockdown. The next year, Couture had another failure against the Brazilian athlete Antônio Rodrigo Nogueira.

Randy was eager to restore his position and title and appeared in the ring again within three months; he fought against Brandon Vera and defeated him. In February 2010, Randy faced Mark Coleman and crashed him with a rear-naked choke.

Seven months later, the MMA fight between Randy Couture and James Toney was held; the former athlete won. In 2011, Randy faced Lyoto Machida in the last match in his career and lost.

The Russian fighter Fedor Emelianenko invited Randy to have a fight, but the American did not accept it. The media speculated that Couture was not satisfied with the money he was offered, but the athlete denied the rumors.

According to the sportsman, it would be difficult for him to be in perfect shape at the age of 52; he believed that one must not go to the ring unprepared.

Overall, Couture had 30 professional matches, 19 of which were victorious. The man has numerous UFC awards and prizes at home.

The Expendables became a significant movie in the actor’s filmography. He had the chance to collaborate with Jason Statham, Sylvester Stallone, and Mickey Rourke. Later, the fighter had an episodic part in the iconic series Hawaii Five-0.

Randy Couture’s career had a negative influence on his personal life. He has been married three times, but all the marriages ended with divorces.

The sportsman’s ex-wife Kim Borrego is an MMA fighter; Randy became her personal coach after they had broken up.

Couture has three kids: the sons Caden and Ryan and the daughter Aimee.

Today, Randy gladly spends time with his children. Hunting is his favorite hobby. The athlete lives in Los Angeles and appears to participate in movies.

For instance, 2018 was marked with Antidote and an episode of Impractical Jokers.