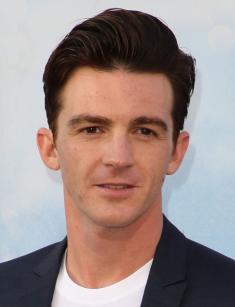 Drake Bell, an actor and musician, became famous in the mid-00-s after starring in Drake and Josh, popular TV-series among teenagers. Before that, the actor's filmography listed dozens of films, but Nickelodeon was the channel which made him really famous. Later on, Drake decided to become a musician, and he is still good at this thing.

Drake Bell was born in Santa-Anna, CA, US, in the summer of 1986. The boy was raised by his mother and step-father (his parents divorced when Drake was 5). Drake has a big family. Aside from Drake, his parents have four more children, three sons, and a daughter. His mother, Bella Robin Bell, is a professional billiards player.

As a child, Drake spent much time in skate-parks and usually attended punk-rock shows, which later influenced his musical preferences. The step-father saw Drake’s potential and enrolled him in any sports clubs. All these efforts were in vain because the future actor wasn't interested in any of those clubs.

Later, Drake’s parents noticed son’s talent for public speeches and realistic copying the people he saw on TV. When Drake was 5, parents attempted to put him into an advertisement. After some more projects, Drake tried himself in an episode of the series. He completed his filmography with first projects, thanks to which he later got a foot into the big world of the cinema.

In 1996, at the age of 6, the boy was invited for the role of Jessy Remo in the film called Jerry Maguire. Some years later, he appeared on TV-screens with an episodic role in the series Seinfeld. Some movies such as Drifting School, Men Behaving Badly, The Pretender, and others would be later added to his filmography.

In the early 00-s Drake became a participant of the project Amanda Show, and soon started starring in Drake and Josh. Josh Peck, his partner on the backstage, became his best friend. After the project, actor’s popularity multiplied, people recognized him on the street and asked for an autograph, and Drake became more offers from producers to take part in their projects.

At that time, Drake was filming in the series Zoey 101, and he wins at the Nickelodeon Kids' Choice Awards as "Favorite TV Actor" for three times. In 2005, the producer Raja Gosnell invited Drake to film in the comedy Yours, Mine & Ours for the role of Dylan North. The film was very successful and earned $ 71 million worldwide.

In 2007, Bell played the starring role in the film called College. He worked with Kevin Covais, Andrew Caldwell, Haley Bennett, and others. The comedy is focused on friends who got in trouble from their first days at college and drew the attention of the most beautiful girls there. The days could be hardly called funny adventures for these guys.

In 2008, Bell filmed in The Nutty Professor. In 2010, the starred in I Owe My Life to Corbin Bleu, and in 2011, in the film called A Fairly Odd Movie: Grow Up, Timmy Turner!. Later, Drake appeared in some other films. In the period between 2012 and 2016, he voiced the roles and rarely appeared in short films and series. In 2017, Bell got one of the roles in the thriller American Satan produced by Ash Avildsen. He also filmed in a short film The Blind Girl.

Drake wrote one of his first songs when he was starring in Drake and Josh. It was featured as the theme song to the series and also helped Drake to realize that he wanted to develop his skills not only as an actor but as a singer, too. Before that, he wrote a song called Lost A Lover for Amanda show. He learned to play the guitar with the help of Roger Daltrey, a member of The Who.

In 2005, Drake’s debut album called Telegraph was presented to the listeners. Soon, Drake Bell’s songs were appreciated not only by his listeners but by directors of recording studios. The singer signed a contract with one of the studios, Universal Records, in collaboration with which he released the second album called It’s Only Time.

At the beginning of 2006, Drake makes a tour and gives concerts in different cities of the USA and even other countries. As a rule, his concerts were held in small halls, but it allowed Drake to get the listeners better acquainted with his songs. In the same year, he recorded the song "Leave It All to Me" with Miranda Cosgrove, which became a soundtrack to the series iCarly.

It was planned to release the next album at the beginning of 2007, but the release was postponed several times. Some time later, the singer finally presented the album The Nashville Sessions. It was the peak of Bell's career, as the next album, Ready Steady Go!, was released only in 5 years. In 2014, the singer released his album called Bell.

In February 2018, the musician made a video for the song “Rewind”. Although Bell is not going to record new albums, he gives shows on the bars and small halls around the US.

The personal life of the young actor is full of relationships with famous girls. In comparison with other stars, he doesn't hide his love affairs, and his fans know all the details. In the period between 2004 and 2005, Drake was dating an American actress, Torrey DeVitto. From 2005 to 2006, he had relationships with a Youtube star and comedian, Stevie Ryan. In 2017, the woman committed suicide.

Now, Drake is in relationships with the actress Janet Von. His girlfriend became an actress only in 2015 and therefore is not as famous as Drake Bell. You can only guess if their relationships will develop to marriage and having children. But artist's fans hope that they can see the photos from their wedding.

Drake keeps in touch with his fans via Instagram, where he regularly posts new photos from his concerts, announces the upcoming releases of his songs and albums and shares his photos. His photos often receive positive comments from the girls, admiring the athletic figure of the guy. The young man tries to keep fit, with a height of 5'9'' his weight is 156 lb.

Drake continues to star in films. In 2018, there were three short films with his participation premiered, as well as a detective called Cover versions directed by Todd Berger. Actor's fans hope to see Bell on their television screens later as well.

Moreover, Drake doesn’t forget about his musical career. In February 2019, he gave a concert in Corning, New York. Earlier, in January of the same year, the musician has performed in one of the bars of West Lafayette, Indiana. Then the audience greeted him kindly and even asked him to continue singing. While Drake doesn’t consider himself a superstar and collect stadiums, so the fee for his performances for the audience is purely symbolic. 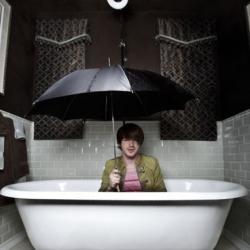