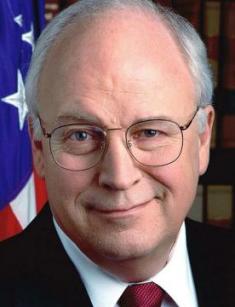 In October 2008, Joseph Biden said that Dick Cheney was the most dangerous vice president in American history. He urged Barack Obama to return the use of water-boarding, and critics called him Darth Vader. As a politician, Cheney has come a long way from a member of the Nixon administration to the 46th vice president of the United States.

Richard Bruce (Dick) Cheney was born in Lincoln, Nebraska, on January 30, 1941. The politician has English, Welsh, Irish and French ancestry. Cheney's 8th great-grandfather immigrated to the United States from England in the 17th century. One more ancestor, a Huguenot, who fled first from France to the UK and then to Maryland, made Cheney a very distant cousin of politicians Harry Truman and Barack Obama.

Besides Dick, the family had two more children. Father Richard Herbert Cheney worked at the U.S. Department of Agriculture, and mother Marjorie Lorraine (née Dickey) was a softball star in the 1930s. The future politician studied at Calvert Elementary School until the family left the Corn-cracker State and moved to Casper, the second-largest city in Wyoming. He continued his education at Natrona County High School.

After graduating from high school, the young man entered Yale University, but in his youth, Dick often had problems adjusting to the college, and he was expelled from it after two years. Cheney graduated from the University of Wyoming, earning a Bachelor of Arts in political science. Richard started but did not finish, doctoral studies at the University of Wisconsin–Madison.

In November 1962, Dick was arrested and subsequently convicted of driving while intoxicated. A year later, he was arrested for DWI again. According to Cheney, these troubles made him think about where he was and where he was headed.

During the Vietnam War, Cheney was eligible for the draft and could have gone to war, but due to marriage and the birth of daughters, he received five draft deferments. In January 1967, the man was 26 years old, and, under law, he was no longer eligible for the draft. Later, Dick admitted that he also received deferments to finish a college career. His studies lasted six years rather than four due to poor academic performance and the need to work.

Dick Cheney began his political career in 1969 as an intern for Congressman William A. Steiger during the presidency of Richard Nixon. Until 1976, the politician held several positions in the White House, including the Deputy Assistant to the president.

When Donald Rumsfeld, whose staff Cheney joined, became Secretary of Defense, the politician became White House Chief of Staff. In 1976, the man was a campaign manager for Ford. In 978, Dick was elected to represent Wyoming in the U.S. House of Representatives, replacing Teno Roncalio, and was subsequently re-elected five times until 1989.

During this period, he voted against the creation of the US Department of Education as a separate entity, considering it economically unviable. Dick Cheney also voted against Head Start, a program that helped low-income children and families. However, in 2000, he changed his mind.

In 1983, the politician reversed his position about the holiday in honor of Martin Luther King, Jr., although he voted against its establishing in 1978. In 1987, Cheney was elected chairman of the House Republican Conference, and on March 20, the man was appointed U.S. Secretary of Defense. It happened after the U.S. Senate rejected the nomination of John Tower, who did not please politicians with his bad habits and support for legalized abortion.

During his time in the Department of Defense, the man directed the Operation Desert Storm in Iraqi and United States invasion of Panama. In 1991, President George W. Bush awarded Cheney the Presidential Medal of Freedom, and a little later, the man received the U.S. Senator John Heinz Award for Greatest Public Service. The politician believes that his work at the Pentagon was the most rewarding period of his public service career.

During his career, Dick Cheney cut the budget of the Department of Defense and downsized the military, following the Reagan Administration's defense buildup during the Cold War. The great achievement of Cheney as the secretary of defense was the creation of military bases in Saudi Arabia. It contributed to the success of the Gulf War.

When Dick resigned from the post, he left the White House for a while and ran a business, mainly serving as Chairman of the Board and Chief Executive Officer of Halliburton oil company. But in 2000, George W. Bush offered Cheney to head his campaign. On January 20, Bush became president of the United States, and Cheney was appointed vice president.

After the attacks of September 11, the politician played an essential role in justifying the resumption of hostilities with Iraq. His regular public statements that the enemy had weapons of mass destruction took effect. Cheney was convinced that Saddam Hussein had links to al-Qaeda, although classified information, published on September 21, 2001, stated that the intelligence department did not find any evidence of this connection.

Dick Cheney served as vice president for the second time until 2009. He later said in an interview that his relationship with Bush Jr. deteriorated significantly during this time.

At the age of 14, Richard fell in love with Lynne Vincent, and in 1964 the woman became his wife. The couple has two daughters, Elizabeth and Mary. Cheney is a member of the United Methodist Church.

Dick is a neocon. He firmly believes that the United States plays a dominant role in the world; the man opposes abortion and supports the right of Americans to own guns. Of course, Cheney has never supported homosexual marriage.

Nevertheless, his youngest daughter Mary is an open lesbian who in 2012 married Heather Poe, her partner since 1992. The woman has two children. Mary wrote in the autobiographical book "Now It's My Turn," that when she told the parents about her sexual orientation, her father was calm and said that he loved her and wanted her to be happy.

When in 2004, during a debate, they pointed out the contradiction between his views and his personal life, the politician said:

"Freedom means freedom for all."

In February 2006, the former vice president got into trouble. While hunting on a Texas ranch, the man accidentally shot his friend Harry Whittington in the face. When the latter was looking for a downed bird in the grass, Cheney did not notice him, despite a blaze-orange safety gear. Fortunately, the wound was not severe and did not cause significant harm to Whittington's health.

In 2011, the politician published his memoirs "In My Time," and in 2015, the book "Exceptional: Why the World Needs a Powerful America." He co-wrote both books with Elizabeth, Cheney's oldest daughter.

Dick has inspired a character in the animated series Family Guy. The episode The Tan Aquatic with Steve Zissou showed the vice president as a Wal-Mart greeter who used foul language.

Later, Cheney was the hero of the episode Boys Do Cry, in which he protested against Mary's sexual orientation, and then appeared in the episode Petergeist, in which he shot Peter, allegedly mistaking him for a deer. The next time Dick was featured in Family Guy in 2010. The episode Excellence in Broadcasting showed his acquaintance with Brian, a family dog.

Since 1978, the politician has suffered five heart attacks. As a result, he had to undergo several operations; the last one was a heart transplant in 2012.

Now Dick Cheney does not hold a position in the White House, but continues to be a media person and criticize current politicians.

In 2018, Hollywood director Adam McKay shot the biopic Vice about the former vice president, in which Christian Bale played the leading role. Immediately after the announcement of the filming, both people who were interested in Cheney and fans of the actor began discussing the movie on the Internet. In particular, they noticed that, judging by the photos of the set, Bale had to gain a lot of weight for this role.

Dick Cheney has an estimated net worth of $40 million.