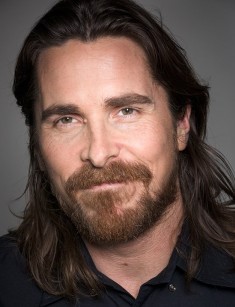 Christian Bale is a movie actor and producer. Christian is one of the most beloved, most popular and highly paid actors of Hollywood. He is famous due to his participation in the shootings of big-budget blockbusters.

Christian Charles Filip Bale was born in January of 1974 in western Wales, in a family of the pilot and the circus performer. Christian is the youngest child in the family. The family of Bales changed their place of residence very often, moving from England to Portugal and from Portugal to the USA. Later, Christian called 15 cities which his family had changed as a place for living while he was growing up.

Christian showed his talent for acting since young years. As it turned out, his skills were hereditary: both his grandfathers were actors and managed to maintain communications in the movie industry what with time appeared to be useful for their grandson. In 9 years Bale appeared on the screen of the British television. The actor took part in the commercials of the grain flakes. A year later Chris played a role in the play "Botanist" in which he appeared at the stage together with the famous comedy actor Rowan Atkinson who is known in the movie world as Mr. Bean. Soon the British comedian invited Christian to take part in the new play.

Christian Bale began to take acting studies rather late. When Christian turned 20, he did an audition to the Royal Academy of Dramatic Art, and then he was enrolled to the Royal Central School of Speech & Drama.

The 13-year British actor played his debut role of Jum- Jum in the movie "Mio in the Land of Faraway". This Soviet-Scandinavian project was released in 1987.

But Bale became world famous due to his second picture – the drama directed by Steven Spielberg "Empire of the Sun". The movie narrated about the events which had taken place in China during the World War II. Bale performed the English teenager who lived with his parents in Shanghai. After this role, the young actor awarded a large number of prizes, among them - an award of The National Board of Review of Motion Pictures

The pressure of fame was too hard for the teenager. Constant interviews, press conferences, and presentations oppressed Christian so much that he decided to take a temporal break in his movie job.

A 15-year-old Christian came back on screens together with the movie "Henry V" which was shot by the literary work of Shakespeare. Then he took part in the movies "Treasure Island" and "A Murder of Quality".

Christian Bale moved to a new chapter of his movie career in 1992 when the young man was 18 years old. At that period of time directors began to entrust the actor with serious roles. Further Bale played in the musical movie "Newsies" where he was able to use his dancing and singing skills. The picture turned out to be a failure but the audience noted and remembered the charming actor. The following musical movie, the drama "Swing Kids", was highly appreciated by the critics and the spectators.

Soon the picture "Little Women" came on the big screens. The movie was at once recognized as the best-seller and it was nominated for Academic Awards for three times.

During this period Bale actively took part in the movies. Every year several movies with the participation of the actor came on the screen. The following movies are the most significant of them – "The portrait of a Lady" where Christian acted together with Nicole Kidman and also the comedy movie "Metroland".

The critics also note the picture "American Psycho" in which the actor had to transform into the character of the cruel murderer and maniac Patrick Bateman. In this thriller, Bale succeeded in presenting the person with a split personality. Besides, according to the director's plan the actor had to get bigger muscles. The role demanded lots of physical and psychological tension and huge work on himself. So, Bale’s efforts were paid off: the actor got to the list of the most demanded Hollywood actors.

In 2002 the action movie "Equilibrium" came on the screens. The picture was appreciated by the critics and the audience, the actors successfully coped with their roles, and the scene where Christian Bale's hero had shot the clergyman Errol Partridge (the role was played by Sean Bean), was recognized as one of the best scenes in cinematography.

In 2004 the actor got a difficult role of Trevor in the picture "Machinist" directed by Brad Anderson. For this role, the actor had lost 60 pounds of weight (27 kilos) and he turned into "a living corpse" as it was demanded by the plot. Authors of the movie were surprised with such body transformation which Bale achieved with such tall height (Christian is 183 cm high). The actor's photos before the weight loss differ a lot.

And for the role of the hero from Gotham city in the picture "Batman Begins", released in 2005, Christian Bale had to put up as much weight as possible. The Batman, Bale's character, was extremely convincing and charming. These roles became the major roles in the actor’s career.

From a range of the movies of Christian Bale which came out since 2005 the critics point out the drama "The Prestige" which told the story of young illusionist; and the war drama "Rescue Dawn" about the war in Vietnam. The last movie would later be called the best picture in the creative career of the actor.

In 2009 Bale appeared the crime drama about the Colombian drug baron "Killing Pablo", based on the real events and also he performed the role of John Connor in the picture "Terminator Salvation".

The next year brought Bale the Golden Globe Award and the long-awaited Academic Award for his work in the picture "The Fighter". In 2014 Christian received the same awards for his acting in the crime tragicomedy "American Hustle".

Bale doesn't give any reasons to tabloids. Christian’s private life is his family. In January of 2000, the actor got married to the former model Sandra "Sibi" Blažić who became the independent producer of the short-length movies.

In the spring of 2005 they gave birth to their daughter Emmeline, and in the summer of 2014 their son Joseph was born.

In 2016 the American actor took part in the movies "Weightless" and "The Promise". The audience became particularly interested in the last movie, the picture narrates about the barbaric murder of Armenians in the Ottoman Empire in the years of the World War I. In this movie Christian Bale got a role of the American journalist who investigates the story of opposition of the Armenian guerrillas with the Turkish troops and also tries to tell the world the truth at the cost of his own life.

The tragic page in the history of the Armenian nation is shown through the touching story about the love story of the medical student and an artist. Both of them got into the swing of things, but, having lost their relatives, they have found each other. The prominent representatives of world show business stated their admiration of this picture. Many Hollywood movie stars took part in the campaign with the aim to support this movie project.

Bale told the members of the media that he knew nothing about the genocide, and called these events barbaric and awful. By the words of the celebrity, this incident is a great tragedy and it’s not discussed vastly cause people don’t have enough information about it.

In 2017 there was information in the press that Christian Bale would play the former Vice President of the United States - Dick Cheney. Except for Bale, the authors of the movie negotiate with Amy Adams and Steve Carell, and the project will be developed by the Paramount studio. The director Adam McKay works on this movie. Bale and Carell had already taken part in his movie "The Big Short".

Christian Bale has rather strict views towards the actor’s profession. According to the film actor, he is often tormented by the thoughts that the job of the actor is selfish and vain and it also destroys your personality. Nevertheless, despite such categorical moods, the actor is ready to participate in new projects.

The users of Instagram and other social networks are looking forward to seeing the new photos from the shooting stages, foreseeing the pictures in which the Hollywood star can take part. 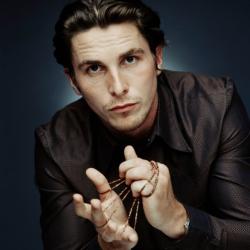