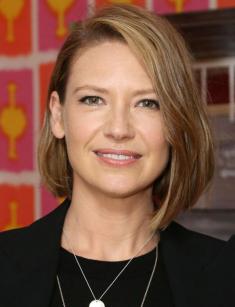 Success is measured by the time. If people remember a screen character for a long time and associate them with an actor who played them, it means true recognition. This idea applies to Olivia Dunham who brought Anna Torv critics’ and the audience’s love.

The would-be actress was born in summer 1979 in Melbourne into the family of the Scottish Susan and the Estonian Hans. The girl was probably named after her aunt from the parental side: the woman was a writer and spent more than 30 years with her husband, the media mogul and Fox News founder Rupert Murdoch.

The parents’ upbringing was modest and simultaneously liberal. When the girl turned eight (according to some sources, six), they divorced. The mother took Anna and her younger brother Dylan and settled in Gold Coast, Australia. This is where the woman spent her youth: she was engaged in surfing, swimming, horse riding, and hiking. Susan believed that the kids should go outdoors rather watch TV.

According to Anna, it was a happy time: she had many diverse friends who developed the ability to deal with people and find compromises with anyone. She said in her interview:

“My mother instilled in me a sense of self-worth, that I could do anything - but she also made sure she only encouraged the things I was good at and knew I wasn't going to be a scientist or a mathematician”.

The young woman graduated from Benowa State High School and entered Australia's National Institute of Dramatic Art. Anna had no friends at that time and often had to stay alone in her house. As a result, she neglected her studies and started working in local bars, pubs, and cafes. Nevertheless, she came back to the institute later and received a degree in Performing Arts in 2001.

Although Anna tried herself on the theater stage in her childhood, the significant debut took place in Bell Shakespeare, two years after the actress graduated from the institute. Anna played Ophelia in Shakespeare’s tragedy Hamlet. Chekhov’s The Cherry Orchard at the Sydney Theatre Company was another remarkable work.

The artist smiles when she remembers her stage experience. She particularly liked to have hairdos and makeup; Anna could create vintage images from old photos for hours. It was the young woman’s grandmother who taught her that art; she showed her granddaughter how to use a spoon to fix her hair in the style of the 1940s. In her turn, the mother instilled the love of jewelry: she opened her own accessory store in Australia.

2002 brought the full-length movie White Collar Blue and the series Young Lions. These projects marked a new page in the actress’s career: cinematography. Soon, Anna played in The Secret Life of Us; she appeared in 20 episodes of the fourth season. Later on, she was invited to Mistresses and personified a gay woman.

The series Fringe has been the longest and most spoken-about project in Torv’s filmography. The main characters (Anna Torv and Joshua Jackson) investigate a chain of mysterious crimes and discover a parallel universe. More than 300 candidates auditioned for this role; however, the series creators selected Anna.

As the actor John Noble remembers, the artist was timid to be a part of the large show. It was difficult for Anna to deal with her growing popularity, but she finally learned how to manage it. Besides, Torv won four awards for the series.

“My view is that Scully is much more elegant than Olivia, who tends to be more like a city girl”, Torv comments on her character.

In 2017, the actress won the Logie Award for the role of Harriet Dunkley in the first season of the series Secret City. Besides, Anna participated in audiobooks recording and voicing computer games (Heavenly Sword).

In December 2008, Anna married her colleague Mark Valley who played agent John Scott in Fringe. The wedding ceremony was held in private. The couple did not spend much time together; there is a theory that both spouses were too busy and had no time for each other.

After the unhappy marriage, Torv started spending more time with her family. She followed the example of her brother and took up pottery. Besides, she likes to explore new places, sing, and dance. The actress is a fan of Kate Winslet:

“I just adore Kate Winslet. I love her because you're never aware of all the stuff that's going into her characterization and, yet, she completely transforms”.

In February 2018, the creators of Secret City pleased the fans by the news: the second season was going to be released. The same year, it was announced that new episodes of Mindhunter would appear in 2019.

Unlike some of her colleagues, Anna does not use social networks. However, there are many fan pages on Instagram, Twitter, and Facebook. There are also numerous websites publishing pictures from social events and photo sessions.

For instance, one can find the photos from Rolling Stone magazine or the pictures where the actress is wearing a swimsuit and demonstrates her wonderful shape: her height is 173 cm., and her weight is 58 kg. 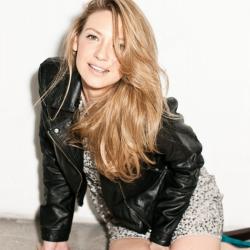