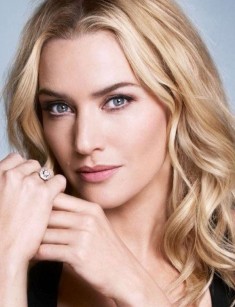 Kate Winslet is a British film and theatre actress, a singer. The actress gained world popularity after filming in the drama "Titanic", classic of cinema world. Winslet was nominated for seven Oscar nominations, which she won in 2009 for her role in The Reader. Also, the actress won more than one Golden Globe Award and BAFTA.

Kate Elizabeth Winslet is a real British. She was born in the city of Reading, Berkshire County in October 1975. Kate's parents Roger Winslet and Sally Bridges were little-known actors. They had to work on part-time jobs because of the absence of roles in the theater and cinema. Kate has two sisters Anna and Beth, and a brother Joss. All the children followed in the footsteps of their parents, but only Kate achieved tangible success in the profession.

Kate Winslet grew up among theatre sceneries. At the age of 5 the girl appeared on the stage, playing angels. As a child, the girl was chubby, and sometimes her classmates made fun of that. Despite everything Kate knew that she would be an actress. At the age of 11 she took acting classes in a theater school and was regularly on the stage. Kate felt her first success after "Peter Pan", where she played Wendy. She appeared on the screens in breakfast cereal commercial.

Kate Winslet began her career in cinematography in 1991 at the age of 16. Firstly, she had small parts in different TV series. One of them "The Dark Season" was science fiction movie. The actress made her real debut in thriller "Heavenly Creatures " in 1994. Winslet played Juliet Hume - the young murderer of her friend's mother Pauline Parker, who suspected a homosexual relationship between the girls. The picture was based on real events that occurred in 1952 in New Zealand. For this film Kate Winslet received an award from London Film Critics Association.

Next year Kate appeared in an adaptation of the Jane Austen novel Sense and Sensibility. Kate played one of three sisters Marianne. The role of the elder sister went to Emma Thompson. The film gained considerable popularity and 134 million dollars at the box office. This film brought three awards to the 21-year-old Winslet, one of which is the prestigious BAFTA and the first Oscar nomination.

The following two movies, released in 1996- the melodrama "Jude", based on the latest work of Thomas Hardy, and "Hamlet" by Kenneth Branagh- were also successful. The director invited Winslet to play Ophelia. Bran's film had a great success, but it was nothing compared to success of "Titanic" by James Cameron.

Kate Winslet became a Hollywood star overnight. Titanic won 11 "Oscar" awards. Her film partner was Leonardo DiCaprio. After the release of "Titanic" actress was nominated for the most prestigious award for the second time.

From that moment, Winslet could choose any project in which she wanted to participate. For example, she turned down offers to star in Shakespeare in Love and Anna and the King to star in the drama Hideous Kinky. Later Kate regretted. Gwyneth Paltrow and Jodie Foster got the roles in these films.

The actress preferred to appear in films that she considered not only profitable but, above all, interesting. For example, in order to star in a low-budget "Plunge" Kate even refused a fee. The film was ready to be shown in 1999, but was released only in 2003.

In 2000, Kate appeared in historical film "Quills", which tells about the last years of Marquis de Sade. The actress played the role of a hospital laundress who looked after the famous marquis in the asylum. Critics highly appreciated skills of the actors.

In 2001, Kate appeared in two movies - "Enigma" and "Iris". In Enigma Winslet played a mathematician friend. Critics and viewers recognized the film as a failure. "Enigma" collected at the box office only half of the amount spent on its production. However , film "Iris" (about the novelist Iris Murdoch) met the expectations. Gloria Stewart played the role of old Iris. Both actresses were nominated for "Oscar" and "Golden Globe". The film has collected many awards and positive reviews

Then again, failure and success followed. The criminal-dramatic film "The Life of David Gale" turned out to be Failure. Although it was among the nominees for the main award of the Berlin Film Festival, but has been criticized by audiences and critics. But the melodrama "Eternal Sunshine of the Spotless Mind" brought Kate Winslet the third nomination for "Oscar". In this project the British actress starred in the title role along with Jim Kerry, who went beyond the usual comedy role. In the same successful year 2004, Kate received the 4th nomination for the main film award. This happened after the release of the film "Finding the Neverland", in which she co-starred with Johnny Depp.

For the 5th time Winslet has been nominated for "Oscar" for the film "Little Children". She played the role of Sarah Pierce, who betrayed her husband. Again, the statuette slipped through her hands.

The romantic comedy “The Holiday" has been warmly welcomed. Kate Winslet starred in the lead role along with Cameron Diaz, Jack Black and Jude Law. In Russia the comedy was released in 2006.

At the end of 2008, the film "Revolutionary Road" was released, in which Kate Winslet and Leonardo DiCaprio met again. They again played a loving couple. The film had a great success, and the actress won the Golden Globe. The same year, for the film "The Reader" Kate received awards from the Actors' Guild and the Golden Globe. And the same year in February Kate Winslet finally received the long-awaited Oscar.

In recent years, the actress continues to star in films. The most famous were «Carnage» by Roman Polanski and the mini-series "Mildred Pierce", for which Winslet won Emmy and Golden Globe. And after the release of the picture "Labor Day" actress received the Order of the British Empire from the hands of the Queen of Great Britain.

In March 2014, the actress had a personal star on the Hollywood Walk of Fame. Famous film critic John Foot named Kate Winslet "the greatest actress" and put it on a par with Meryl Streep, saying that there are no roles that she could not cope with.

In 2015, Kate starred Tilly Dunnage in the drama “The Dressmaker”. Winslet played the role of a woman who returned to her hometown years after she (Tilly) was expelled as a child, accused of killing a classmate. The heroine conquers the recognition of the townspeople with the talent of a dressmaker and tries to find out what happened on the day of the murder.

Kate’s first serious relationship began during filming in the film "The Dark Season." She had relations with actor and writer Stephen Tredre. Kate was 16, Stephen was 28. It lasted for 4 years, but they didn’t married. Some time after the separation, Treadre fell ill and died of cancer.

In November 1998, Kate married for the first time. Her partner was the director Jim Tripleton. Kate Winslet starred in his film a year earlier. In this marriage, their daughter Mia was born, but a year later the couple broke down.

The second husband of the British actress was also a director. Kate married Sam Mendes in spring, 2003. In December, their son Alfie Winslet Mendes was born. After his appearance, the couple lived together until 2010 and then announced their separation.

In 2011 Kate Winslet met Ned Rocknroll, a British millionaire who is younger than the actress for 3 years during the rest. In December 2013, Kate gave birth to their son, Bear Blaze Winslet. The family chose the permanent place of living in Great Britain.

Kate is a well-known vegetarian and a supporter of PETA, animal rights organization. Winslet has fight for a boycott of restaurants, which offer a foie gras in their menu.

Winslet is also not indifferent to human life. The actress is critical of her profession and stands up for changing the Hollywood standards of beauty. Kate does not want to support the norms, which push women to anorexia, the actress forbids to photoshop her body in magazines, and at the premiere of “Titanic”, despite the persuasion of managers, the film star came in an open dress and with a weight of 90 kg.

Over time, Kate had to lose weight in order to stay in the acting profession and not be replaced by new faces. In an interview, Winslet admitted that she hated herself for losing weight in order to get roles. Today, the actress has a weight of 65 kg with a height of 169 cm.

The most famous account in "Instagram" under the name of the actress has 317 thousand subscribers and honestly declares that it represents the official fan page of Kate Winslet. The page contains pictures from social events, promo photos and videos of new films and other public materials. The actress doesn’t have a page in Instagram or doesn’t show her account.

February 19, 2016 the premiere of the criminal drama " Triple 9", in which Kate played the title role. The name of the film goes back to the danger code "999", which means the murder of a policeman. One criminal group wants to use such a distraction to commit an almost impossible robbery.

In 2016, Kate was nominated for Oscar, Golden Globe and BAFTA for her supporting role as Joanne Hoffman in biopic "Steve Jobs". The actress won the last two awards.

In December 2016, Winslet appeared in the lead role in drama " Collateral Beauty" by David Frenkel. Surreal drama tells about the life of a businessman who after the tragic death of his son begins to write letters of Death, Love and Time, and most importantly - to receive answers. While the main character communicates with supernatural beings, the friends of a businessman try to return the man to a normal life. Will Smith, Edward Norton and Keira Knightley are also take part in this movie. But the famous cast did not save the film from sharply negative ratings. The actors of the main roles received the anti-prize nomination "Golden Raspberry" with the unusual formulation "The whole cast of once-respected actors", because the classical nominations of the ceremony do not allow to nominate the full cast, nominating only individual actors or duets.

In October 2017, the premiere of drama "The Mountain Between Us" with Winslet in the title role is planned. The film is based on a novel by Charles Martin. Kate Winslet will appear in the role of writer Ashley, who survived the plane crash. Together with another survivor, whose role was played by Idris Elba, the woman goes on a dangerous adventure to get to civilization.

On December 1, a film "Wonder Wheel” by Woody Allen will be released. Critics assume that the film will qualify for Oscar. 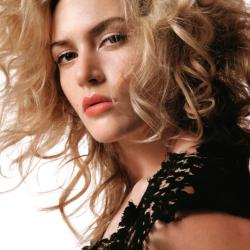