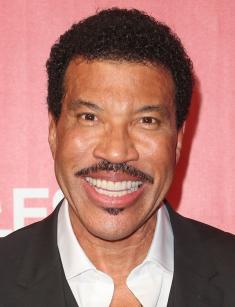 Lionel Richie is an American singer, producer, and composer, who was famous in the mid-1980s. Having written dozens of hits, getting to the top lines of the charts, the musician has won many prestigious awards, the most valuable of which was an Oscar and a Golden Globe for the song "Say You, Say Me."

Lionel Brockman Richie Jr. was born on June 20, 1949, in a family of teachers of the Tuskegee University, located in Alabama in the South-East of the United States. His parents were African-American and they lived on the Institute campus, historically designed for the black population, and so Lionel's childhood was cloudless and peaceful.

The future artist entered the Joliet Township High School, where the training program included many sports disciplines. The boy discovered his talent at playing tennis and after graduation received a scholarship that allowed him to continue his education at the local University. When he was choosing the faculty, Lionel seriously thought about the career of a priest and planned to take a course of theology. But his membership in the Kappa Kappa Psi brotherhood made the young man change his mind.

In the mid-1960s, Richie became interested in music and learned to play the saxophone. He joined a student band called the Commodores and became the lead singer of the group, which performed compositions in the R&B style.

In 1968, the band, which specialized in dance melodies, signed a contract with Motown Records Studio and soon earned the approval of the public, playing as the opening act for the Jackson 5, which was popular at the time.

By the end of the 1970s, Richie began writing songs on his own for such famous artists as Kenny Rogers. He wrote the song "Lady," which got to the top of the charts and made the world talk about a young talented musician.

In 1981, Lionel released a duet with Diana Ross, used in the film Endless Love and after the resounding success of the composition he realized that he needed to leave the group and start a full solo career.

After Richie left the Commodores, his life turned around dramatically. The debut solo album, Lionel Richie, recorded in 1982, took the third place in the music charts and sold more than four million copies. Working on the record, Lionel dismissed dance rhythms, preferring musical works of the lyrical genre, thanks to which he suddenly became famous and equaled in popularity with such stars of the world pop music like Prince and Michael Jackson.

It happened after the release of the second album called Can't Slow Down, which won two Grammy Awards; the album included the hit "All Night Long." Later, he released a music video to the song and performed the hit at the closing ceremony of the XXIII Olympic Games in Los Angeles.

This event was followed by several top songs, the most successful of which were sentimental ballads "Hello," "Stuck on you," "Running with the Night" and "Penny Lover," as well as the song "Say You, Say Me." The musician wrote this song for the movie White Nights; the track won the Oscar and the Golden Globe for Best Original Song.

In 1986 Richie recorded the album Dancing on the Ceiling, which included new songs and turned out to the be the last successful album of the performer. After that, for ten years Lionel engaged himself in the processing of existing material and the release of collections of the best hits, keeping live studio work to a minimum.

Even though the audience loved Richie's old songs, the absence of new hits affected the singer's popularity. In 1996 he decided to break the silence by releasing Louder Than Words album, in which he returned to the R&B style. The lack of commercial success forced Lionel to return to his old style and release a lyrical album titled Renaissance with the main hit being “How Long”; the song got to the top-40 in the US and UK.

In the 2000s, the singer, who preferred to work in the studio and rarely appeared at large-scale events, began touring the country and starring in video clips. In 2003, the music video "To Love a Woman," directed by Simón Brand, came out, Lionel worked together with Enrique Iglesias on it.

On July 4, 2006, a concert took place at the Philadelphia Museum of Art, where Richie performed with American singer Fantasia Barrino. Then he was invited to the main stage of the jazz festival New Orleans Jazz & Heritage.

In the same year, taking a break from participating in concerts, the musician presented to the public another album called Coming Home. The song "I Call It Love," which was the first single from the album, became the most famous composition made by Richie in ten years and took the sixth line in the U.S. charts.

In the UK, the singer presented the album on the show An Audience with Lionel Richie, and two months later, the U.S. Recording Academy invited Lionel to perform his song "Hello" at the ceremony of the 49th Annual Grammy Awards.

In the late 2000s, Richie recorded the album Just Go and participated in a number of charity and social events. He sang the song "Jesus is Love" at the memorial service for Michael Jackson, and then for two years toured with Australian singer Guy Sebastian, raising money for disaster management.

After the release of the 10th album, called Tuskegee, Richie went on a full tour of America. On June 28, 2015, he played at the legendary Glastonbury Festival of Contemporary Performing Arts in front of 120 thousand spectators.

In 1975, Richie married his college friend Brenda Harvey. Eight years after the wedding, the couple took custody of an underaged girl, who they first saw at a concert with her parents-musicians who were going through a rough time in their relationship. Lionel decided to take the unfortunate child under his wing for a while, but after some time realized that the baby should stay with him forever, and in 1989 Nicole Camille Escovedo officially became the member of the Richie family.

From the outside, the family life of the couple that had no children seemed happy and harmonious. But its secret side was a musician's affair with a fashion designer named Diane Alexander. Having caught two lovers in the Beverly Hills hotel room, Brenda made a huge scene and was arrested for unlawful entry and grievous bodily harm.

Richie could not convince his wife to move on from the situation, and in 1993 they got divorced. The next few years, the musician avoided public displays of affection, appeared in photos accompanied only by his adopted daughter. However, he continued to date Diane and in 1995 legalized the relationship that destroyed his first marriage.

The couple lived together for eight years and became the parents of a girl who was born in 1998. All this time, Richie, who spent most of his time with his family, was an exemplary husband and father. He helped Nicole when she was dealing with drug addiction and was happy to raise Sofia.

In the 2000s, when the musician decided to get back to his career, there was no time left to spend it with his spouse, so the couple broke up, citing irreconcilable differences. Now Lionel and Diane maintain friendly relations. Photos of their children, spending time with their father often appear on the Instagram account of the fashion designer.

The last days of 2018 Richie spent in Hawaii, performing in local clubs. Besides, the musician became a judge in the second season of American Idol and was engaged in auditioning the contestants in Denver, Colorado.

In 2019, the musician is planning on appearing on television on the season finale, as well as organizing a spring tour, which includes Atlantic City, Orlando, Miami, and Thackerville. 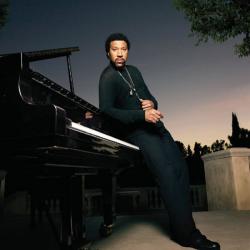