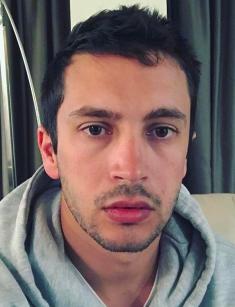 Tyler Joseph is a popular American singer and the frontman of the duo Twenty One Pilots. Passionate about music, the young man put together the band himself and since then has been its all-time leader. He also worked on some solo projects, but he devotes most of his time to the band activity.

The musician's full name is Tyler Robert Joseph. He was born on December 1, 1989, in Ohio, in the American town of Columbus. Tyler wasn't an only child. He has two brothers and a sister: Zack, Jay, and Madison. His parent's occupations were not connected to the creative field. His mother, Kelly, taught maths at school, and his father worked as a coach at a Christian school. From 1996 to 2005 he was the school principal.

Maybe his father's occupation influenced Tyler's interest in basketball. This sport turned out to be just the right kind for the boy since his childhood, and if it weren't for music, his biography could have been associated with a completely different field.

Tyler held the position of point guard in the Worthington team. The boy played in the Division IV state tournament and as a part of the team got hold of the second prize. He was awarded a sports scholarship to Otterbein University.

This moment was a turning point in the boy's life. Tyler realized that his heart was in the music and that basketball would remain a hobby. That's why the young man rejected the scholarship to the university. The first musical instrument of Joseph was a keyboard which his mother had given him for Christmas.

After finding out that local musicians and songwriters performed at a High Street club, Tyler realized that he had a new goal. Joseph devoted himself entirely to composing music and lyrics. He began to work on his vocals, making the initial progress by 2006.

Developing in the solo field, Tyler Joseph, as a high school student, recorded his first album. All the songs were created in the basement of his parents' house. The album was titled No Phun Intended and served as the basis for Twenty One Pilots songs. In 2009, the musician came up with the idea of creating his own team. Tyler invited his close friends Chris Salih and Nick Thomas to become members of the band.

The name of the band was inspired by Arthur Miller's play All My Sons. The play was about a mistake of the man who supplied spare parts for the machines in World War II. His negligence led to the death of 21 pilots.

Tyler also produced the band's logo, which the musician and the fans call "kitchen sink", himself. The meaning behind the logo is kept secret by the author. Thus, he holds the intrigue for the fans, which would be lost if the secret was out.

The debut album under the same title was released in the winter of 2009 and drew the attention of the public to the musicians' work. Some of the songs on this disc took high positions in the music charts, which gave the group the opportunity to start touring. In 2011, Joseph's friends left the band due to a busy schedule.

But the musician was joined by a drummer Josh Dun, with whom Tyler recorded the second album. The duo was gaining momentum and in 2012 signed a contract with the music label Fueled by Ramen, which helped the guys with concerts, tours, and shows.

While working with his own band, Tyler collaborated with his brother Zack, known to the music world as a Christian rapper Jocef. The guys recorded a joint track with other musicians. The song became the single for Zack's debut album. A year later, he participated in the recording of the song "Be Concerned" for the Twenty One Pilots duo. In 2011 and 2012 Tyler Joseph collaborated with the creators of the Five14 Church in Ohio.

Like his brothers and sister, Tyler is a Christian and he seeks to promote his ideals in his music. There are references to this topic in many lyrics of the musician's songs.

Tyler Joseph is happy in his personal life. In 2014 he got engaged to his beloved Jenna Black, and in 2015 she became the musician's wife. Jenna is the sister of Tyler's school friend. Now the girl appears in the company of her husband at some events, but the couple prefers to keep their relationship private and does not enjoy the status of media personalities.

Tyler Joseph and Josh Dun love their fans and openly admit it to the public. Both of the musicians got a tattoo in 2013 as the symbol of gratitude. The "X" sign symbolized loyalty to the fans from Columbus. Tyler got it on his arm, and Josh - behind his right ear.

One of the musical instruments that Tyler mastered was the ukulele. He popularized the small guitar, and thousands of fans began to learn the playing technique of it. The love for the musicians was also expressed in a fanfic that fans came up with in honor of their favorite duo. In it, the guy appeared with a member of Panic! at the disco band, Brendon Urie.

Like most of the modern stars, Tyler Joseph has personal Instagram and Twitter accounts. He regularly posts photos and tweets, covering significant events in his life, concerts, and creative achievements.

In 2019 Tyler Joseph continues his creative work as part of the duo Twenty One Pilots. The musician makes shows out of the duo's performances. One of the features is an alter ego invented by Tyler. The alternative personality is called Blurryface.

It is a different side of Joseph which represents his fears and self-doubt. Tyler wears black paint on his hands and neck to represent Blurryface, telling this way his fans that he is in a state of anxiety and suppression from the alter ego. Sometimes in the duo's songs, there is a low voice, characteristic of Blurryface.

Tyler Joseph continues to perform on stage and regularly goes on tour to meet with his audience and fans. 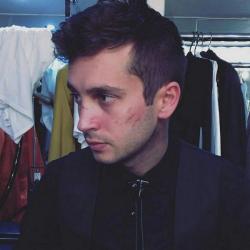