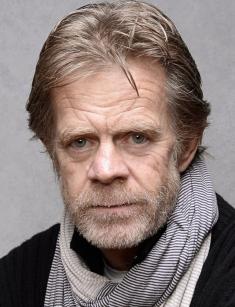 William Hall Macy was born on the 13th of March, 1950 in Miami in the family of the pilot, the veteran of the Second World War. In 1940-s the father of the future actor, William Hall Macy, Sr. was awarded the Distinguished Flying Cross and an Air Medal for military merit. His mother Lois lost her first husband during the war - he died in 1943.

In childhood, William didn’t even think about the acting profession, though he had already tried himself on the stage: he took part in the school performance of Camelot, in which the young man played the role of Mordred, the illegitimate son of King Arthur.

In 1968, William graduated from Allegany High School and enrolled in Bethany College in West Virginia, where was studying veterinary medicine. However, by his own words, Macy was a mediocre student. Therefore, in a short time, the future actor changed his place of the studies for Goddard College, where the playwright and scriptwriter David Mamet became his mentor.

In the 1970-s, William was mainly working at Chicago Theater under the direction of Mamet, and in 1985 he moved to California, where, together with David, they created new Atlantic Theater Company.

Macy debuted on the television in 1978, having shot in three episodes of the historical series The Awakening Land. Two years later, the beginning actor appeared in the episode of the romantic drama Somewhere in Time. After that, William repeatedly appeared in secondary roles, until David Mamet invited him to perform the leading role in the movie Homicide. The movie received positive reviews from the critics and till present times has a high rank on the IMDB website.

The shootings in the series ER became the next breakthrough in the acting biography of Macy. The actor received the role of David Morgenstern, the physician of the emergency room and the head of the leading characters. William left the series after the second season, but in 1997 he returned to ER again as a guest actor, and for this appearance, he nominated for Screen Actors Guild Award.

In 1994, Macy again appeared in Mamet's movie under the title of Oleanna, in which he played the leading role – the college of the professor who began the relationship with his student. His work in the movie Fargo – the sensational movie of Coen brothers became a real pearl in William’s filmography.

In 1997, the actor liked the script, having hardly read it till the end, and asked the directors to take him for the role of Jerry Lundegaard. The movie caused genuine admiration of the critics and earned some nominations and awards in the field of cinematography. For his role, Macy was nominated for Academic Awards for Best Supporting Actor.

In a year, Macy again performed the leading role; he played a role in Pleasantville - the dramatic comedy with the slight hint of the fantasy about the black-and-white utopian world. Only true feelings which bring with it only good and not destruction can return colors to this world.

In 2002, William became a scriptwriter and the leading actor in the Door to Door. This picture tells the story about the complicated life of the person who has cerebral palsy. For this movie, Macy received Emmy and Actors Guild Award in 2003 and was nominated for Golden Globe Awards. Due to this movie, the actor became the ambassador of United Cerebral Palsy - the non-commercial charity organization which supports people with disabilities and their families.

The movie Brake became one more successful drama for the actor in 2003. In this movie, the actor performed the role of the loser, whose life changes with the beginning feelings to the woman. Macy himself tells that he likes to play such roles and he isn’t embarrassed to look funny on the screen. However, not all the movies with the participation of the actress were successful. In 2009, the artist performed the leading role in the picture The Maiden Heist. Despite the fact, that this movie had the star cast, it didn’t appear on the screen and at once was released on DVD.

In 2011, Macy returned on the television with triumph, having received the role of Frank Gallagher, an alcoholic, drug addict and head of the dysfunctional family in the series Shameless. Due to this project, William got Screen Actors Guild Award in 2015 and 2018, and more than once was nominated for Emmy and Golden Globe Awards.

The fact that the actor was engaged in the series didn't prevent him from working on other projects. In 2012, he appeared in the independent movie The Sessions, which was noted numerous nominations and awards, and in 2014 he became the director and scriptwriter of the movie Unstoppable. The film, in which there appeared the popular singer Selena Gomez in one of the roles, received controversial reviews from the movie critics. However, Anton Yelchin, who performed the role of the leading character, received the prize of the Chicago Film Festival.

In 2015, William took part in one more successful movie - the drama under the title Room, based on the case of Josef Fritzl Case, the Austrian criminal who was imprisoning and abusing his own daughter during long years.

Little is known about the personal life of the actor. The producer Carla Macy became his wife though their marriage resulted in the divorce. On the 6th of September, 1997, William married the actress Felicity Huffman, with whom they were in relations for fifteen years. Two children were born at the couple: Sophia Grace and Georgia Grace.

In his youth, when studying at the college, William repeatedly used LSD, for what he even received the nickname of Acid Head from his fellows. What about the actor’s hobbies, at present he has more legal hobbies – he likes playing the ukulele, and he is fond of artistic woodwork. After the shootings in movie Wild Hogs, William became seriously engaged in the motorcycling.

The celebrity has an account on Instagram, though he rarely posts new photos. It’s much easier for his admirers to find shots with William on the pages of the tabloids.

At present William spends a major part of the time working in the series Shameless.

Sometimes the actor can afford himself to work in other movies. For example, in 2018 there was released the picture Blood Father – typical criminal fighter about the savior of the young girl. 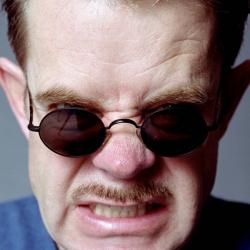