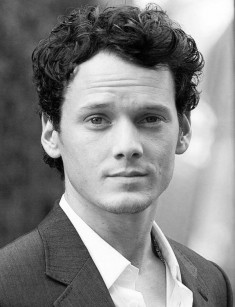 The American actor of the Russian origin Anton Viktorovich Yelchin was born on March 11, 1989, in Saint Petersburg. His parents, Irina Korina and Viktor Yelchin, used to be pair figure skaters. In several months after the boy was born, the family moved to Los Angeles due to the religious and political pressure they experienced in Russia.

In Los Angeles, Viktor Yelchin began to work as a coach in a figure skating school; the mother got hired as an ice show choreographer. Predictably, the parents dreamed of making their son a figure skater. At four, they took Anton to a skating rink, yet he did not like it. Similar to his grandfather, he preferred to play soccer.

Besides, Anton Yelchin learned how to play the guitar; he fancied this activity and mentioned that music brought him harmony with the external world. The young man was fond of acoustic blues. Later, he joined the Sherman Oaks Center for Enriched Studies in Tarzana, California. In 2007, Yelchin became a student of the University at Southern California and studied cinematography.

Anton did not continue the family sports dynasty: the boy chose movies. In one of his interviews, he said he auditioned for the role of Harry Potter when he was nine. However, it was a pipe dream: only a native English had the chance to play this character.

Anton Yelchin debuted in cinematography in the late 1990s when he hardly turned ten: he played episodic roles in the popular series: ER, The Practice, and NYPD Blue.

At 12, Anton gained one of the lead roles in the drama Hearts in Atlantis. Anthony Hopkins was amazed to see the boy’s work and emphasized his talent and incredible diligence. As the project finished, he gave his young colleague a book by Stanislavski as a present and wrote a caption: “Reading it is no longer necessary for you!”

Soon, Anton Yelchin appeared in the popular TV series Huff where he played a psychiatrist’s son. His stage partners Sharon Stone, Robin Williams, David Duchovny, and, again, Anthony Hopkins marked his acting. The young artist received an unusual prize as the most sensitive actor. By 17, he had worked on 20 movies.

In 2005, Anton Yelchin was nominated for the Hollywood Life Magazine's 5th Annual Breakthrough of the Year Award. The same year, the thriller Fierce People starring Kristen Stewart, Diane Lane, and Chris Evans took place. Anton Yelchin had the role of Finn Earl, an insecure and vulnerable teenager. After this project, Hollywood recognized Anton as one of the most promising young actors in America whose future was going to be brilliant.

The movie New York, I Love You brought 20-year-old Anton the real fame: the artist appeared in one of its novels. The roles of Pavel Chekov and Kyle Reese in two blockbusters, Star Trek and Terminator Salvation correspondingly, strengthened his position as well.

In 2007, when the movie You and I was shot, Anton visited Moscow and Saint Petersburg. He liked the latter city immensely but confessed he had no strong feelings toward his historical homeland; besides, he had little time as every hour was filled in his schedule. In his free time, the actor played the guitar and created music.

2011 brought Drake Doremus’s movie Like Crazy. Once again, the actor proved his skills were excellent: he portrayed an ordinary young man who could not choose between two women (Felicity Jones and Jennifer Lawrence) and got confused by his feelings. $250000 was spent on this low-budget project; a Canon camera was used. The movie won two awards: Grand Jury Prize and Special Jury Prize at Sundance Film Festival.

Many peer actors could wish they had a filmography similar to that of Yelchin: David Duchovny’s House of D, the thriller Alpha Dog starring Bruce Willis, Justin Timberlake, and Sharon Stone.

The young Hollywood star had an unusual, memorable appearance; famous designers and photographers noticed him and suggested he should try himself as a model. In 2012, Anton Yelchin and Amber Heard appeared in the glossy magazine Interview photo session. The debut proved to be successful, and the actors shot for another photo story based on the famous 20th-century play Who's Afraid of Virginia Woolf? Interview Russia published those photos in 2014.

The same year, the actor William H. Macy debuted as a director and presented his drama Rudderless. The duo of two young stars, Anton Yelchin and Selena Gomez, appeared in this movie shot in Edmond, at the territory of the University of Central Oklahoma.

The 2016 movie Porto turned out to be one of the most interesting and last works of the actor. The same year, the audience had the chance to enjoy the Mexican-American computer animated series Trollhunters by Guillermo del Toro. Anton Yelchin voiced one of the main characters.

In 2017, after the actor’s death, the psychological thriller Thoroughbreds came out.

In his last years, Anton Yelchin lived in his own house, separate from his dear parents. He was deeply attached to them and visited them frequently. Anton was the only child in the family. Yelchin spoke Russian with his parents: He was thankful to them: due to his knowledge of the language, he had the opportunity to read Russian classical literature in the original.

However, the star also admitted that his parents’ immigration was the right, brave decision: unlike in their homeland, they had limitless opportunities in the United States.

As for the questions about his personal life, Anton tried to avoid them. In 2012, he began to date Christina Ricci. However, because of the busy schedule and Christina’s university studies, the couple broke up.

Tabloids also named several actresses who were presumably Yelchin’s girlfriends: Imogen Poots and Mika Boorem who co-starred with Anton in the melodrama Hearts in Atlantis. Rumors also had the young man was dating the scandalous star Lindsay Lohan, but she denied this information and claimed that Anton and she were only friends.

On June 19, 2016, Anton Yelchin died in a car accident. According to the actor’s representative, Jennifer Allen, Anton’s friends found his body: the man was trapped between the car and brick post box on the gates.

Later, the details of the actor’s death were announced. As it turned out, the artist’s own car, Jeep Grand Cherokee, killed him: Anton had forgotten to put the parking brake on, so the vehicle started moving back and pressed the actor between a brick building and a bumper. Friends found Yelchin in the morning near his house in Los Angeles; he died of asphyxia.

On June 24, without much publicity, the Hollywood actor was buried at Hollywood Forever Cemetery, Santa Monica Boulevard, where people related to the Hollywood industry rested. According to Mikhail Kaminov, the director of St. Petersburg State Ballet on Ice and family friend, the parents experienced severe emotional trauma after their only son’s death and did not accept it. 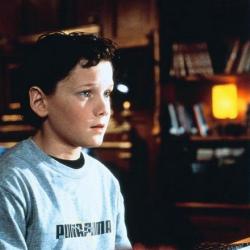