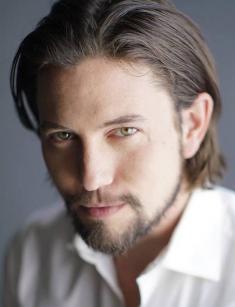 Jackson Rathbone is an American actor and musician, the leader of the group 100 Monkeys. He is famous for the role of Jasper in the Twilight saga; many fans believe this character is the most charming member of the Cullen family.

Monroe Jackson Rathbone V was born in Singapore on December 14, 1984. The parents nicknamed him Jay, the short version of the middle name. Due to the father’s work, the family had to move frequently: the Rathbones moved from Singapore to London and spent some time in Indonesia. As they came back to the motherland, the family settled in Midland, Texas.

Little Jay liked the chance of scenery: he had many impressions and new friends. The boy went to the Interlochen Arts Academy and took an interest in acting. Jackson debuted in the musical Grease and learned how to play the guitar for his role. The love of music lingered for a long time; the actor took the instrument everywhere and called it Annabelle.

Sports became another passion for the young man. The father taught him the basics of boxing; later, Rathbone was engaged in soccer, track-and-field athletics, and baseball. Nevertheless, when Jackson had to choose between acting and sports, he preferred the former career without hesitation.

The high-school period was challenging. Jay joined a group of rebel teenagers called “lost boys” and turned into a hooligan. Today, the actor can hardly understand what made him behave the way he did. Jackson has a tattoo on his lower abdomen made at that period: the words “I’m lost…”.

After graduation, Rathbone did not want to continue his education. He moved to Los Angeles to find some roles and got invited to the TV show Beautiful People. Even the first season of the series was not finished because of financial problems. Nevertheless, producers noticed the talented and attractive young man; soon, Jackson appeared in other programs, such as The War at Home and The O.C.

Rathbone debuted in cinematography in 2007 in the comedy Big Stan with Rob Schneider. The next year brought the role of Jasper Hale in Twilight, the most famous one in his career.

The project was a tremendous success: it grossed ten times more than the budget was; the movie creators won 5 MTV awards, and the cast found themselves popular. Jackson’s character showed himself fully by the third movie: the episodic figure transformed into a courageous fighter who contributed a lot to the victory of “good” vampires. Rathbone is righthanded, and he had to learn how to use his left hand during the baseball scene filming. The final part of the saga was released in 2012.

Apart from that, the actor has had no significant roles. M. Night Shyamalan’s The Last Airbender (2010) turned out to be a failure and had five nominations for Gold Raspberry including The Golden Raspberry Award for Worst Picture.

Jackson never forgot music. In 2008, he created his own funk-rock group 100 Monkeys. The musician sang and played the guitar and harmonica. Overall, five albums and seven singles were released. Four years later, the band split up.

2011 was marked with the roles in the series Aim Hight. The next year, the artist appeared in the first episode of White Collar and played one of the two criminals who were followed by experienced detectives.

In 2017, the Twilight star participated in the fourth episode of the series The Last Ship. He personified an American-Greek playboy Giorgio who tried to use the Mediterranean Sea to fulfill his ambitions.

According to Jackson, he fell in love at the age of 13. When he was in a movie theater, he had his first kiss during the famous Titanic.

When Twilight was filmed, the actor got close to his stage partner Ashley Greene. They played lovers, and the media spread rumors that their feelings were not limited to the screen. The young people were noticed together several times, and Rathbone called the woman his queen. However, Ashley did not rush to make comments about their relationship.

In 2011, Rathbone met Sheila Hafsadi during a concert of his group; they fell in love. In July 2012, the couple’s son, Monroe Jackson Rathbone VI, was born. Rumors had it the man decided to finish his music career because of family cares.

Soon, Jackson and Sheila married. The ceremony was modest; only close relatives and friends were present. Three years later, the daughter, Presley Bowie, was born; she was named after the actor’s favorite musicians.

Jackson is a tattoo lover; he has several tattoos and dreams of the family emblem all over his back. As a teenager, Rathbone used to wear an earring and had his tongue pierced; today, he wears no piercing.

From his childhood, the actor has had arachnophobia, the fear of spiders. Besides, the man is color-blind which, however, does not cause any harm in his life or career.

Nowadays, the actor tries to spend more time with his wife and children. He has recently tried himself as a producer and worked on Adi Shankar's Gods and Secrets and Horseshoe Theory; he also acted there.

Besides, the artist appeared in the Biblical historical drama Samson and personified Prince Rallah, the son of King Balek.