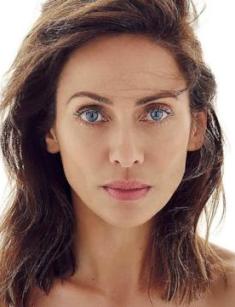 Australian alternative rock legend, singer, actress, songwriter, and model Natalie Imbruglia quickly reached her peak in popularity. Like a roller coaster, her path to success was full of exciting events, and the biography is filled with interesting moments and adventures.

Natalie was born on February 4, 1975, in the small Australian city of Berkeley Vale. Her mother is Australian, and her father is Italian. The future star inherited the main features, short temper and thick hair, from him. The girl is the oldest of four daughters, so, she had a lot of obligations, which affected her free time. Despite the great responsibility, at the age of two, the girl began to learn dancing; at the age of 11, she made her model debut. At 13, she was fond of singing and focused on it.

In addition to out-of-school activities, the future artist studied drama, but she did not enter the university because there were no such institutions nearby. Despite the seemingly doomed future in a resort town, Natalie was very ambitious and planned to have the bright future of an artist. Fortunately, the girl was soon offered a role in the Coca-Cola commercial, after which the producer of the launching sitcom Neighbors noticed her.

The beginning actress made her debut in the TV series when she was barely 17 years old. It is interesting that, in the story, she portrayed Beth, a young woman from a small town, who came to the big city in search of work. Later, Natalie repeated this way. Hoping to find a creative job, Imbruglia was disappointed with the boring filming process and compared it with the difficult work at a plant.

Despite her mood during the shooting, the woman impressed viewers, and the producers extended the 2-week contract up to 2 years. Interestingly, pop diva Kylie Minogue and singer Jason Donovan also rose to prominence thanks to Neighbors. The success of these participants made Natalie, who had long dreamed of becoming a singer, think over her future. The actress decided to start her music career a little bit later and continue shooting, although she sang secretly, preparing for recording.

Since that time, she began a new chapter in life and career. 19-year-old Imbruglia moved to London and got a short haircut, cutting her long hair, which was not allowed during the filming of the comedy.

Natalie’s life in the metropolis was not sweet and cloudless. The young woman could not find a job, and, she decided to take action, constantly thinking about recording songs:

"Now or never. Either I do something, or I go home with my tail between my legs.”

The singer’s activity helped her to find soul brothers. Natalie met the elite of young and already famous talented people. New friends immediately noticed the girl's unique style and music. The actress realized that she had met like-minded people who supported her during tough times and helped her to become independent.

Thornalley is Imbruglia's friend, the author of the then unknown song "Torn," which made the singer famous. Three more artists had performed this composition before, but it became a worldwide smash hit only after her version was released. When the singer’s popularity increased, journalists began to pay more attention to her and tried to sully the girl’s reputation in every possible way. They considered her work to be the second-rate art, but she quickly took in the situation and answered:

“I’ve never said that I wrote this song. If this song were a hit before I sang it, then it would be another matter... But nobody ever heard it!”

After that, the discussions stopped. In 1998, the singer’s first album Left Of The Middle, which included the scandalous composition "Torn," won the listeners' hearts and hit the top ten in Billboard magazine. Natalie's latest album Male was released in 2015.

This disc has become the most significant work in her career for the past few years. Inspired by her favorite male musicians, Imbruglia created a collection of classical and modern compositions, which she sang with her gentle voice. In addition to studio recordings, the singer also shot music videos that also became famous, e.g., "Torn," "Shiver," "Smoke" and many others.

The singer tries not to make her life public, and reporters know about this side of Imbruglia’s life much less than about her career. There is no reliable information, but there were rumors about the relationship between the singer and David Schwimmer, the actor of the TV series Friends. Later, it became known that the artist dated Lenny Kravitz, who married Adriana Lima when he broke up with Natalie.

Natalie also started a romance with musician Daniel Johns, whom she married in 2003. The Silverchair frontman was the singer’s husband for five years, but the couple did not have children. In 2008, they filed for divorce, after which, probably, Imbruglia began dating Kravitz again.

After the divorce from Daniel, there was little information about the relationship of the singer. The paparazzi only spread rumors on the Internet about the appearance of a new lover in Natalie’s life.

Natalie had a break in her music career. By 2015, she had starred in 5 full-length films, after which she returned to recording and released an album. Nowadays, the singer keeps impressing people with photos in bikinis, showing her trim figure.

It is not surprising that the pictures attract so much attention because her appearance has not changed at all. She is 5.25 ft. (160 cm) tall, weighing 119.05 lbs. (54 kg). Nowadays, the singer gives concerts and tours around the world. In November 2018, on her Instagram page, she announced that she was preparing to release a new album as early as 2019.

Natalie Imbruglia has a net worth of $14 million.