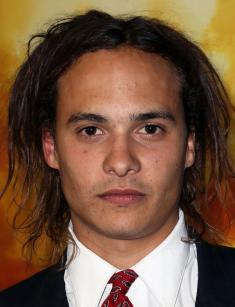 Frank Dillane is an actor, who is really a Johnny Depp look-a-like, he is best known for his portrayal of Fear the Walking Dead. Frank is a very private person when it comes to expressing his personal life.

Dillane was born in the capital of England. He spent part of his childhood in Brixton, before moving to East Sussex, where he grew up in a creative environment. The actor was born on the 21st of April, 1991. Frank has a little brother named Seamus Dillane. Their father, Stephen Dillane, is an actor who has starred in numerous movies and TV series (e.g., Game of Thrones as Stannis of the House Baratheon).

Hazel-eyed and brown-haired Frank is not very similar to his father, the typical Anglo-Saxon, because his mother, Naomi Wirthner, is Afro-Jamaican. Wirthner manages a theatre company called The Barebones Project. Besides, his uncle, Richard Dillane, is a famous actor played in Ben Affleck's Argo, the winner of the 2013 Oscar. That’s why the future of Frank was written.

Dillane spoke Komsomolskaya Pravda in his interview that he worked in a pub some time, and he made his cinematic debut at the age of six, appearing as Christopher Henderson in the film Welcome to Sarajevo with his father. They were also played as on-screen father and son in the movie Papadopoulos & Sons.

That time, Dillane was accepted to the Royal Academy of Dramatic Art. In spite of the school rules specifying that actors are not permitted to take professional acting work for the duration of the course, Dillane was allowed to play James Papadopoulos in the independent movie Papadopoulos & Sons, since it was filmed during summer holidays. Dillane graduated in 2013 with a Bachelor of Arts in Acting.

Despite acting in such films as Welcome to Sarajevo and Papadopoulos & Sons, Frank Dillane became more widely known when he portrayed Tom Riddle (a teenage Lord Voldemort) in Harry Potter and the Half-Blood Prince. The main antagonist of the legendary young wizard has naturally blue eyes, so Dillane had to wear blue colored contacts for his role.

The next picture was an American historical disaster survival-drama thriller In the Heart of the Sea where Dillane portrayed a sailor Henry Coffin. At the same time, Dillane filmed the role of Keyes in Viena and the Fantomes directed by Gerardo Naranjo.

In 2015, Frank Dillane appeared as a minor part of Shugs in the American science fiction drama web TV series Sense8, described eight strangers from different parts of the world who suddenly become "sensates"; human beings who are mentally and emotionally linked. Dillane was also being cast in an adaptation of Peter Goldsworthy's best-selling novel Maestro, where he played a leading role of a talented pianist Paul. Due to a fantastic talent and screen presence, Dillane’s character appeared very realistic and accurate.

The movie Maestro isn’t so popular in Russia than TV horror drama series Fear the Walking Dead, the next project with starring Frank Dillane as significant role of heroin-addicted Nick Clark. The young actress Alycia Debnam-Carey plays his screen sister as Alicia Clark. It is a companion series and prequel to The Walking Dead, which has been shooting since 2015. And in 2018, there was announced that the series was renewed for a fifth season.

Frank Dillane speaks two languages: English and German, plays the guitar and sings. It’s known that he does not get along with his comb very well, as evidenced by his pictures on Instagram, and he is timid. The young man appreciates the support of the family, particularly, his parents are ready to accept any of his roles.

“Even if I play a prostitute, not a drug addicted, my family doesn’t judge me at all”, - he said.

Dillane Jr. didn’t comment on the rumors about his homosexuality.

In 2012, it had come to know that Frank dated a girl named Misha who is a fan of art, charity, and dogs. Their photos regularly appear on the actor’s Instagram. By the way, Dillane seems to be very nourished, in spite of his height of 183 cm (6 feet) and his weight of 66 kg (145.5 pounds). He has no children yet.

On May 2016, Frank was arrested after a fight with a CBS Pavilion security guard in Los Angeles. However, in places of detention, the actor spent only three days and was on police bail.

In 2018, the movie Astral was added to the actor’s filmography. It will be premiered in Russia on 24 January 2019. Frank’s character, Alex Harmann, is a detached university student of physics faces the consequences of astral projection when he uses it to reconnect with his dead mother.