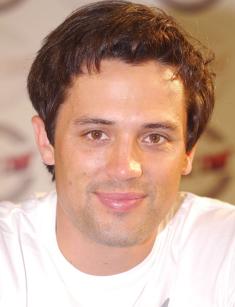 Stephen August Colletti who was born on February 7, 1986 is an American television and movie actor, director, writer and producer. He gained fame for portraying Chase in the hit teen drama One Tree Hill. The actor started his career as a reality personality. He was one of the main stars of the first two seasons of the MTV original reality show Laguna Beach: The Real Orange County.

The star hails from Newport Beach, California. He is of Italian descent. The actor's parents' names are Bruce and Lorilee. Stephen is the youngest child of his parents, and has two older siblings. His childhood and teenage passions were sports and traveling. The star was also close to his grandparents and always found exciting adventures when he visited them as a child and teenager.

Stephen became interested in acting when he was in middle school and starred in theater productions. As a teenager, he was invited to appear in the new teenage reality series. Entitled "Laguna Beach: The Real Orange County", it followed Colletti's and several other students on campus. Stephen eventually relocated to Los Angeles to find better opportunities as an aspiring actor. In 2007, he was cast as a secondary character in the fourth season of the CW legendary teen drama One Tree Hill. Three years later, the actor's role was upgraded to the main one, and he maintained this status until the show's final episode.

In 2009, Taylor Swift, who saw Colletti's previous works, invited him to portray her romantic interest in the music video for her song "White Horse".

In 2018, Stephen and James Lafferty began developing an original sitcom, "Everyone Is Doing Great". The series debuted on Hulu in 2021. Besides being the show's creators, directors, writers and producers, both of them portrayed the main characters of the series.

Stephen and Kristin Cavallari are currently hosting a podcast dedicated to their experience as teenage reality stars. In November 2022, they publicly reunited with another Laguna Beach actress, Lauren Conrad, and discussed what went on behind the scenes of the show.

The reality and television celebrity is not married. While Stephen doesn't have a wife or kids, he is currently dating a woman named Alex Weaver. She is a NASCAR host and reporter. The couple revealed their relationship status in August 2022.

The actor remained good friends with many actors he met on the set of One Tree Hill, including Jana Kramer.

The actor is very passionate about surfing and used to be a surf shop employee.

From 2004 until 2022, Stephen Colletti appeared in 20 movies and TV shows. His selected filmography includes: