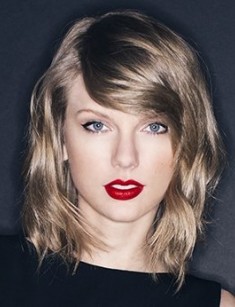 Taylor Swift is an American country pop singer and songwriter. Taylor Swift has received more than 200 musical awards. The singer is the owner of ten Grammies as the best country singer. Also, Miss Swift sometimes starred in movies, although not in the main roles. The girl got positive reviews.

Taylor Swift was born in Reading, Pennsylvania. Taylor is the first child of her parents, Scott Kingsley Swift and his wife Andrea Gardner. Both parents worked in a bank. Her father works as a financial consultant, and her mother is a housewife. Before her marriage, she worked in marketing as a special agent.

Her parents wanted their child chose a career in business and finance. Therefore, they gave their daughter a name that does not emphasize her female sex. Actually, the name was chosen in honor of one of the favorite singers of a married couple - James Taylor. Swift has a younger brother Austin, who graduated from the University of Notre Dame and works as a dramatic actor.

Young Taylor attended the Wyndcroft Private Primary School. When she was nine, the family moved to Wyomissing, Pennsylvania. So Taylor studied there. Almost immediately after they moved, the future singer became interested in music. Taylor regularly participated in castings and auditions but there were no results.

At the age of ten, the girl played the guitar and almost immediately began to write songs because she realized that it was the easiest way to express her own emotions and feelings. Taylor came to country music later. Little Swift sang "Big Deal" at the local competition and immediately got an offer to sing at the concert of the country singer Charlie Daniels.

The girl recorded demos and sent them to various music companies. Only in 2004, she signed an agreement with a well-known studio RCA Records. But this fact did not change the life of the girl. RCA Records wanted to wait for Taylor Swift's adulthood, before releasing the discs of the girl. As a result, the young singer broke the contract.

At the same time, the family moved to Nashville. The girl studied at the private Christian school of Aaron Academy because this institution allowed pupils to study at home. Thus, Taylor was able to combine lessons and regular participation in casting and concerts. In Nashville, singing at the cafe, the girl attracted the attention of Scott Borchetta. At that time, he was just opening his own record company Big Machine Records. The contract was signed and in 2006, under this label, the debut disc of the young singer was released.

In August, a single for the song "Tim McGraw" was released. In October, Taylor made her debut with the album "Taylor Swift", which critics considered successful. The listeners also warmly accepted the new singer. Taylor was even awarded the local Nashville Award as the best novice vocalist. Then there was a Christmas album "Sounds of the Season: The Taylor Swift Holiday Collection" and a mini disc "Beautiful Eyes", which made the singer more popular and brought the first Grammy nomination.

The second album "Fearless" was released in late 2008 and immediately topped the famous Billboard 200 hit-parade and became the best-selling album of the year in the first week. Swift got a lot of awards: Young Hollywood Awards, MTV Video Music Awards, People Choice Awards and the most valuable of them - American Music Awards as the best singer of the year.

In 2009, there was a scandal at the MTV Video Music Awards ceremony. Taylor Swift received the award in the category "Best Female Video". When the singer made a thank-you speech, the rap singer Kanye West appeared on stage, took the microphone and said that the award belonged to Beyoncé for the video "Single Ladies (Put a Ring on It)". Taylor Swift did not finish her speech by getting the microphone back. Beyoncé, who received the award in another nomination "Best Video of the Year", called Taylor on the stage and allowed finishing the speech. Kanye West apologized to Swift twice in a blog and publicly apologized in the show "The Jay Leno Show".

The third album "Speak Now" was released in 2010. The text and music for all twelve compositions Taylor Swift wrote herself. The album again topped the Billboard 200 rating and at that time was considered the most commercially successful work of the singer. The disc showed genre diversity of Taylor's creativity. The songs in the style of alternative rock and bubblegum-pop music along with country songs appeared in the album. Critics responded favorably about the new album, calling the songs of Taylor intelligent and strong. The album allowed seeing the depth of the talent of the singer.

In support of the album, Taylor Swift gave a number of unusual concerts. The singer performed songs on an open double-decker bus on Hollywood Boulevard in Los Angeles and in the Departure Hall at the John F. Kennedy International Airport in New York. Taylor Swift began participating in different talk shows.

The next studio album "Red" was released in 2012, which also became successful. Taylor is not afraid to experiment, invites new producers. Every time she shows new edges of her talent. 9 of the 16 songs were written by Taylor Swift. The album debuted at the first place in the Billboard 200 rating.

In March 2013, Taylor Swift with a team of musicians began a tour in support of the new album. The tour included 86 concerts. The singer performed in North America, Australia, New Zealand, Europe and Asia. Taylor sang songs from the new album along with Jennifer Lopez, Sam Smith, Carly Simon, Tim McGraw and the band The Rolling Stones.

On October 21, the singer presented the single "Sweeter Than Fiction". The song is a soundtrack for the film "One Chance". It was nominated for the Golden Globe Award.

The album "Red" brought Swift a special award from the Pinnacle Award of the Country Music Association.

In 2014, Taylor Swift presented the fifth studio album "1989". Taylor told that it was the first official pop album.

By February 2015, 8.9 million copies of the album were sold out. The singer became the owner of three albums, debuting with millions of copies.

In 2015, Taylor sang with other popular musicians such as Madonna and Kenny Chesney. She also sang "I Saw Her Standing There" along with Paul McCartney as well as the new song "Shake It Off". Such a duet gave a special sound to the provocative call "shake it."

On August 30, 2015, Taylor Swift won four MTV VMA awards, among which was the "Video of the Year" award. At the ceremony, Taylor sang with Nicky Minaj.

During the pre-show ceremony, Taylor Swift presented a new music video for the song "Wildest Dreams".

The singer has an account on Instagram, where she shares her personal and stage life. Taylor Swift has more than 100 million followers.

The popular singer with a model appearance (Taylor's height is 178 cm) attracts men’s attention. Taylor Swift has a lot of friends, whom journalists constantly name her boyfriends.

Taylor had short relations with Joe Jonas, the singer of “Jonas Brothers”. Also, she was dating the actor Taylor Lautner, with whom they appeared in the movie "Valentine's Day." She spent three months building relations with the actor Jake Gyllenhaal but broke up with him after Jake ignored Taylor's birthday. Also, the singer had relations with Connor Kennedy, the grandson of the famous president, and with Harry Styles, the singer of the band “One Direction”.

In 2015, Taylor Swift began relations with the DJ Calvin Harris. The musicians appeared together at social events and, according to eyewitnesses, did not part for a minute. The musicians were recognized as the highest paid couple of the year. In several interviews, they hinted that they were going to marry. But there was no official announcement of the wedding. In May 2016, Taylor and Calvin broke up.

At the annual ball of the costume institute "Met Gala", the singer met the British actor Tom Hiddleston. In June, the stars went to Rhode Island, and in September, the media reported that Swift and Hiddleston broke up.

Fans of Taylor do not believe in Selena's sincerity, accusing her of materialism. They think that the young singer wants to make a career, using the glory of the more popular Taylor Swift.

Also, Taylor is the godmother of Leo Thames Newman, the youngest son of the famous director Kyle Newman and his wife, the actress Jaime King.

On February 15, 2016, there was the 58th Annual Grammy Awards. The singer was nominated for seven awards for the songs "Blank Space" and "Bad Blood" and won three of them. Taylor Swift won the "Album of the Year" award and became the first woman to win twice in this category.

On December 9, 2016, the single "I Do not Wanna Live Forever" was released. The song was co-written with Sam Dew and Jack Antonoff and performed in a duet with Zayn Malik. The single became the soundtrack to the American melodrama "Fifty shades darker". 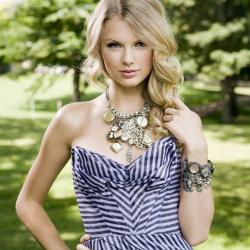