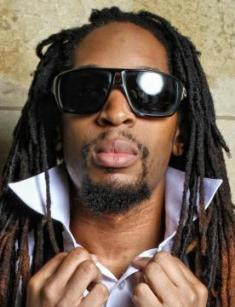 Lil Jon is an American DJ, music producer, and rapper; he earned his fame as the frontman of the group The East Side Boyz. The artist contributed to the new hip hop subgenre, crunk, and gained the Grammy Award for the song “Yeah!” Another hit, “Turn Down For What”, was also nominated for this prize and enjoyed much popularity on YouTube and MTV.

Jonathan Smith was born on January 17, 1971, in Atlanta into a middle-class family. The boy was the eldest child of the five kids and took care of his siblings. His parents worked for the military corporation Lockheed Martin.

As a middle-school student, Jonathan met Robert McDowell, Dwayne Searcy and Vince Philips; they made good friends and business partners for many years. The teenagers were fond of skateboarding and worked part-time in a bicycle store.

The young man participated in a magnet program and chose art as his major. He practiced in a youth orchestra and took an interest in music arrangement and replaying there.

The strict parents welcomed their son’s interest and allowed him to organize home parties; Jon got the opportunity to master his DJ skills. These events were called Old Eng and Chicken Parties and held in the basement of the house. Dozens of teenagers who liked electro music gathered together.

As long as Smith tried his music on peers, he began to work in local dance clubs and then got hired at a popular place in the center of Atlanta. This is when the young talent met the owner of So So Def Recordings Jermaine Dupri. The new friend helped Lil Jon begin his career and even appointed him Executive Vice President of the regional studio branch.

Smith recorded his debuting disc, Def Bass All-Stars, with the local rappers DJ Smurf, Shawty Redd, Raheem The Dream, and Playa Poncho. The premiere took place on May 22, 1996. The album received the RIAA gold certification and opened the series of the successful albums that came out the next two years. At the same time, the producer created his own team, The East Side Boyz, with Big Sam and Lil’ Bo from East Atlanta.

In 1996, the band presented the single “Who U Wit?” and introduced the new form of hip hop, crunk, notable for repeating melodic parts combined with electro rhythm sections. Initially, the audience gave Jon a cold shower; however, thanks to the radio advertisement, people paid closer attention to the project.

In the early 2000s, the group presented We Still Crunk! These songs had high positions in Billboard, and the TVT Records executive visited the band’s concert; he was inspired by the young men’s energy and signed a contract with them. It marked the first step on the national level. Soon, The East Side Boyz presented the single “Get Low” that reached the top ten of парада Billboard Hot 100; a collection of remixes followed.

In 2004, Lil Jon & The East Side Boyz recorded the multiplatinum album Crunk Juice. However, the group split up the next year due to the artistic and financial conflicts with the studio. Lil Jon tried to solve the problem and fulfill the obligations with the solo single “Snap Yo Fingers”. After that, the company canceled the agreement and left the musician without a significant part of the profit.

Following these events, the rapper started collaborating with Universal Republic Records and created the album Crunk Rock that became number five in Billboard Rap Albums and number eight in Billboard R&B/Hip Hop Albums. MTV Jersey Shore presented the lead single “Hey”, and the song “Outta Your Mind” was used in the movie Project X and the reality show So You Think You Can Dance.

In 2011, Lil Jon co-worked with the duet LMFAO and wrote the music for the trailer of The World's End. Besides, the man presented the album Turn Down for What along with DJ Snake. The song under the same title brought the artists the MTV Video Music Awards.

The rapper was aware of the great potential that collaborations had. In 2014, he teamed up with Zumba Fitness, Tyga, Yandel, and Becky G. Lil Jon continued his experiments with sounding and stage images; he recorded the single “All I Really Want for Christmas” with Kool-Aid producing soft drinks and made a duet with Eminem.

In 2004, Lil Jon married his friend Nicole. They have a son who followed in his father’s footsteps and took up music. The audience knows him as DJ Slade; the parents are proud of him.

Although Lil Jon spends a lot of time with his nearest and dearest, the details of his family life are behind social networks. The artist shares work- and charity-related photos and videos on his pages. The man does not talk much about his social work, though; still, the media have discovered he helped open schools in Ghana and provided low-income students with educational trips within the country.

At the end of 2018, the artist finished shooting for Pepsi commercials.

Today, the musician is touring in Europe and the United States: his shows will take place in Stockholm, Las Vegas, Queens, and other cities.

In East Side Boyz