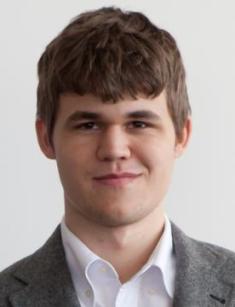 Magnus Carlsen is one of the youngest chess grandmasters in the world. On his account, the young man already has several prestigious prizes. This player achieved something that had seemed impossible: he hit the highest Elo rating of all time - 2882 points. Magnus reached this number in the spring of 2014, breaking the record that Garry Kasparov had been holding for 13 years.

The full name of the chess genius is Sven Magnus Øen Carlsen. The little boy was born in November of 1990 in the small town of Tønsberg, which is located in Vestfold county of Norway. Besides the son, there were three daughters in the family: the elder Helen and two younger ones - Ingrid and Signe.

The boy turned out to be a gift for his father – an engineer of the oil company owned by Henrik Carlsen. He is an avid chess player who has achieved an impressive result in this sport: His Elo rating is 2100 points. With the birth of his son, Henrik had a chance to raise a worthy partner in his favorite game. Henrik started on that exciting journey of fatherhood immediately.

The boy showed outstanding mental abilities. At the age of four, Magnus knew all 436 names of municipal cities in Norway. Besides, the child unmistakably named the capitals of various countries and their flags.

When the little boy was only five years old, he started school. And three years later, the guy achieved impressive results: for winning an online blitz-game, Microsoft sent the Carlsens on a yearly tour.

Magnus was ahead of his peers in mental development. Adults saw it with a naked eye. That's why school years were hard for the boy. Other children did not accept the odd kid and expressed their dislike with rudeness and bullying.

In the year 2000, Torbjorn Ringdal Hansen, an international chess master began training 10-years-old Magnus Carlsen. He is the student of Norwegian champion and grandmaster Simen Agdestein. It is noteworthy that the mentor advised the student to improve the technique of the game using textbooks of Soviet authors, including books by Mark Dvoretsky and Mikhail Shereshevsky. However, in two years, the young Magnus took from Hansen all that he could offer him. That's why Agdenstein himself started training the talented teenager.

At the age of 13, Magnus Carlsen managed to go from a young prodigy to a superstar of chess. The teenager became the youngest grandmaster, taking second place at the world championship in Dubai. This happened in April of 2004.

In Reykjavik, Magnus won over the 12th world champion Anatoly Karpov, and with the second champion – Garry Kasparov – he ended up in a draw. From this moment, the brilliant chess career of Magnus Carlsen began. Victories follow one another, hitting the chess world. In 2005, the guy entered the list of top ten players at the world championship, which was held in Khanty-Mansiysk, and managed to confirm the title of the most influential chess player in the world. At the same time – he was still the youngest.

In 2009, the Norwegian prodigy was coached by Kasparov. First secretly, then openly. Training took place from March to September. Thanks to the Russian mentor, Magnus Carlsen's technique became even more professional. As Kasparov admitted, he was struck by the abilities of the 19-year-old Norwegian. He showed talent using only intuition, with no additional calculation. He feels the harmony of the chess game as a virtuoso musician who has a trained ear feels the music. No wonder Magnus Carlsen's fans call him "chess Mozart."

In the same 2009, Magnus Carlsen participated in the tournament in China, gaining 8 out of 10 possible points. This performance is considered to be the best among all that followed. Norwegian manages to achieve the highest rating of Elo in history, leaving behind his mentors, including Kasparov.

In 2011, Carlsen managed to defeat the primary opponent at that time – Sergey Karjakin. Two years later, the young grandmaster was among the most influential people in the world. Presidents and the wealthiest people in the world are in the list next to this player side by side.

In the same 2013th the Norwegian chess player became the 13th world champion in this type of intellectual sport.

Bill Gates and Mark Zuckerberg considered it a great honor to play a game with him.

The young man checkmated Gates in 9 moves by spending 11 seconds on the game. Of course, without difficulty, the young man also beat Zuckerberg.

The Norwegian is considered a universal player, but the middlegame and endgame, in which the player is dominant, are distinguished. Many rivals and mentors respond only in a positive way on the technique and style of playing of the young man. Karjakin says that the Norwegian chess player "plays almost perfectly." Dutch grandmaster Loek van Wely claims that Magnus Carlsen is unique in that "where others do not see anything in the position, he is just starting to play." At the same time, he feels the psychology of his rival subtly.

There are even Norwegian legends about this ability of the young man. Soviet and later Swiss chess player Viktor Korchnoi said that Carlsen's success "has no direct relation to chess – Magnus just hypnotizes the opponent." And observant chess fans say that the manner of playing of this Norwegian can be called "lazy grace."

But there are also some skeptics. So grandmaster Yuri Razuvaev, describing the Norwegian star, believed that "he is the most ordinary tactician, but his positional talent is at the level of Petrosyan or Karpov."

In January 2016, the famous chess player took the 1st place in the renowned tournament in Wijk aan Zee in the Netherlands.

The greatest attention of Russians and fans of the game from around the world was focused on the Norwegian star in 2016 in connection with the fight of the guy with a strong Russian rival Sergey Karjakin. Karjakin managed to "beat" Carlsen's record, becoming the youngest grandmaster in the world – he was 12.

The match for the title of world champion was held in New York from 11 to November 30, 2016. It consisted of 12 games. It is noteworthy that this match was called the "youngest" because the opponents were then 25 and 26 years old. The prize fund reached $ 1 million. The winner received 60% of this considerable sum, and the loser – the other 40. Magnus Carlsen and Sergey Karjakin were considered the most powerful players in the world for 2016.

After 12 games were played, the score was 6:6. As a result, they had a tie-break with a shortened time control. Then Carlsen won by a margin of 3:1, retaining the title of world champion.

In the same year, one Internet portal considered eight chess debuts of Magnus Carlsen, thanks to which the young man managed to stay at the top of the chess Olympus. These include "Spanish party, Berlin Defense," "Sicilian Defense," "New Indian Defense," "Denied Queen's Gambit" and others.

In addition to chess, the Norwegian has many other hobbies. Magnus plays tennis, football, and basketball very well. He is a pro when it comes to skiing, and he loves comics.

A considerable article of income of Magnus Carlsen is the work of a guy as a model. The young grandmaster advertises clothes of the famous Dutch company G-Star RAW. Magnus's colleagues are Liv Tyler and Gemma Arterton. Advertising campaigns bring the chess player for more than a million dollars a year.

A lot of young girls are ready to fight for the heart of the chess star. Being more than 6 feet tall, the chess star is a prominent guy. However, the love life of Magnus Carlsen is still uncertain. This young man with a heavy look at the question of The Daily Telegraph newspaper about personal life said that the creation of the family is not his priority at the moment. Until he was 25 years, the young man had never been in love. In the same conversation, the chess player noted that he had crushes, of course, but he had never been in love.

In 2017, one beauty managed to win the heart of the king of the chessboard. The young man confirmed that he was in a relationship with a girl named Synne Kristin Larsen. Magnus changed his Facebook status and posted a couple of photos with his girlfriend on Instagram. However, Carlsen did not disclose the details of this love affair, so no one knows whether young people stay together or not.

In 2014, Magnus was assumingly in a relationship with Kate Murphy, the CEO of Play Magnus. But young people denied these rumors.

The young man lives in Oslo and in 2015 he moved to his own house. In an interview with a journalist, he shared that the purchase of the mansion –was the way the guy took care of his future when the young man would have a family.

Before achieving outstanding results in chess, Magnus played football and became a prize-winner of ski jumping. Today, the young man is a devoted fan of the Real Madrid football club. In 2013 and 2014 he did the honors of making a symbolic kick-off in the games of this club.

In addition to chess and advertising, Carlsen opened a business and promoted his own brand. The young man has developed a chessboard that is suitable for both children and adults.

The guy also enjoys spending time on his computer. The star promotes chess through the program "Play Magnus." He does charity work.

Once Magnus admitted that he sleeps for 11-12 hours and that a strict schedule was not for him.

One famous American Director offered Carlsen to star in a film. The chess player agreed, but could not get a visa. The young man often participates in television shows, gives interviews.

In the 28th season of the popular animated series, The Simpsons Magnus became a character of the project.

Magnus Carlsen has a net worth of $8 million. From 9 to November 28, 2018, Magnus Carlsen again had to prove that he was worthy of the title of a world chess champion. The opponent of the guy and the contender for leadership in the world championship was the American Fabiano Caruana, who in March 2018 won the tournament of chess contenders.

The upcoming autumn tournament will consist of 12 games, the results of which will reveal the best chess player in the world.

In 2018, the publishing house "Russian chess house" released the book by the authors Alfonso Romero, Dragan Barlov, Luis Vasquez-Bernal, Renier Vazquez, and So Wesley under the title Chess School of the World Champion Magnus Carlsen.