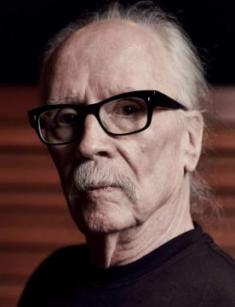 As a famous proverb says "It is the first step that is troublesome," but director, composer, screenwriter John Carpenter proved the opposite because his debut feature film Halloween became cult and one of the most commercially successful projects of all time.

He created the image of violent maniac Michael Myers who escaped from a psychiatric hospital to render justice and inspires horror makers till the present day. Moreover, the terrible music composed by John makes the blood of modern viewers run cold.

John Howard Carpenter was born on January 16, 1948, in the small American town of Carthage, New York, but spent his youth in Bowling Green, Kentucky. As a child, John was surrounded by music and art, since his father was music professor at Western Kentucky University. The choice of an educational institution was evident for the boy and his relatives. When he entered the university, the young man could already play several musical instruments such as piano, guitar, and aerophone.

His parents dreamed that he would realize his potential as a composer, but at the age of 8, Carpenter Jr. became interested in the cinematography. John often worked with his home camera, trying to make the first short movie.

That is why he continued his studies at the University of South Carolina, where the young man managed to prove himself as a talented novice screenwriter and editor. There he met Dan O'Bannon (scriptwriter of such legendary films as Alien and Total Recall) and other gifted students.

Creative like-minded people set themselves the task of making a short fantasy comedy about a dangerous mission that involved four spacecraft drivers. However, the shooting lasted several years, and a short film turned into a full-length one.

The feature film Dark Star of the young science fiction film directors premiered at the Los Angeles International Film Exposition. The comedy, which became a start in life for the students, was appreciated by George Lucas (director of Star Wars). Carpenter proved himself to be a promising director, producer, screenwriter and composer.

After the first successful collaboration, John wanted to conquer Hollywood. He shot the western film Assault on Precinct 13 and the short film The Resurrection of Broncho Billy. Although his filmography was not extensive, Carpenter's next work was the cult horror film Halloween, which was subsequently selected for preservation in the National Film Registry.

In 1978, the horror film marked the beginning of a new genre of slasher films, a teen horror movie involving a violent maniac murdering teenagers. Low-budget Halloween (its budget was $320 thousand) grossed $35 million worldwide and became one of the most commercially successful independent films.

Two years later, John shot the 90-minute mysterious thriller The Fog about the restless ghosts of dead sailors in a small fishing town. The director's muse and the "scream queen," Jamie Lee Curtis, played the leading role in it.

The next movie The Thing, released in 1982, became cult. This time the director expanded the range of genres and used detective themes. The film about the space alien at the polar station, who changes his appearance and kills anyone in his path, also starred then-beginning actor Kurt Russell. The Thing caught the fancy of both lovers of bloody scenes and fans of detective and fiction stories.

Carpenter could not but shoot a project based on the work of the literary horror king, Stephen King. So in 1983, he became the director and composer of the film Christine about the car with supernatural powers. The movie was not appreciated by film critics but received a Saturn Award nomination for Best Horror Film.

John's next project was a fantasy melodrama about a man from a star who arrived on Earth to experience the joy of love. Although the 1984 film Starman was different from the director's previous works, it retained the philosophical implications of Carpenter's movies and a fantastic plot.

The director did not stop experimenting on the form and the presentation of his movies. Two years later, he released the comedy-thriller Big Trouble in Little China about Chinatown in San Francisco, where magicians competed for the opportunity to win the heart of an attractive Chinese woman with green eyes. The film was a box office flop but subsequently became cult due to the combination of American and Eastern cultures that inspired the creators of the game Mortal Kombat.

After this misfortune, John stopped working with famous producing studios, making low-budget films, which he always wanted. During this period, horror films Prince of Darkness (1987), They Live (1988), Body Bags (1993), In the Mouth of Madness (1994), Village of the Damned (1995) were released. Although the movies were warmly welcomed by viewers, they could not surpass the success of the director's first project and were a commercial failure.

For want of anything better, Carpenter returned to large studios which financed his work well and controlled it significantly. So, in 1998, the American-Japanese film Vampires was released, starring James Woods and Sheryl Lee, and in 2001, the fantasy thriller Ghosts of Mars, which told about the great danger that earthlings would face on Mars in 2176.

For the first time in nine years, the horror king released his new full-length film, a horror story about a girl trying to escape from a psychiatric hospital and unravel the mysterious disappearance of patients. The Hollywood beauty, Amber Heard, played the title character in The Ward. Film critics and viewers were not enthusiastic about the movie.

In 1979, after the release of the cult movie Halloween, John married a young actress and writer, Adrienne Barbeau, who later appeared in his film The Fog.

In 1983, the couple had a son, Cody. However, the child could not save the marriage, and the creative couple broke up when the boy was one year old.

Carpenter's personal life improved in 1990 when he married producer Sandy King. Although they have not had children in the director's second marriage, John lives happily with his wife now.

In 2018, John joined the film crew of the new project titled Halloween about the return of Michael Myers and worked as executive producer and composer.

Now the director does not give interviews and does not post photos on the Internet, so it is difficult to find out about his plans for 2019. It is only clear that any Carpenter's project would eventually become cult.

John Carpenter has a net worth of $35 million.